10 Relationship Green Flags That Prove He’s The One

It’s finally March so what better way to start the “green” month than with relationship green flags. Sometimes it’s hard to tell if the guy you’re seeing is worth continuing a romance with. When we get caught up with someone, we usually don’t see things that clearly. And when we get caught up with the wrong people, we lose sight of what makes a suitable partner. There are signs that he’s not the real deal. Then there are signs that he’s a keeper. Here are some examples on what makes a good boyfriend.

He’s Nonjudgmental
When you’re going through a hard time, he’ll listen and communicate without putting you down. He won’t roll his eyes, storm out of the room or make degrading remarks about you. He will simply listen and make you feel comfortable talking about hardships in front of him.

He’s Polite to Restaurant Staff
He should really be polite to any employee, but restaurant staff is a big one since both of you will spend a lot of time at restaurants on date nights. Sometimes it gets hella busy at restaurants and it’s important that both of you are patient and polite to the employees. If your guy ever shows a sign of impatience, hostility or annoyance at a restaurant staff member, that is not a good guy. But if he is kind, understanding, tips well and says “Thank you,” that’s a great sign that he is respectful to hard workers.

He’s Kind to Children
This doesn’t mean he’s looking to have children or that he’s even a kid person in general. Some people aren’t the greatest communicators with kids, but it’s always important to be kind to them. Nothing is worse than a guy who gets annoyed when your little nephew wants to play or talk about using the potty. It’s okay if your man isn’t a Santa Claus when it comes to kids, but as long as he smiles and attempts to be sweet and playful, that’s a good quality.

He Respects Your Needs
Physical, emotional, personal, whatever they may be, it’s important to be with someone who will take this seriously. If you’re not in the mood to have sex, then he backs off. If you need a couple days by yourself, then he should respect that. If there’s something clouding up your mind that you would rather not discuss, then he’ll respect that choice, but will offer to be there if you change your mind. 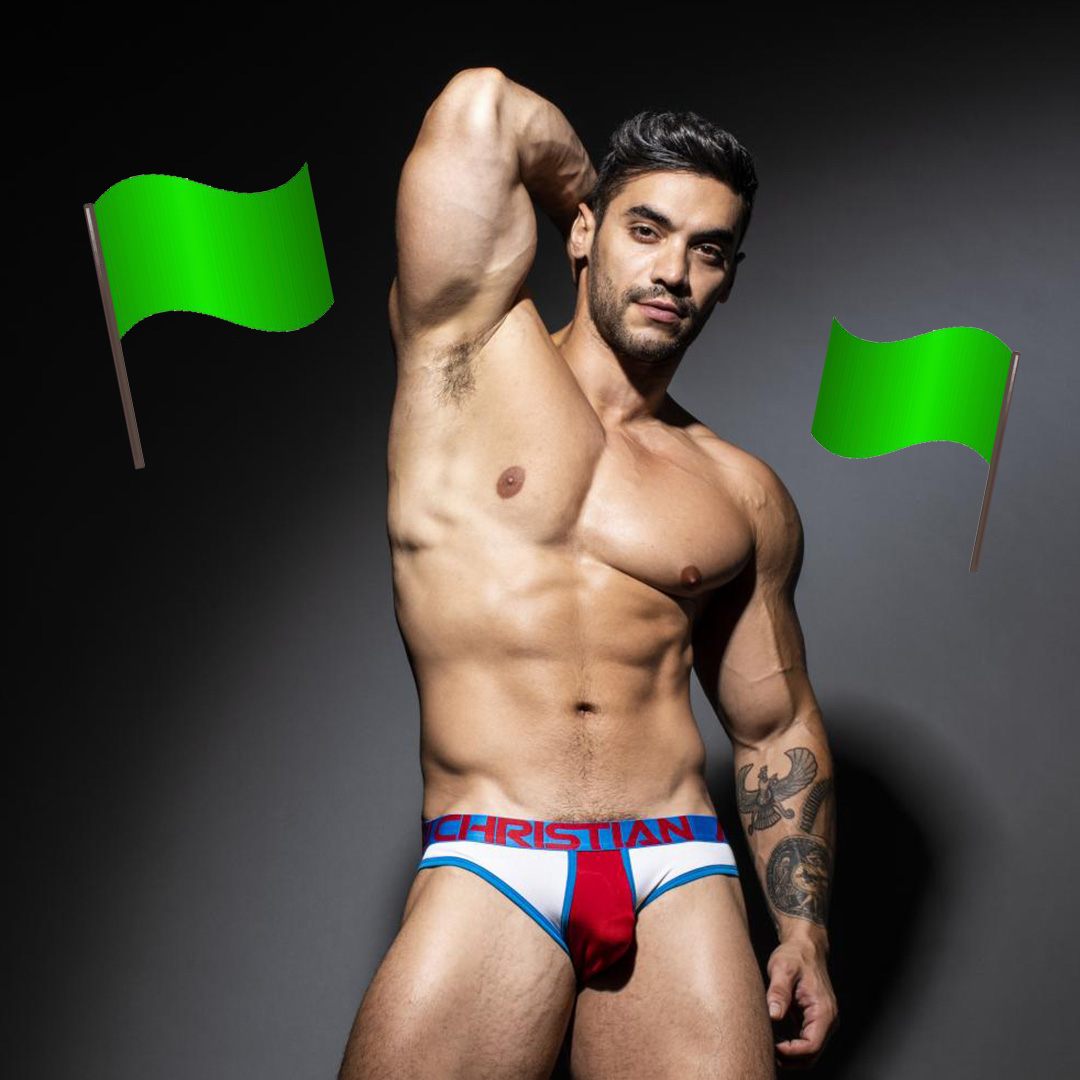 He Offers His Help
This can go a long way because showing how much you care requires action. If you’re having trouble fixing the dishwasher, he’ll lend a hand- even if it’s just to hand him the screwdriver. If you’re throwing a party and realize you don’t have enough booze, he’ll offer to make a quick stop to CVS to grab a few more bottles. Even if you don’t “need” his help, just the offer, itself, makes a huge difference.

He’s Kind to Your Friends
A man who is polite to the people you care about is a huge green flag. Your friends are some of the most important people in your life and you don’t want a boyfriend who gets jealous or insecure if you want to hang out with them. You also don’t want to date someone who sulks and gets passive aggressive when he’s hanging out with you and your friends together. He can feel nervous about getting to know the close people in your life, that’s normal. But as long as he tries to get to know your friends and they actually like him, then that’s a guy worth keeping.

He Reaches Out for No Reason
When a guy likes you, he will show it. And he won’t have to do it for any particular reason. He will reach out simply to ask how your day was or to say he’s thinking of you.

Intimacy Feels Natural
Any type of intimacy you share with him should feel comfortable. Sometimes we get involved with guys who always need sex to be rough or only want to do it once a week- which is fine, if that’s what both of you are okay with. But overall, both of you should feel complete satisfaction when you’re physically close. And this isn’t just about sex, it’s also about cuddling, hand holding, kissing, getting cozy, etc. All of this should feel comfortable for you without any sense of awkwardness or discomfort.

He’s Easy to Talk to
Not just about hard stuff, but soft stuff too. You should be able to have easy conversations about your favorite movies, what your day was like at work, your favorite hobbies and hilarious memories that happened before you met him. You should never feel an awkward silence or like you’re always the one to initiate a conversation. This part should feel effortless!

You Enjoy Him- Not the Image You Made Up
If you’ve created an idea of what you want him to be just to get annoyed that he’s not living up to that standard, then you two are not a match. You need to be in love with the man he is, not the scenario in your mind. But if the real-life version of him couldn’t amount to any image you made up, then that’s a wonderful sign.

Only you get to decide what makes a green flag. Just know what the signs are sooner rather than later. You don’t want to look back and know that you could have done better.