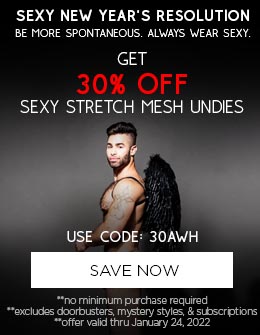 4 Tips How Not To Misgender Someone

Do you remember the years at school when there were only boys and girls in the classroom, and nobody ever questioned the pronouns they went by? Today’s kids in early elementary school are already questioning the rudimentary stereotypes about gender. But it’s not only the youngsters who are curious about the occurring changes in gender identity. Just one example: In 2019, searches for “they” increased by 300% over other pronouns in general, which comes to show that people are educating themselves about gender-neutral pronouns. In Sweden, they have already introduced the gender-neutral pronoun hen, which teachers are encouraged to use instead of he and she.

Despite the increasing social awareness, however, the bigger percentage of cis people are still quite insensitive to trans and non-binary people’s issues, and don’t care much about using the right pronouns when interacting with them. But sometimes misgendering someone occurs completely unintentionally. Yet, it can still be harmful.

Here are some tips on how to avoid misgendering.

I’ll tell you mine if you tell me yours

If you find yourself in the company of strangers, instead of sitting quietly and trying to guess who’s where on the sexuality spectrum, be the first to make a move. The right way of finding out what pronouns a person is going by these days is by giving your own. Have you noticed that more and more people are giving their pronouns in their Instagram profiles? For example, “Kosta Zakaryan, choreographer (he/him)”, or, “Hanna Lauritzen, musician (they/them)”. Of course, it may feel awkward at the beginning. After all, just a couple of years ago nobody would expect you to do so - they’d just look at your face and your clothes and presume you’re either male or female. But now, with guys wearing gowns and skirts, and androgynously looking people like the adorable Tilda Swinton (who, by the way, has finally come out as queer), one can never be one hundred percent sure. So, better ask and be safe than sorry.

If the setting doesn't predispose you to directly ask someone about their pronouns, you can still steer away from risk by avoiding gender language in general. Yes, it takes some effort and full concentration, but with time, it will get easier. If you’re wondering what exactly qualifies as gendered language, here are some examples:

Instead of “sir” or “ma’am” use “my friend”, “dear guest” (although it’s a bit informal, hence not suitable for some situations), or similar phrases. For a bigger audience, suitable terms can be “y’all” and “folks” instead of “ladies and gentlemen”. Keep in mind, though, that these are also completely unacceptable if you are at a scientific conference, for example! Some may argue that adjectives such as “handsome” and “beautiful” are also heavily gendered, but modern vernacular English allows both words to be used when addressing people no matter their gender. So, to me, personally, they are totally OK.

At some point, we all need to stop making assumptions about people we meet based on their name, voice, clothing, and overall appearance. It sounds impossible, like unlearning to ride a bike or unmemorizing the multiplication table. Even within the queer community, people constantly remind each other what pronouns to use! But like training our bodies, our minds can also be trained to remodel the basic concepts of gender and identity.

…you make a mistake and you realize it seconds later? OK, it’s not a biggy. It’s not like you farted during a church mass and every single head’s turned in your direction. Besides, we are not living in the Middle Ages and you’re not gonna be burnt alive on the central square as a punishment for what you did. Apologize like you really mean it, and move on. What is important when interacting with trans and genderqueer people is to be respectful, but not treat them like they are any different.

If you notice that someone else has misgendered another person, intentionally or not, it is recommendable that you correct them.

On the whole, the best approach is the simplest one: Listen to how people refer to themselves and everything’s gonna be just fine.