Pride month shouldn’t be the only reason to visit Europe in summer. Making friends in cozy bars, hooking up with other sexy singles, or simply changing the scenery are also pretty good reasons to consider when thinking solo traveling. Break the mold this summer by skipping the trivial gay vacation spots and hit some less popular towns instead.

Here are our alternative suggestions for summer’22. 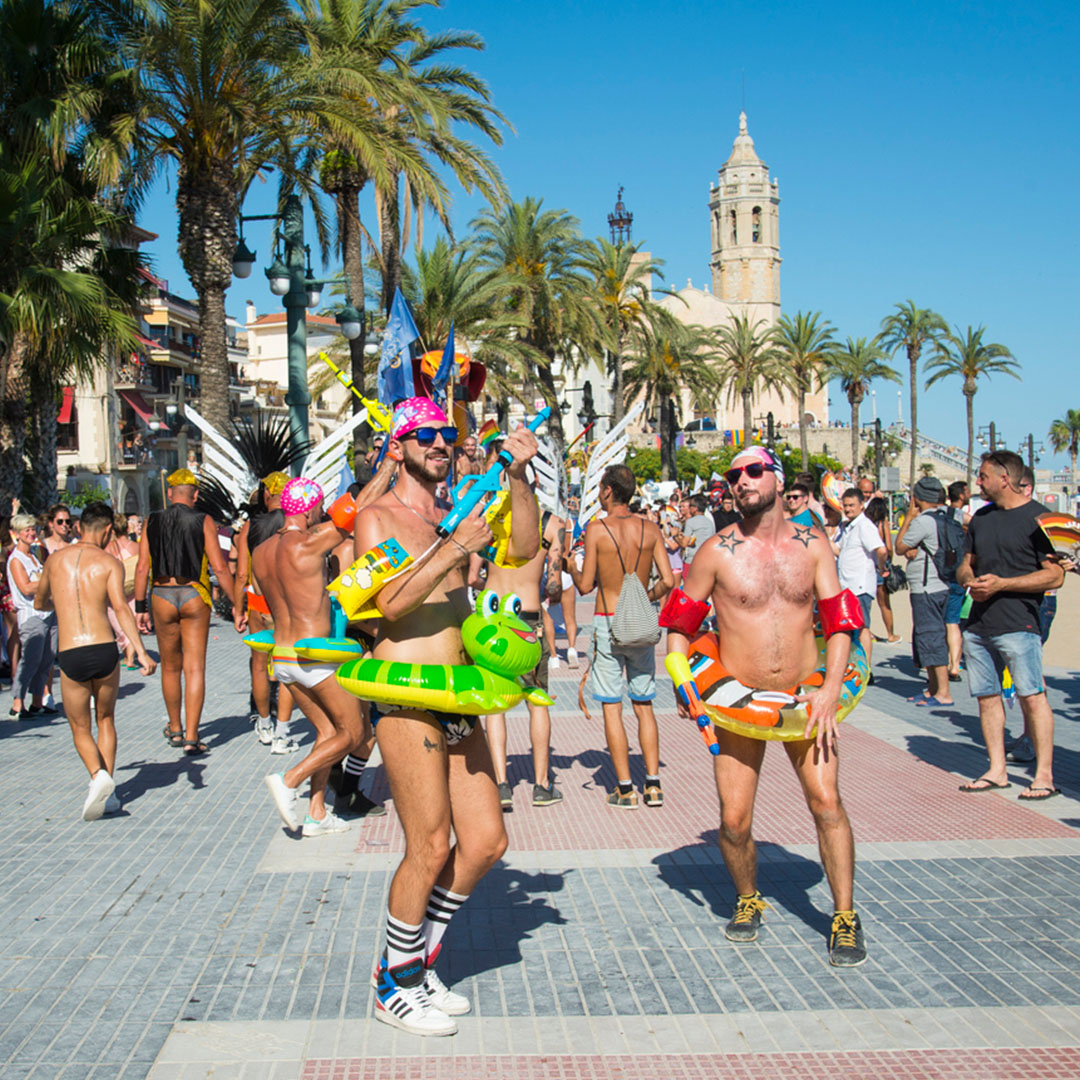 Many people wrongly think that London is the Mecca of gay life in the United Kingdom when it’s Brighton, really. This resort, only an hour's ride from London, is considered the unofficial gay capital of the country. It’s not only the most popular seaside town but also the gayest place to live - in every sense of the word. Because of its notoriously gloomy climate, the UK may not seem like the cleverest choice for the enthusiastic beach-goers, but once you are in Brighten, make sure not to miss one of its primal attractions - the nudist beach. Besides voyeuristic pleasure, the beach can also offer clean seawater (it’s been awarded a European Blue Flag for quality!) and beautiful Victorian seafront arches that are now turned into trendy bars, cafés, and clubs. Wear flip-flops at all times as the beach is of shingles and pebbles.

This tiny country, whose population is a bit over half a million, has made the biggest progress when it comes to LGBTQ rights. The Spartacus Gay Travel Index from 2021 ranked it number two among the most gay-friendly nations in the world (with Canada being traditionally the kindest one). On the streets and in broad daylight, you can see same-sex couples stroll hand in hand with zero worries, and it is not an issue if one decides to identify oneself as gay, bi, pansexual, or a blue elephant. Some popular places where gay people usually hang out are Michelangelo, the most prominent gay nightspot in the capital Valetta, and The Birdcage, a bar in the village of Rabat, which hosts drag shows and eccentric cabarets. There’s no official gay beach on the island. But if you’re looking for some privacy to continue what you started with the hot guy at the club the previous night, take a trip down an unpaved path to Fomm ir-Riħ - one of the bays located in the Northwestern part of the main island. The view is breathtakingly beautiful, and the beach is the most secluded one in Malta. There, you can play doctor with your new friend as much as you want.

The Balkan nations are not among the most open-minded in Europe when it comes to gender equality and “non-traditional” sexualities, but Belgrade is one wonderful exception. The mere fact that in 2017, Ana Brnbic became the first openly gay Prime Minister speaks in favor of choosing the Serbian capital for your next travel destination. Although the gay scene in Belgrade is relatively low-key, there are still some really fun bars around Cetinjska district (which the tourists have named “Small Berlin”) catering to the needs of gay clientele. Also, there is a nudist section of Savka Lake Beach where you can go “fishing” for sweet asses.

In September this year, Belgrade will host EuroPride - a clear sign that the city’s striving toward introducing more liberal views into society.

Be warned though! Discretion is highly advised at all times because far-right Neo-Nazi groups are known to act in the country.

While we’re still in the Balkans, let me lead the way to another unorthodox and highly underrated gay-friendly place. Croatia is not exactly a gay Shangri-La, and there is no specific gay scene, but you shouldn’t be bothered by that fact because Dubrovnik is considered the gay friendliest city in the country, if not in the whole Southeast Europe. A charming, although a rather costly way to visit Dubrovnik is by taking Prince Charming Gay Cruise that sails from various ports all over Europe. Once in Dubrovnik, I’d recommend the hard jazz café Troubadour, the regular clientele of which is a jolly mix of both gay and straight locals.

Fun fact: Croatia is the birthplace of Nikola Tesla, the necktie, and… the parachute!

Only 30 minutes southwest from Barcelona, this beautiful town can offer a lot of everything that you can expect from a Spanish sea resort - Mediterranean beaches, mind-boggling marina, romantic cobbled narrow streets. The bustling with life gay scene is a rare find as one doesn’t really expect a small town like Sitges to have more than one or two gay bars. But they pop up on every corner. What’s more, there are three gay beaches, the most popular of which is La Playa de la Bossa Rodona. You won't have trouble finding it - just follow the parade of guys in tiny Speedos. To a lonely traveler, the town can also offer cruising clubs, gay saunas, and gay shops.

Sitges' bars open at 5 pm and by 8:30 all the bars are already packed with people. Clubs get busy from 3 am.

If you find any of these suggestions for trip destinations tempting, don’t hesitate - pack up your flip flops, a towel, a couple of Speedos, and a package of Trojans and hop on the plane.5 untraditional gay destinations in Europe to go stag to this summer.