5 Gender-Fluid Celebs We Die To Date

Let’s be honest here, most people nowadays are still struggling to understand the concept of gender fluidity. Even people who identify themselves as gender fluid find it difficult to explain how exactly it works. But it’s not that complicated, really. To put it simply, no matter what physical shape God put you in, some days you feel more female than male, and it’s vice versa on, say, Sundays and Mondays. More and more celebrities put themselves out there stating they either feel as a mix of genders, or have no gender at all. The desire to escape the stereotypical image the entertainment industry has been trying to sell us for decades, makes the non-binary celebs even sexier and more desirable. Here is out list of five gender-fluid celebrities we’d definitely like to f… , ooops!, date.

In the beginning, we thought that extravagant appearances on the red carpet were just a desperate cry of a kid who’d been living their whole life in the shadow of their famous parents. Jaden would go to school wearing a skirt. And they claimed they had a mission. One day, five years from now, they said, the next generation of kids will think that certain things which now appear ridiculous will be just normal. Beside being a gender-fluid, non-conformist, rapper, singer, and actor, Jaden is also an avid conspiracy theorist, and a vegan - a fact that made their parents, Jada Pinkett and Will Smith, stage an intervention about their eating habits and their “declining” health.

Don’t you get the creeps every time you remember the 19-year-old Ezra in the role of the evil teen who goes on a killing spree at their high school in the 2011 psychological thriller We Need to Talk About Kevin? I bet you do. Years have passed, and Miller has grown into one of the most interesting and provocative actors Hollywood has ever brought to fame. He’s not hyperbolic in their tendencies, as many would describe them, they is honest. And slender. And has high cheekbones, and a perfect jawline, and, oh yeah!, the most sensual lips! Just recently, he’s been proclaimed the gender-bending fashion icon the LGBTQ+ community needs right now. Ezra Miller is as comfortable wearing an iron suite for a superhero movie, as wearing heels and a wedding dress for a Vogue photoshoot. For the kids who look up to them, he’s a great example, and for the rest of us - just a great boyfriend/girlfriend we’d love to date. 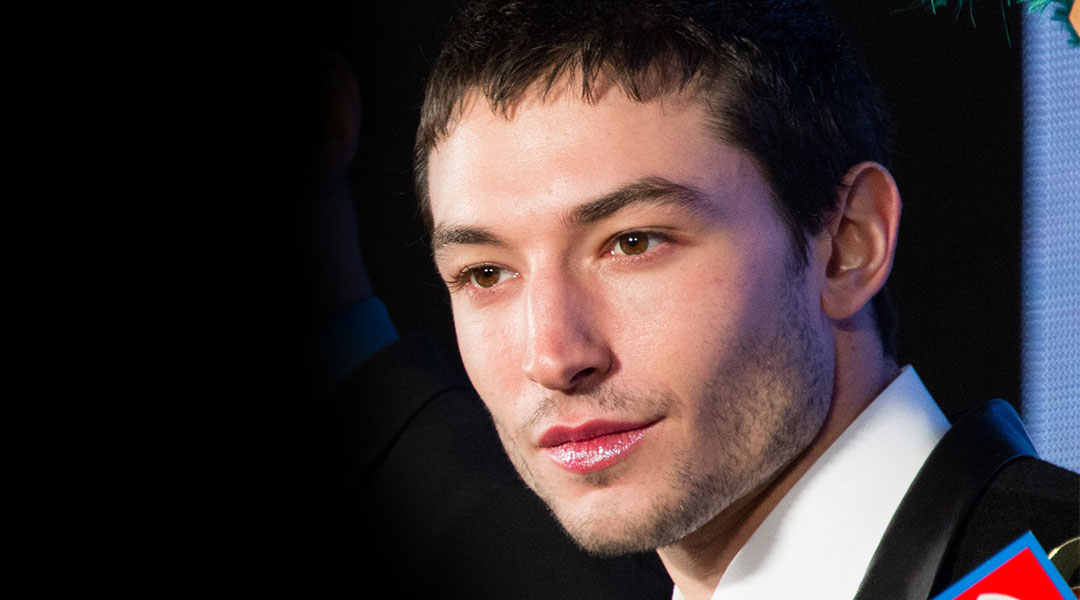 Actor, model and activist, the 30-year-old Rain Dove has been posing as female and male in photoshoots for years. In one of their most infamous Instagram posts, they says, “I’m not a boy. I’m not a girl either. I am an I. A Being in a vessel that cannot accurately be compared to another Being.” We don’t know if he’s still dating actress Rose McGowan, but in case they’ve split, he’ll be on the list of the most sexiest eligible gender-fluid famous people on the dating scene!

Their name may sound insipid and boring, but the person behind it is as colorful and gay as the Rainbow flag! Just seven months ago, the Stay with Me singer opened up about being non-binary. They claimed they “floats” between female and male personality, and asked to be addressed by the pronouns they/them. On their Instagram, they wrote, “After a lifetime of being at war with my gender I’ve decided to embrace myself for who I am, inside and out.” And yes, we’d also love to embrace you, Sam. Especially now, when you’re no longer dating actor Brandon Flynn!

We know them as “Josh” from the comedy-drama series Younger. And the fact that the 31-year-old model-slash-actor is married to another gender-fluid person, Bethany Meyers, doesn’t make us want to date them less. The two lovebirds have been in a polyamorous relationship for over a decade, so, we guess, Nico won’t say a firm “No” to some extra-marital activities. For some time, the guy has been using they/them pronouns for themself and also for anyone else they finds appropriate. They says, “The less I believe in the binary of gender, the more liberated I myself am becoming.”

So, my dear friends, at the end of the day, just think about what you really love: Is it the thingy in somebody’s pants, or is it their very somebody? If it’s the latter, we welcome you to a world where everybody can be whoever they feel they want to be!