6 Gay TV and Movie Gay Couples We Love the Most

Posted on October 8, 2019 by Andrew Christian

They are Scarlett O’Hara and Rhett Butler, Rose and Jack, Harry and Sally… only in their best gay versions. There are certain gay relationships in film and television that are so full-on emotional, loveable, and romantic that, despite our modern scepticism, they make us believe that love conquers all.

We present you with 6 TV and film gay couples who not only smashed societal prejudices, but are also so real and honest that it is just impossible not to love them.

An ageing gay couple, Armand (Robin Williams) and Albert (Nathan Lane) are owners of a drag bar in South Beach in the early nineties. Everything’s too exaggerated and very much cliché ridden, but we don’t really care. The performance of both actors is so earnest and emotional that when the moment comes for Armand to declare his love for his effeminate husband, we are overwhelmed by sudden feeling of warmth. It’s really one of these movies that make you stop dead and watch all the way to the end. No matter what needs to be done, or if the house is on fire.

When Brokeback Mountain came out in 2005, it seemed that the audience wasn’t yet ready for such a raw, painful and intense romance between men. The story takes us back to year 1963, when Jack Twist (Gyllenhaal) and Ennis Del Mar (Heath Ledger) are hired by a rancher as sheep herders somewhere in Wyoming. They spend months in a row together, with no living soul around. Not counting the cows. I am not wasting time and space telling how the story goes further, because I’m sure everybody’s watched the movie more than once. I’ll just remind you of one simple line that captures the essence of the tragic love these two unconventional gay characters shared. Jack Twist: I wish I knew how to quit you.

Let’s be honest here. If your bipolar gay son Ian (Cameron Monaghan) hooked up with a spoiled kid like Mickey (Noel Fischer), you wouldn’t be exactly in the the seventh heaven. The dynamic between the two lovebirds onscreen, however, makes you want more and more of this violent, yet touching and quite atypical relationship. Although neither of the actors is gay in real life, the chemistry between them feels 100 percent real. The antagonism and the fighting-to-fucking drama that is constantly going on between these two hard-headed and fierce boys make them a couple that definitely deserves the audience’s admiration. 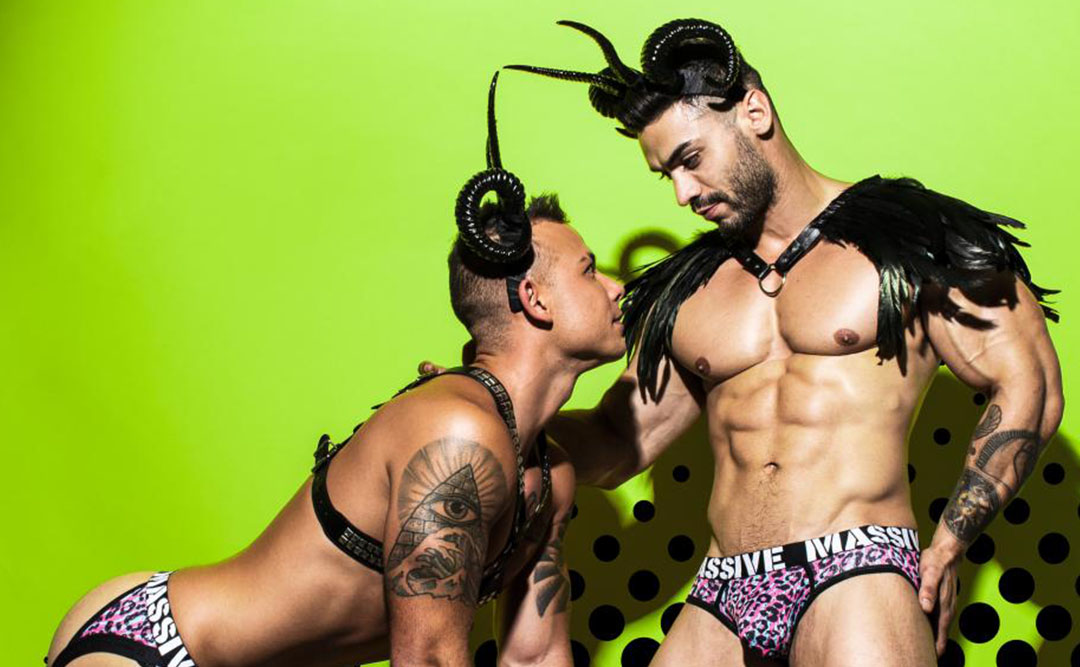 In the early 2000’s, the relationship between a neurotic funeral director (Michael C. Hall) and a police officer (Mathew St. Patrick) gave us the new standard for portraying a complicated gay relationship in a TV series. This couple kind of grew on the audience because both characters were relatable, realistic, and grounded. What’s more, we loved David and Keith because they made us not be afraid to resolve the issues with our own dysfunctional families.

5. Connor Walsh & Oliver Hampton (How to Get Away with Murder)

We love those two (portrayed by Jack Falahee and Conrad Ricamora) not because 50% of us want to be Connor and the other 50% want to bang him. Oh no! At the beginning of this drama series, Connor seems to be the stereotype of a promiscuous hot gay man. However, when he starts dating the humble and sweet IT brainiac Oliver, his cold personality begins to soften. And somehow they manage to even each other out. Don’t we all just dream of being in such kind of a relationship?

We love the performance of Timothée Chalemet as “Elio” and Armie Hammer as “Oliver” not because they promised each other to stay together till the end of the world (which they didn’t, of course, because they lasted only one summer). We love them because their story brings forward memories we deeply cherish ourselves; memories of a pure and please-stay-here-forever teenage love we once had. Well, not necessarily in Italy, but still… And although Elio and Oliver never exchange an “I love you”, we are left with the feeling that what they had was indeed a beautiful and moving love story.