Posted on February 6, 2020 by Andrew Christian

Тhree years ago, a music video by the Australian singer Brendan Maclean was pulled from YouTube (after reaching nearly a million views!) because it violates, and I quote, “YouTube’s policy on nudity or sexual content.” Censorship in music industry has always been “the bad guy”. TV networks, radio stations and whole countries have tried to silence “indecent” artists like Madonna, Lady Gaga, Prodigy, Eminem, Miley Cyrus and even The Beatles, for God’s sake! And when it comes to gay sex in videos, the situation gets even more intense. And yet, it’s there, the gay sex, and nobody can remove it with some magic eraser. Here is our list of six memorable music videos containing gay scenes.

Take Me to Church - Hozier (2013)
This video is a deep and honest representation of the scary reality that still exists for many gay people. We first see two young guys in a relationship - hanging together, smoking pot, kissing, normal things. Then, the video takes a horrific turn, showing men with their faces covered, hunting like predators one of the guys after finding out about his sexuality. It was partly because of the video that Hozier’s song quickly rose to the charts in 2013-2014. 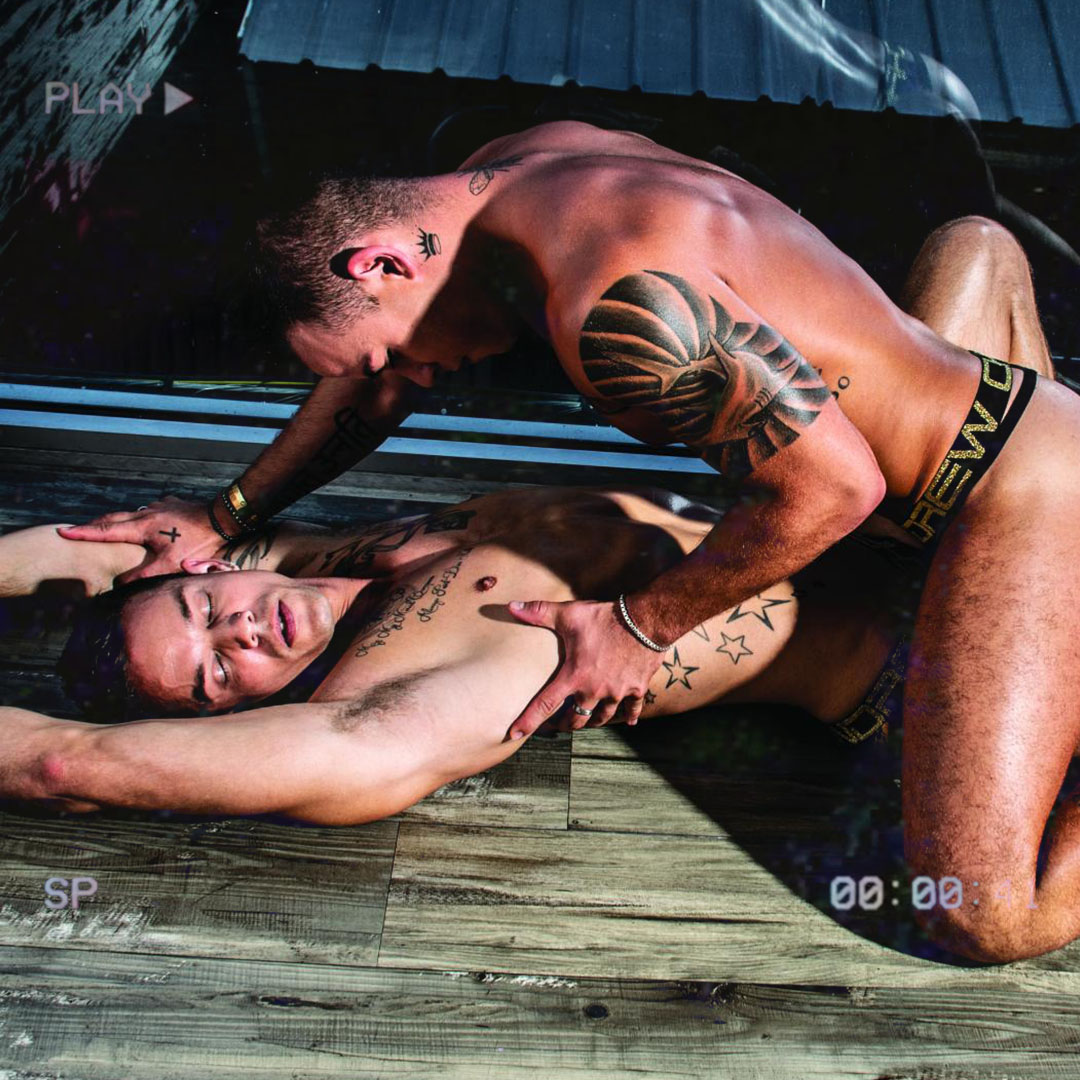 WILD - Troye Sivan (2015)
Nice and fresh - both the artist and his music! In this video, a group of friends of various genders, colors and sexual orientations party outdoors while falling in love with each other. Or fall in love while partying outdoors, doesn’t matter. The point is that our Troye is falling for a boy as beautiful and twinkish as himself, and we see the couple indulge in lots of kissing-and flirting. According to some reports, the video’s ending with the hashtag #KeepOnKissing has encouraged many of the young artist’s fans to come out or demonstrate their same-sex relationship on social media.

Androgyny - Garbage (2001)
Apart from the fact that the video is exquisitely executed, what makes it so special is that it shows the rise of gender fluidity, despite being 19 years old! Men and women in either gender’s public bathrooms, brushing aside societal norms of their biological gender is something that was not to be seen every day in music videos back then. Actually, any Garbage fan would tell you that in the course of the impressive 27 years of their existence the band has always transcended races and genders, which kinda makes them pioneers in the field. As for the lead singer, Shirley Manson, she has never been just a mainstream gay icon. She is THE alternative gay icon!

The Love You Have In You - Asbjørn (2014)
Most probably, you’ve missed this one, but we can assure you it’s a true Scandinavian gay gem. The Danish pop singer Asbjørn has come up with something really beautiful and emotional, both in terms of music and imagery. The artist explains the song and video’s message as follows: “I have written a very honest song that reflects my love life. I hope it will sooth your hearts as it did mine.” If we succeeded in capturing your attention, do not waste another second and check it out and let the boys in the video show you some love!