Posted on February 6, 2019 by Andrew Christian

Many may believe the worst part about dating is the rejection or the constant loneliness, but it's neither of those. It's getting that initial face to face interaction over and done with. First dates can not only be a major pain but an insane loss when it comes to time, attention, and money. That's why you shouldn't go and make them worse by acting a fool. Here are some things you should 100% avoid doing the next time someone slides into your DMs and wants to take you out. So pay attention to these first date no-nos. 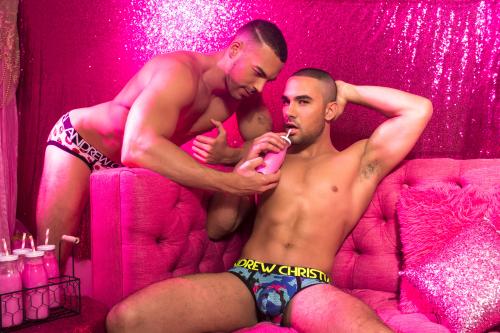 Any longer than 15 minutes late to a date without a head's up doesn't make you look good. Those who live in big cities can get a pass because of traffic but if you're going to be like 30 minutes to an hour late, just reschedule and don't keep people waiting around for you.

Stare at Your Phone

This is just rude behavior anyways but on a first date with someone? Gurl, no. I get that our phones are basically just extensions of our hands. For real, I checked my phone five times between the start and end of this sentence just because it's that addicting but I'm not on a date. So that was totally okay. You though? On a date, the phone needs to be in silent mode, in your pocket, and never to be seen again until you guys get an Uber to his place. See, if you look at your phone the whole time that Uber will be a solo ride because ain't nobody got time to mess with someone who can't pay attention to them during dinner.

If you have a problem keeping your eyes on one prize, you're not ready to be out on first dates. You're better off just hooking up and moving onto the next.

Show Up a Mess

We're talking either sloppy drunk or with your clothes looking like you just rolled in a hamper and walked out the door. First dates are like job interviews that can lead to amazing sex, so show up looking and acting like your best self.

Be a Dick to Your Server

We all know that people in the service industry aren't taking home the big bucks and that a lot of the time they rely on tips. Yes, once in a while you'll have a bad server but in the grand scheme of things they are trying and working their asses off. Which means they don't need someone being a total dick to them at work. So don't be that guy and serve up some unnecessary machismo when your waiter forgets your drink once. Assholes aren't hot, no matter what Hollywood says about bad boys.

Have you ever been on a date where you sound like a cop in an interrogation room asking all the questions and getting the bare minimum? It's exhausting. Being nervous is normal but being mute is completely weird. You can't be all talk when it comes to texting and then shows up like you're taking a mime course. First dates are about learning about one another, not nodding and shaking your head for two hours.

Talk Exclusively About Your Ex

On the flip side, you don't want to constantly steer the conversation to uncomfortable topics right off the bat...like? Your ex. You'd be better off discussing politics than going on for 45 minutes about "the one who got away."

We're not against sex on the first date, but talking about it the whole time? That's a waste of a night out. If all you wanted was sex you could have saved everyone time and money and just met at their place for a quick fix. If someone asks you out, that means they want to get to know you AND more than likely fuck. You don't have to be that obvious about it.

Having a great time isn't off the table but if you're falling off the table by the end of the night, you may leave your date with the wrong (or sadly) right impression of who you are. Plus, if this is the first date and the dude is a complete jerk, there's no telling if he'll even take care of you or leave you high and dry to find your own way home at the end of the night.