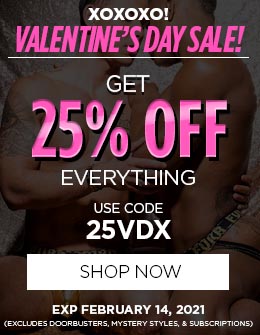 Are Jockstraps the New Hanky Code?

Although we at Andrew Christian have always strived to empower men around the world to embrace their sensual side and show off the goods that were given to them, history hasn’t always been as kind to male thongs, jocks, and general package showboating. To put it bluntly, queerness and the celebration of Pride is something that didn’t start off with go-go boys dancing in our lace briefs-- it began much more coded, secretive, and the risks of being caught were much higher.

Back in the 70s, when homosexuality was still mitigated to the shadows, and gay bars had yet to become a hot commodity, the hanky code was invented in order to allow men clarity when it came to who to cruise based on their sexual preferences. 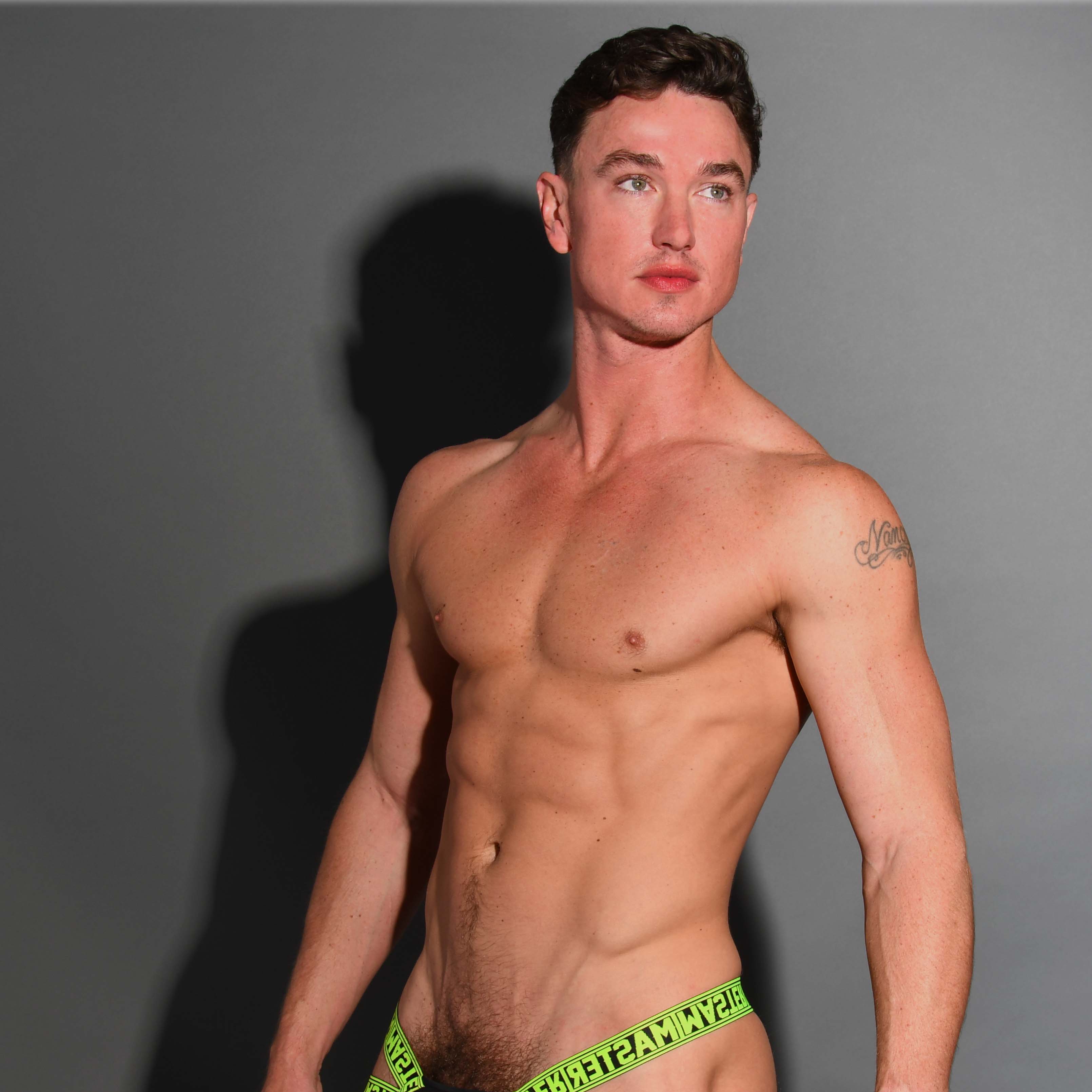 During this time, a bar’s liquor license could be suspended by the liquor board if delegates found out an owner was serving openly homosexual patrons. Although this wasn’t technically legal, it never stopped the board from finding small infractions that would get a business’ right to sell alcoholic drinks revoked. As a result, businesses would refuse to serve gay patrons in order to avoid their business going under from lack of sales. The hanky code allowed men to walk around bars and cruise each other without fear of not being served; it was a sexual liberation.

The hanky code, in theory, was simple: which color hanky you put in your back pocket correlated to what you enjoyed sexually and what you were on the look-out for in a partner. For example, a light blue hanky meant that you were into oral, a green meant you liked daddies, a black hanky meant s&m, and so-on and so forth. Not all hanky’s were dirty, some reflected the more sexually tame of the queer community: lime green meant you were looking for dinner or willing to buy someone dinner-- which is basically what everyone on Tinder is doing today.

If you’re unfamiliar with the Julius’ “sip-in” that preceded even Stonewall, members of the New York City Mattachine Society, a national gay rights organization taking inspiration from the civil rights sit-ins of the South, decided to challenge the regulation that prohibited bars from serving gay clients. With reporters in tow, four activists declared they were gay and asked to be served at Julius’. They were turned away and it sparked a court case that would eventually force the liquor license board to be transparent about the fact that bars were entitled to serve whomever they’d like. After this incident, gay bars began cropping up everywhere. It was an iconic moment for the queer community, as they know had an open and legal place where they could fraternize and explore their sexuality outside of what colored cloth they were wearing in their back pocket. 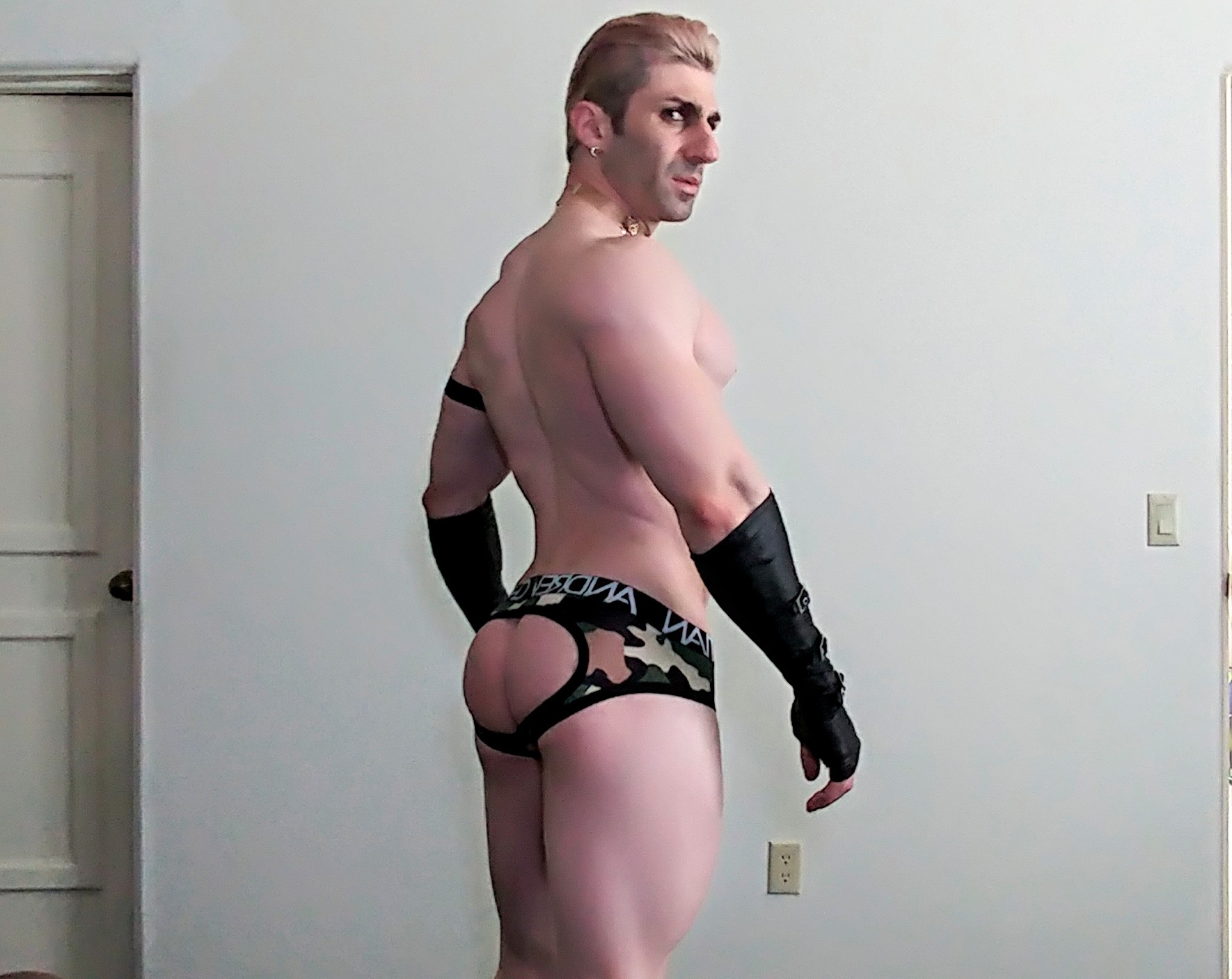 It would be a few years until the next large wave of gay liberation would come outside of the Ballroom scene and drag queens-- go-go boys. Although Go-go boys were sometimes utilized during the 60s, it wouldn’t be until 1988 that they would come back in vogue in a big way.

The timeline of jockstraps being invented doesn’t directly correlate to the re-emergence of Go-Go boys, but it does significantly influence queer culture and, in part, the dress code of go-go dancers.
The jockstrap was invented in 1874 by C. F. Bennett of a Chicago sporting goods company, Sharp & Smith, to provide comfort and support for bicycle jockeys working the cobblestone streets of Boston.

Although it would go on to be used by sports teams across the world, the gay community embraced the jock for two reasons- one, it accentuated a part of the male body that is admired and lusted for, and two, it was a cheeky rejection of the hetero-normative expectation we put on athletics.

The type of jock straps varied as more features were added to be utilized by the athletic community, and queer fashion quickly followed. From swimmer jocks designed to protect a swimmer’s modesty under his trunks to the traditional thick-banded athlete’s jockstrap to hockey jockstraps, you can get ones with garter hooks to attach your socks to, and super-protective ones for the unenviable job as goalie. Thus a new industry was born out of demand. No longer were sexy lingerie lines limited to only marketing towards women; for the first time, the male body was to be embraced by the fashion industry in ways that had previously been unmined.

So are jockstraps the new hanky code? We think so. Time and various queer designers --although we’re partial to one ;) -- have allowed the gay community various options, cuts, materials, and colors to put on and tell the world just how sexually liberated we are. It may not always have the same cut and dry meaning that the hanky code provided, but you can tell a lot about someone’s sexual preferences from the type of underwear they sport.

Perhaps they’re showing off their package, perhaps they’re wearing leather with a built-in cock ring, perhaps they’re wearing a standard white athletic jock to live out their football team fantasy. Whatever your preference is, there is a sexy pair of underwear that can match it-- and to us that's progress. We look back at things such as the hanky code and turn our nose up at it, thinking about how regressive and repressed it all seems; forgetting that there is a long history of finding fetishes in the shadows until as a community we brought them to light.

Tell Us Your Favorite Things About Summer, We'll Tell You Where You Should Have Sex This Season
Previous Next