Are people in Same-Sex Relationships Happier?

In 1878, Leo Tolstoy wrote, “Happy families are all alike; every unhappy family is unhappy in its own way.” A century and a half later, we can modify this famous quote by saying that happy families are indeed alike - and many of them are formed by same-sex partners.

Relationships are not an exact science, and all things said about them are not to be taken as indisputable truth. And yet, social researchers have long been trying to determine whether such a claim is actually fair and scientifically justifiable. A 2017 high-scale study conducted by researchers at the University of Queensland suggests that same-sex couples are generally more satisfied with their relationships than heterosexual ones. Two years later, a study on marital strain and psychological distress in same-sex and different-sex couples was published in the Journal of Marriage and Family. It analyzed data drawn from 756 U.S. men and women in gay, lesbian, and heterosexual marriages, and the results were very similar to the ones of the previous study. That means that straight people may actually learn a thing or two from gay people when it comes to healthy and happy long-term relations. 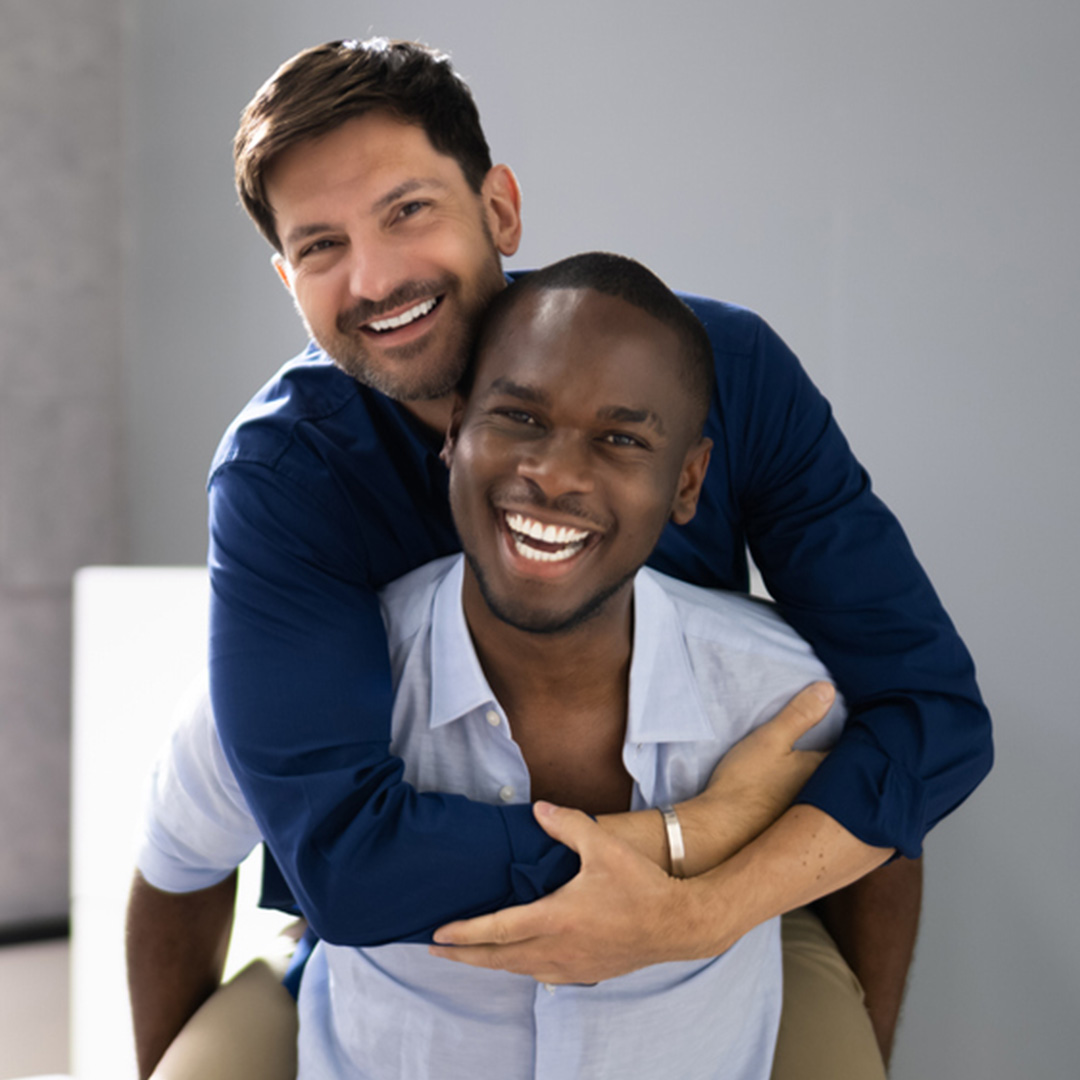 The number one reason for the disparity in the family bliss levels between gays and straights is related to the traditional understanding of gender roles. Historically, men and women were expected to perform different tasks in the shared household. While men had to hunt down the pig and bring the bacon home, women were assigned a much bigger share of household chores… including frying the bacon. Even in the most liberal modern societies, these expectations continue to impact same-sex marriages. But to ask a gay couple who’s the woman and who’s the man in their relationship is not only insensitive but also awfully small-minded. Yes, there are many couples where one of the partners is more effeminate, but this doesn’t mean that he is the one who's supposed to do the washing up, darn the socks, and wipe the baby’s ass. Unless it’s some kind of a cliché twink-sugar daddy kind of a relationship, same-sex couples tend to have less defined gender roles, hence more egalitarian domestic work arrangements. Normally, if you don’t feel like you’re the more exploited partner, you are less likely to feel stressed and disappointed in a relationship.

In its literal, nonsexual connotation, this question is of no relevance to gay couples with children simply because there’s no one daddy. In different-sex couples with small children, when there’s no other option, like daycare or domestic help, it’s usually the woman who has to give up her career and social life in order to stay home and take care of them. When it comes to parenting, male gay couples come up with more workable and satisfactory for both sides agreements. The heteronormative society may never stop expressing its concerns about how same-sex marriages contribute to the demise of the traditional family and the well-being of the children, but the facts suggest exactly the opposite: Not only is the overall quality of same-sex relationships better, but gay partners are far more equitable and constructive in allocating child care. Truth be told, the gender of the parents doesn’t matter, as far as they can create a loving and safe environment for the kids.

If you’ve guessed that’s Salt-N-Peppa from 1991, you are completely right. What you could not have guessed, though, is that same-sex partners are more likely to openly discuss their sexual needs and preferences with each other. One doesn’t have to be a licensed couple therapist to know that sharing one’s cravings, hopes, and fears with your partner is a solid foundation of any successful relationship. What else puts same-sex couples in a position to win this unorthodox competition with the heterosexuals is the fact that homosexual partners are more willing to stretch the boundaries of consensual non-monogamous relationships. And this, again, contributes to the solidity of a relationship.

Add it all up, it’s easy to see what makes gay couples gayer than many of the straight ones. It’s the willingness to be opened to the partner, and the flexibility when it comes to sharing the responsibilities for the children and the household. In other words, they simply enjoy chasing the pig together…