Posted on August 4, 2020 by Andrew Christian

Bob The Drag Queen is having a moment. A MAJOR moment! Noted for her comedy, she won the ever-difficult to conquer “Snatch Game” challenge on Season 8 of RuPaul’s Drag Race and, ultimately, the crown. A black Carol Channing? Yes, girl, she went there.

On the personal side, Bob has been busy with comedy specials: Bob The Drag Queen: Live at Caroline's and Bob the Drag Queen: Suspiciously Large Woman, as well as MTV's "Drag My Dad", The Pit Stop and her ever-popular podcast "Sibling Rivalry" with best friend, touring partner and RuPaul All-Star Drag Race winner herself Monet X Change. She also shared the screen with Olympia Dukakis on Netflix’ Tales of the City. Her single, Purse First, is the only song that gets me on the treadmill.

Bob has been in high demand this Pride season, thanks to Zoom and everything going digital this year, and has been a source of informative inspiration for the LGBT community and the BLM movement. To hear Bob talk about our current political and social climate is like listening to motivational poetry. Bob the Drag Queen for President!

We had a casual play date with Bob for this Andrew Christian Exclusive to chat naughty things, hot drag queens, and hooking up! 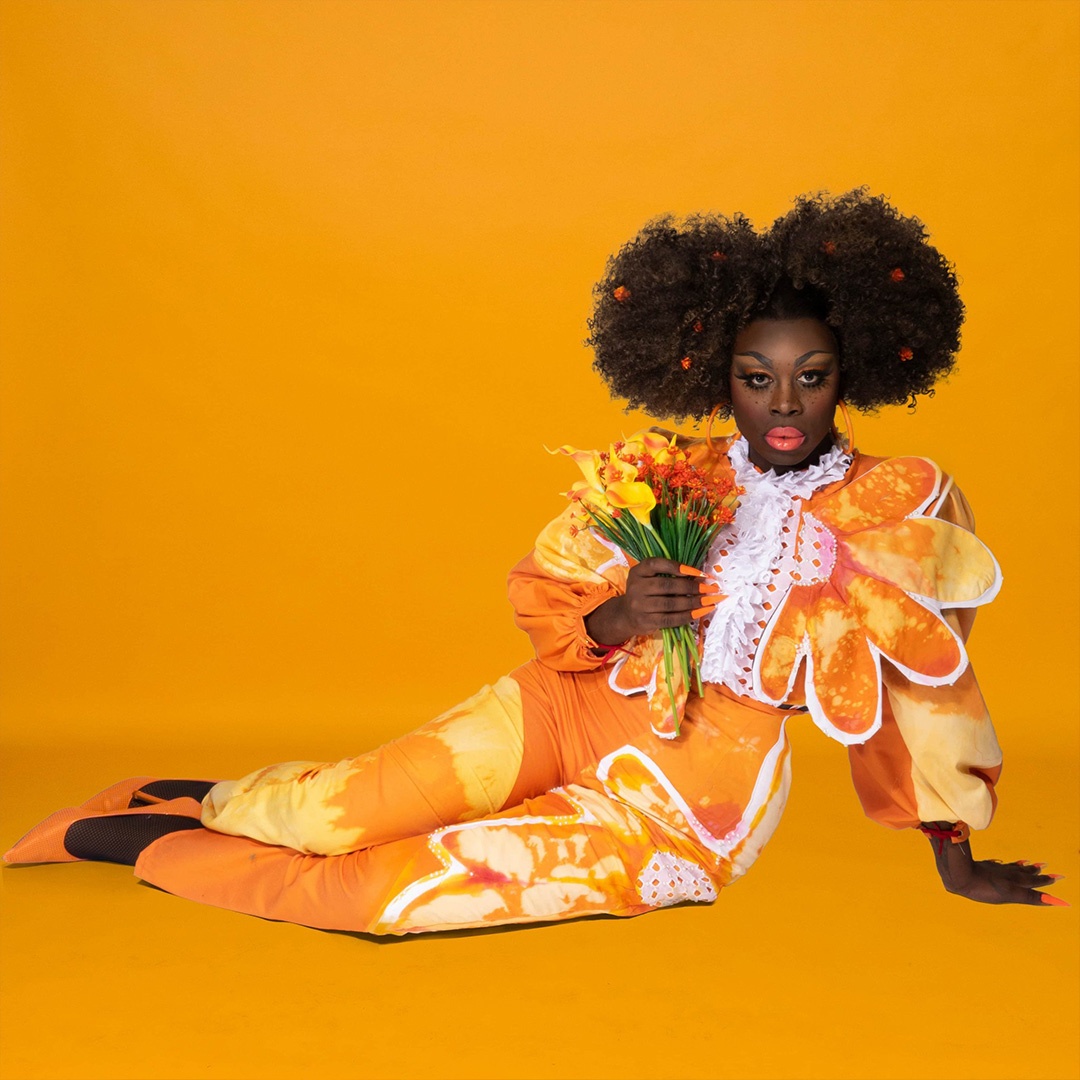 What was the most extravagant purchase you made from your Drag Race prize money?

I mean, well, that was five years ago. LOL. So that money has all been cycled back into what is now the money I have nowadays. But, I did buy my mom a car. It was probably the most expensive thing I purchased.

What is your favorite part of your drag process?

Have you ever hooked up with a fan?

How have your DMs changed since your national television exposure?

It used to just be my friends, and now it's a lot of people like telling me I've changed their lives. Like a lot of that.

What was your favorite experience from filming We’re Here?

Nate and Lady Shug (Episode 4) and working with citizens from Shiprock, and helping be a part of this performance was the highlight of my entire season.

What Drag Queen would you love to help tuck?

Like who do I think is hot? That was a roundabout way of asking that question. LOL. Who's an attractive, beautiful Drag Queen? Naomi Smalls, is just so attractive, both in and out of drag. Plastique Tiara is also beautiful and Crystal Method, are all just so beautiful!

Do you have a worst date story?

I went on a date with this guy at Schmackary. I basically went on this date and, as soon as I got there, he let me know in no unclear terms that he was not interested in me, but then we continued to date. He was like, “I'm not really interested…so let's go on this date now.” And I was like, oh okay, well, here we go!

What do you find sexiest in a man?

I prefer someone who trusts me. People trusting me means a lot to me. But in terms of physical attributes, I'm also really into, um - I like butts. It doesn't make me unique, but I like butts.

What your message to your fans this Pride season?

I kind of reject this notion that I'm like this like beacon of brilliance. And, I think that if a lot of people accept within themselves what they accept from other people, then they can find that in themselves too. I'm not particularly smart, or brilliant, or anything like that. It’s just that I have a lot of followers and people see that so then they will associate me with Pride. I think, honestly, people have within themselves all the things they need to excel this season. One of my favorite quotes from The Color Purple: I believe I have inside of me, everything I need to live a bountiful life.

Is it okay to break up with someone during COVID?

Yeah, for sure. You can break up with someone. You don't have to stick with someone during Quarantine. That sounds like a hostage situation, not a relationship.

If you were to design a pair of Andrew Christian underwear, what would the design be?

They'd probably be black, maybe with a jockstrap. Something classic, like a black jockstrap with the elastic to be like a shimmer - like a shimmer, shiny elastic around the front and maybe denim. Wouldn't be very comfortable, but yeah, like a stretchy denim.

(We’ll send you the royalties, Bob.)