Relax your throat, hennie, cause you’re gagging! Drag Race Season 12’s The Widow Von’Du proves you can’t keep a good Queen down. After a strong showing on Drag Race, Widow was attacked by keyboard warriors on social media resulting in a near-fatal depression and sabbatical from the public.

BUT, she gathered her strength and she’s BACK! She recently debuted her first album titled “THE”, the first part in a trilogy of albums that will ultimately make up “THE” “WIDOW” “VON’DU” collection. Widow created her name from watching a nature channel describing how black widow spiders are black and dangerous, and it stuck. Von'Du comes from Kat Von D and Erykah Badu. The “THE” portion of her name was given to her by Miss RuPaul herself. 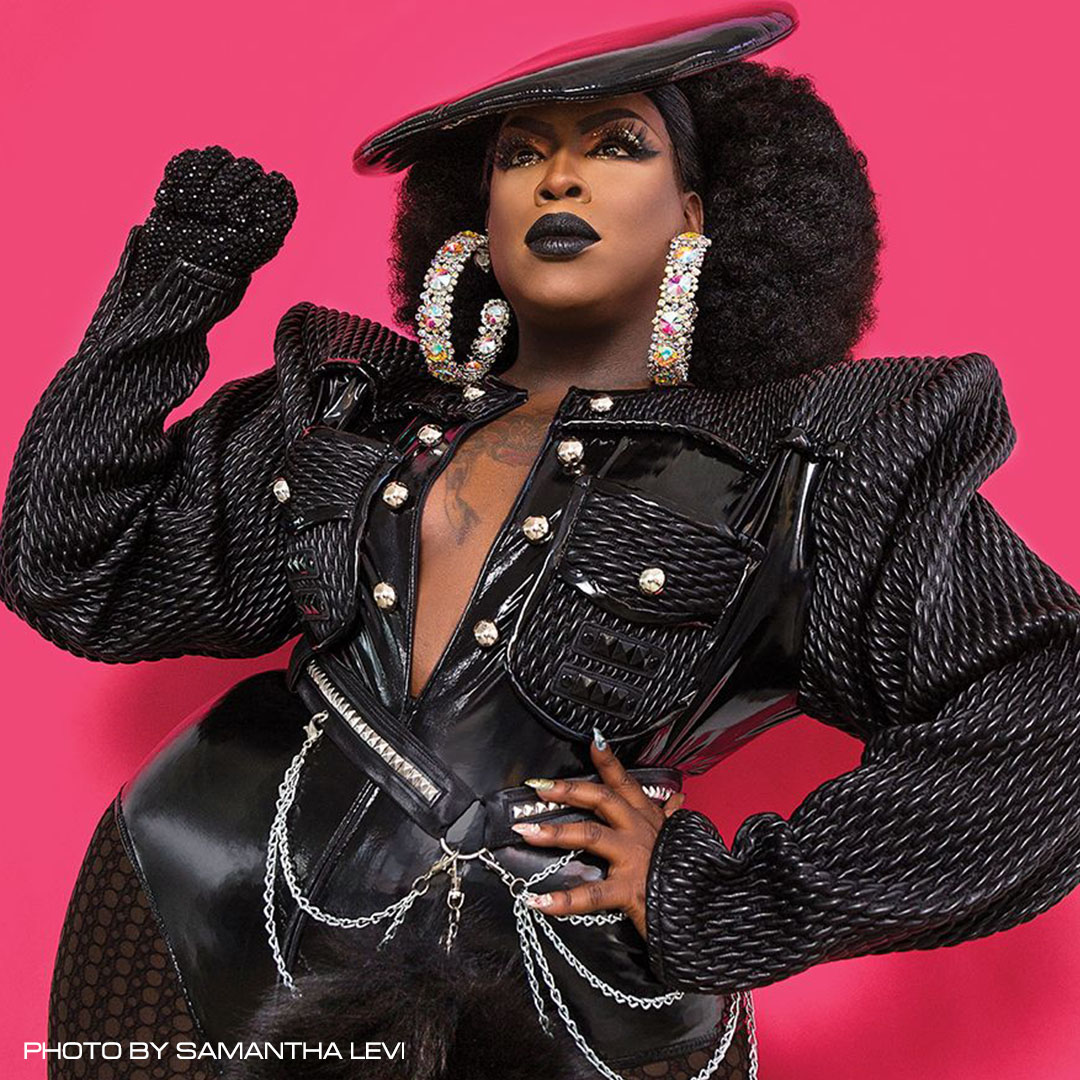 This confident Kansas City Queen is here to slay, and we are here for it. Check out our exclusive Andrew Christian chat:

Tell me about the LGBTQ scene in Kansas City:

The LGBTQ scene in Kansas City is like a giant family we all know and care for each other.

Tell me about the first time you did drag in public:

The first time I did drag, I was 17 years old and it was for a charity event in 2007. It was such a great night, Westboro Baptist Church protested the event. But nothing could stop the feeling of hitting the stage for the first time and all the acceptance I received. It turned in to a 14-year career!

Hardest part about doing drag is trying to find pantyhose in the right color, lol.

My favorite memory from Drag Race was walking in the workroom for the first time. It was the moment I knew it was real. My biggest regret from the show would be not making it to the end.

I just don't see them anymore. They use to get to me, but they started to fade out like white noise.

Your new album “THE” is the first part of a trilogy…what can we expect from the trilogy?

You can expect different genres - hopefully some love songs. Don't want to give too much away!

What is your creative process when creating music?

My creative process starts with some weed and lots of time listening to beats. The music has to touch my body and make me wanna groove before I write. If I'm not grooving instantly, then it's a no. Then I just sit and listen for hours.

What musical artists were your first inspirations?

Chaka Khan is my first inspiration, I want to be a great musician just like her.

What do you look for most in guys in the bedroom?

I want someone who can go the distance. I need a freak. Keep it interesting. I want them to make sure the job is finished before they clock out, lol!

What do you look for most in guys in romance?

I want a true romantic, he has to make me laugh. I want someone who wants to try new places but also want to snuggle and watch Disney movies.

Thanksgiving is coming up, what are you most thankful for?

I'm most thankful for Hamburger Mary's KC, they made sure that I was taken care of during the pandemic.

What was your favorite binge-watch show during COVID?

What do you want to tell your fans?

I would like to tell my fans to make sure them thighs rub together like they harmonize!

They would be black with red stripes, with the dick pouch and the butt out.

Check out the video for Yes, Bitch! She Might Be from her new album!!