Colton Ford is back and is telling the world that he’s here to “Stay.” A familiar face (and other body parts) of the gay community, he stepped away from the spotlight for the last several years due to challenging times. He used the time to reflect and grow and is back with new music, a sexy new video, and even an OnlyFans. This time, he’s not compromising his vision or doing music that doesn’t represent him. 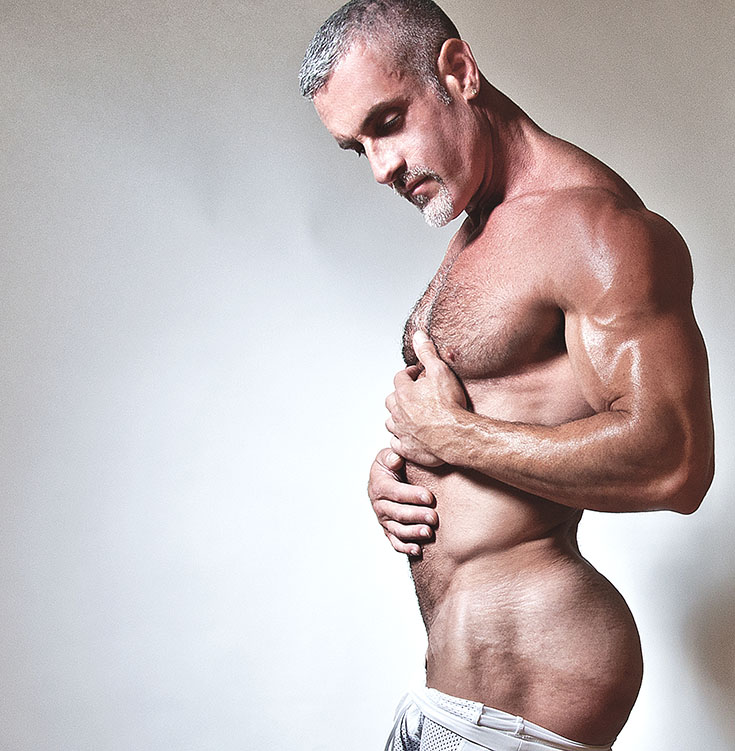 He made a splash in the adult film world in the early 2000s, quickly becoming a favorite with both fans and the adult industry awards. His transition from the adult film world to mainstream dance and club music was documented in the 2005 documentary Naked Fame. He is a Top 10 Billboard recording artist, was named in AfterElton.com's Top 50 Gay Male Musicians, and was featured in Cyndi Lauper’s “Into the Nightlife” and on her True Colors Tour.

His new single, “Stay,” is a ballad with a groove and deals with the vulnerability that must exist to have an intimate relationship. Along with the original version, Colton Ford is releasing a House/Buddha Bar/Soul remix of “Stay” by Spin Sista and two music videos directed by Kevin Hoover: a YouTube-friendly version and an uncensored version that Colton Ford released on his OnlyFans page. Colton proves that even in your late 50s, you don’t have to give up embracing your sexuality. He is an eternal artist and exhibitionist.

We chatted with Colton about his career, ageism, and his OnlyFans. 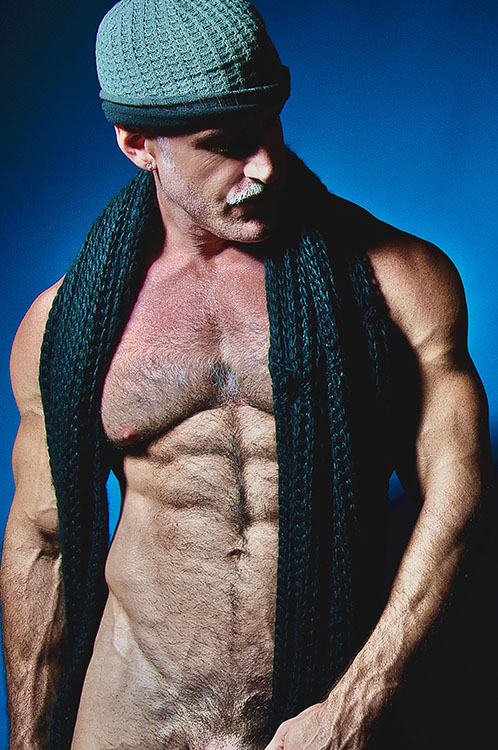 What do you miss about studio work in the adult world?

I don't really miss anything. I had fun during that 10-month period and moved on from it when I felt I had gotten everything out of the experience I needed. I’m naturally provocative, so I’ve just continued to express that part of myself in different ways ever since.

You recently started an OnlyFans – was it a tough decision to start sharing nudity again?

Daddies have become very popular in the adult film world, do you think ageism is less of an issue today?

I think ageism is still an issue for us humans in general. That and all the other ways that we try and compartmentalize people and limit them because of what they look like or who they are. No one wants to be told that they can’t be who they want to be, or who they’re born to be, and yet we live in a world where we have to fight that shit every day. Enough already!

Can we expect a return to the adult studio world?

How has your sex life changed over the years?

It’s been less consistent. The ebb and flow of it changes as the moment dictates, and I’m good with all of that. I still enjoy sex and that playful part of me is still alive and well, it just isn’t as pressing.

What are the best bedroom tips you have learned?

I would say to stay in the moment and out of your head. Let go of expectation and let the vibe between the individuals involved move the experience.

Who were some of your earliest influences in music?

What is your favorite part about recording music in the studio?

Everything really. I love writing and recording!! I record all of my vocals, which is awesome as we now have the technology to do it all ourselves and be completely autonomous. I will say though that I do miss the time back in the day when you would go to the studio, step into the booth and just sing. The only focus was to write and sing, and the recording engineer would handle all of the technical parts of the process. My hat’s off to the engineers as it’s a lot of work!

How do you think the music industry has changed for the better over the years?

With the internet, artists now have the means with which to get their music out there without having to find a label to do it for them. Anyone can release their music to the world.

How do you think the music industry has changed for the worse over the years?

I don’t know that I would categorize it as something that has changed for the worst, but I think the biggest challenge now that has been created with the freedom of self-release is punching through a very saturated market. I read that approximately 24,000 songs are released every day, 1 million every 6 weeks. Crazy!

Your latest single “Stay” is about being vulnerable in a relationship for it to work, how did you learn this relationship lesson?

Therapy!! I think it’s difficult for most people, gay and straight, to be truly vulnerable in relationships. We talk about wanting unconditional love, but that comes with great responsibility, first and foremost to oneself! You need to be good with your and love yourself unconditionally first, feeling entitled to and giving yourself permission to be who you are! You then have to share all of that with your partner and make yourself vulnerable, which is scary. The fear of rejection, abandonment, and judgment is alive and very well in our world, and it’s the thing that can prevent us from living the life we truly want. You can’t love someone more than loving yourself enough to show him or her all of you. I think it is the biggest challenge we face as humans. Fear of judgment is a mother fucker!! 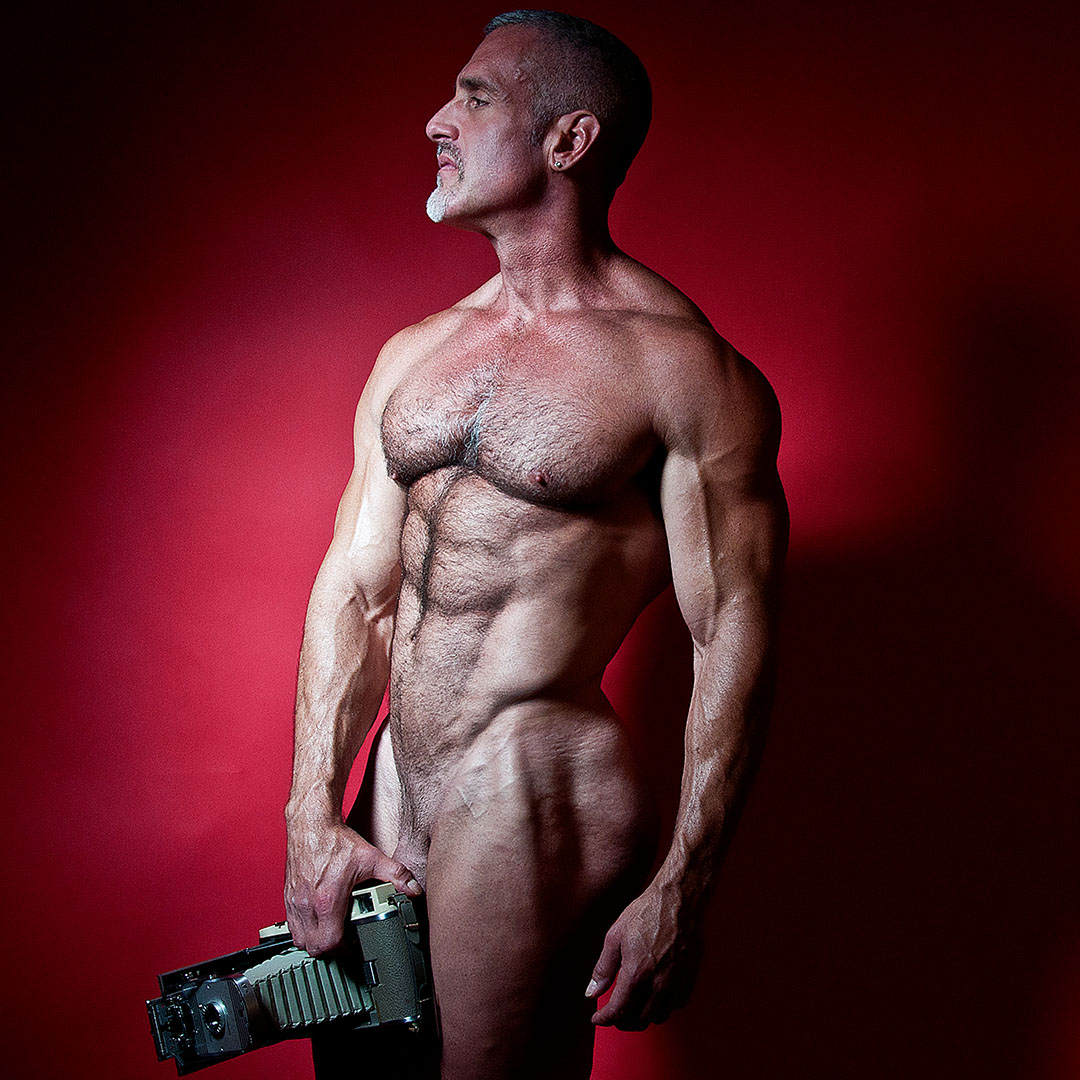 What are the biggest mistakes people make in relationships?

Not showing their partner their true authentic self, and being honest about it and their needs!

How did you survive quarantine?

Tapping into my joy…creating music! My creative partners and I wrote our asses off! It was so therapeutic and helped us all get through what has been a very difficult and challenging time.

What question do you wish people would stop asking?

How big is your cock?

What question do you wish people would start asking?

Where can I buy a million copies of your latest record?

What kind of underwear do you wear on date night?

Why an Andrew Christian thong of course!

Some kind of a thong. I like having a pouch for my junk and no panty lines!