Fashion Mistakes That Can Make You Unfuckable

What you wear has some sort of impact on how the world perceives you and honey, some of y’all are sending out horrendous signals with your wardrobe. We’re not saying you’re undateable because of what’s in your closet, we’re just saying that if you have or wear any of the following regularly and haven’t had sex in a while...well, you may have found the reason as to why.

Unless you are one of our most wonderful essential workers on the frontlines in the medical field, you should not be in a pair of Crocs. Plastic shoes on an adult? What the actual fuck? They look like clown shoes and it’s only fitting since people are legit going to think you’re a clown for putting those on your feet.

If you’re on a camping trip, okay. Acceptable. Anywhere else on the planet? They literally do nothing for your body. For one, they always seem to hit men’s legs at the wrong spot causing them to look shorter than they are, and those bulky pockets that bulge out even if they are void of contents? Honey, your figure deserves better than a pair of these monstrosities.

If you are a grown man walking around in wrinkled clothes anywhere but the gym or to say, walk your dog - stop. An iron and an ironing board can be bought for very little. Hell, even hit up a thrift store if you can. No matter what, those two items are worth the investment when it comes to keeping you looking like an adult male that people want to fuck regularly.

Buying a suit off the rack and having it fit your body perfectly is rare. It’s like finding someone who doesn’t think Lady Gaga’s ‘Chromatica’ isn’t a work of art. So when you buy a suit you need to get it tailored. It will cost you a tiny bit extra but will be worth it when you look like you’ve been walking red carpets. Plus, you know who always wears the worst-fitting suits? Donald Dump and we all know how unfuckable that guy looks! 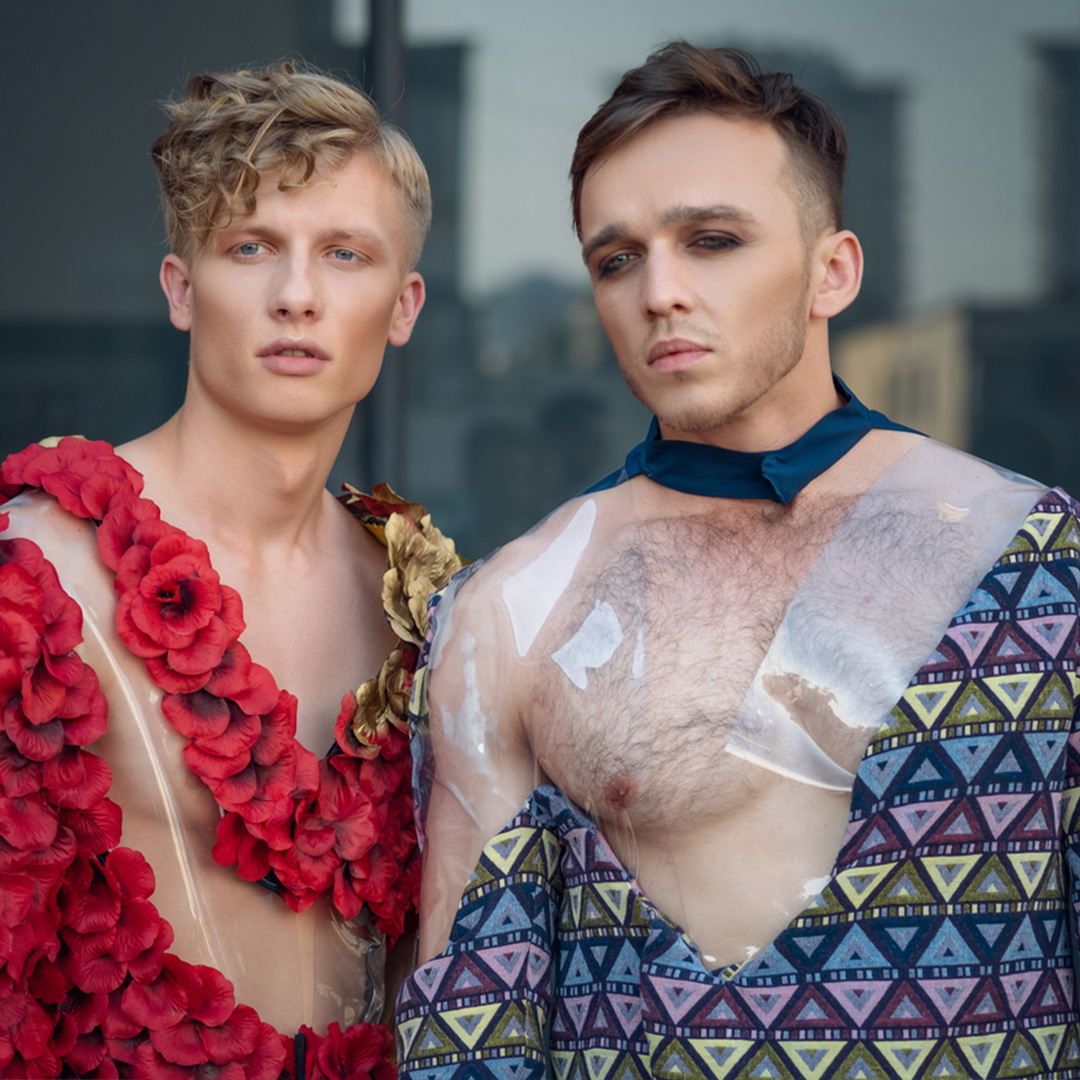 There is the ONE exception, slides. You can pull off a slide with a sock, but those weird sandals with all the straps that are usually geared towards water activities, or flip flops? That’s not just a no, but a hell fucking no. If you see a guy with socks and sandals other than slides just know that he’s either given up, a dad, or with someone who hasn’t fucked them in a hot minute.

What is a dad sneaker you may ask? You know the pair suburban dads have by that door that is bulky, white, and full of grass stains, yeah - those. Those are a bonafide boner killer for anyone, including the suburbanites married to those lawn mowing men.

Out of Control Ripped Jeans

Ripped jeans are debatable already, but the ones that look like they battled one of Tiger King’s big cats are a hot mess that is unforgivable.

Remember back in the early ‘00s there was a certain brand that tried to sell traditional tattoo art covered in jewels as fashion? What a time to be alive - not! It’s hard to believe those tees made it past 2007, but alas...they did, but that doesn’t mean you should partake and wear them. Not here, not now.

It’s a look that screams, five-year-old going to a big event. Don’t do that. Anyone who claims to be grown enough to fuck should have at least one pair of nice, black dress socks.