Let’s start by saying Curtis Stone is 6’4” and Australian. So he’s basically like another Hemsworth brother, only he could serve it up in more than the bedroom. What we wouldn’t give to visit his land down under. Okay, that was cheesy but seriously, we want that man in and around all our parts.

If you don’t know who Scott Conant is, he’s basically the ultimate Zaddy of Food Network.

If you are turned on by a man who can not only cook but also explain the science of food - you’re about to be rock hard with Justin Warner. The winner of the eighth season of ‘Food Network Star,’ Warner has a high key nerd meets hipster aesthetic that we cannot deny makes us want to drop our panties in the pantry. 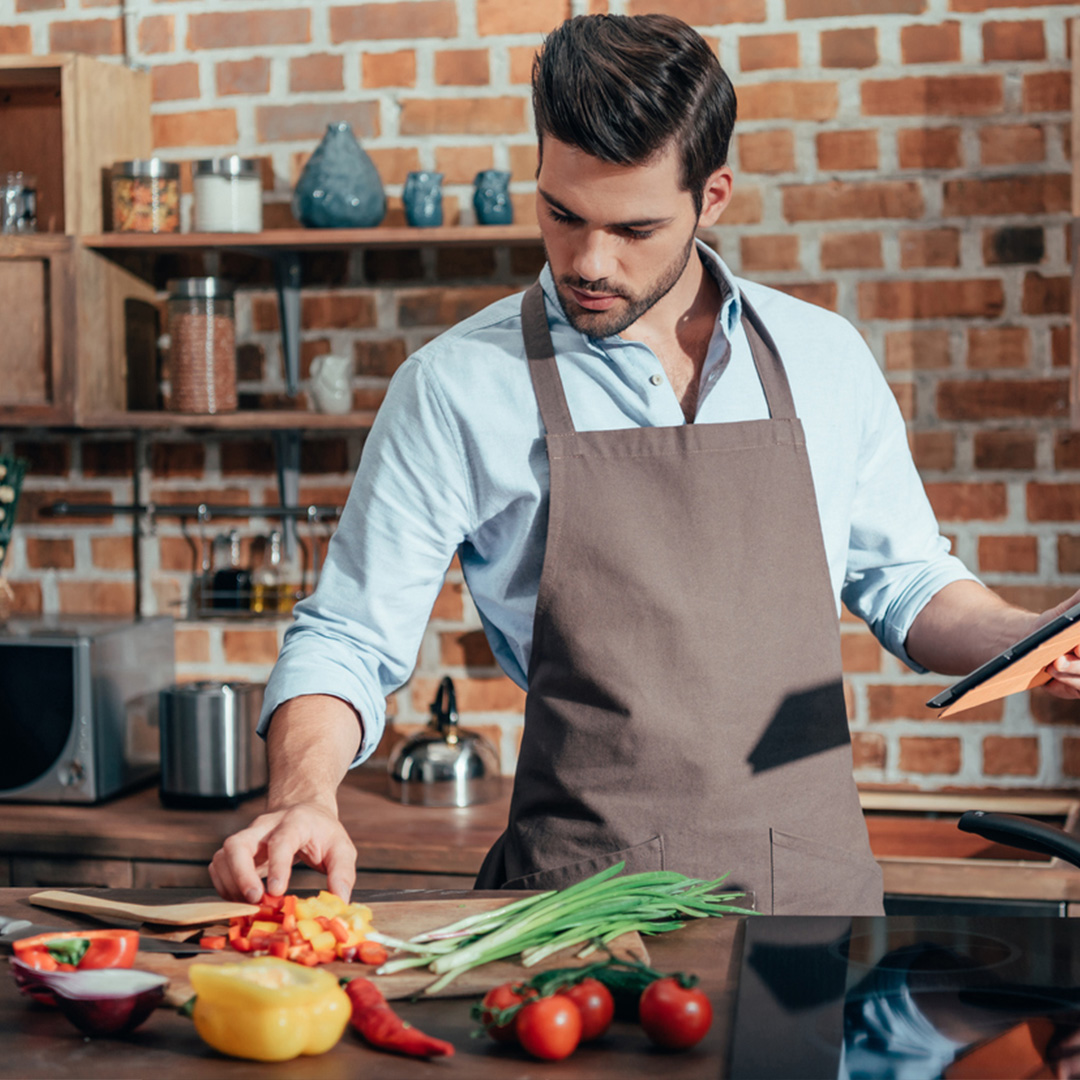 Everyone and their mom have had at least one sexual dream starring the biggest name on this list, that’s for sure. 50-something with a body that is stacked for the gawds, his brash British demeanor makes us want to let him drill us while we try to make risotto.

You know how you watch that John Oliver show and are turned on by not so much his appearance but more so the way he breaks down the world around us? That intellect? That’s why we would fuck the shit out of Alton Brown. It’d be like fucking the culinary professor, hot.

This is a self-taught baker who started as the Topless Baker, need we say more? I mean, all one has to do is take one look at one of those shirtless photos to know why we would lick buttercream off every inch of his body.

This Ethiopian Swedish chef always makes us swoon like a bitch when he heads the judging table on ‘Chopped.’ What we wouldn’t give to hear that accent moaning our name in the kitchen.

Runner-up on ‘Top Chef’ and regular on ‘Guy’s Grocery Games,’ Marcel Vigneron is your typical hot guy in Los Angeles. You don’t know how many times we’ve imagined him taking his hair out of that man bun and going to town on our backside.

Have you ever seen Channing Tatum when he doesn’t have to be in ‘Magic Mike’ shape? He’s still hot as fuck, just not as tight. That is kind of what Food Network’s Tyler Florence has going on and you know what? We’re here for it.

Another ‘Top Chef’ contender we have had our eyes (and private parts) on for a while is the Portland-based chef Gregory Gourdet. I mean, can you blame us?

Many question whether or not Antoni Porowski is a cook, but let’s be real - he didn’t get the job based on nothing. He was referred to the gig by the original Fab Five Food Expert, Ted Allen. So he may burn in the kitchen, but we do not care about his skill set. All we care about is getting a chance to be with him. We could literally fuck for as long as it takes a bag of popcorn to finish in a microwave and be satisfied.