Posted on December 26, 2018 by Andrew Christian

21 years ago the gayest moment in pop culture was possibly the only one when Ellen DeGeneres came out on her sitcom and (not really) shocked the world. Now, gay characters in TV and movies are more the norm but at the same time, we're still celebrating every step the LGBTQ community takes because hello, we've got a long ass way to go to take on the white male, cisgender dominated realm we call home. And take on we did in 2018. From some of the most talked about gay characters on TV to real life gay people who made the world their bitch, these are the absolute gayest moments of 2018. So get ready to let those pride flags fly because they're too good to be true, but totally are. 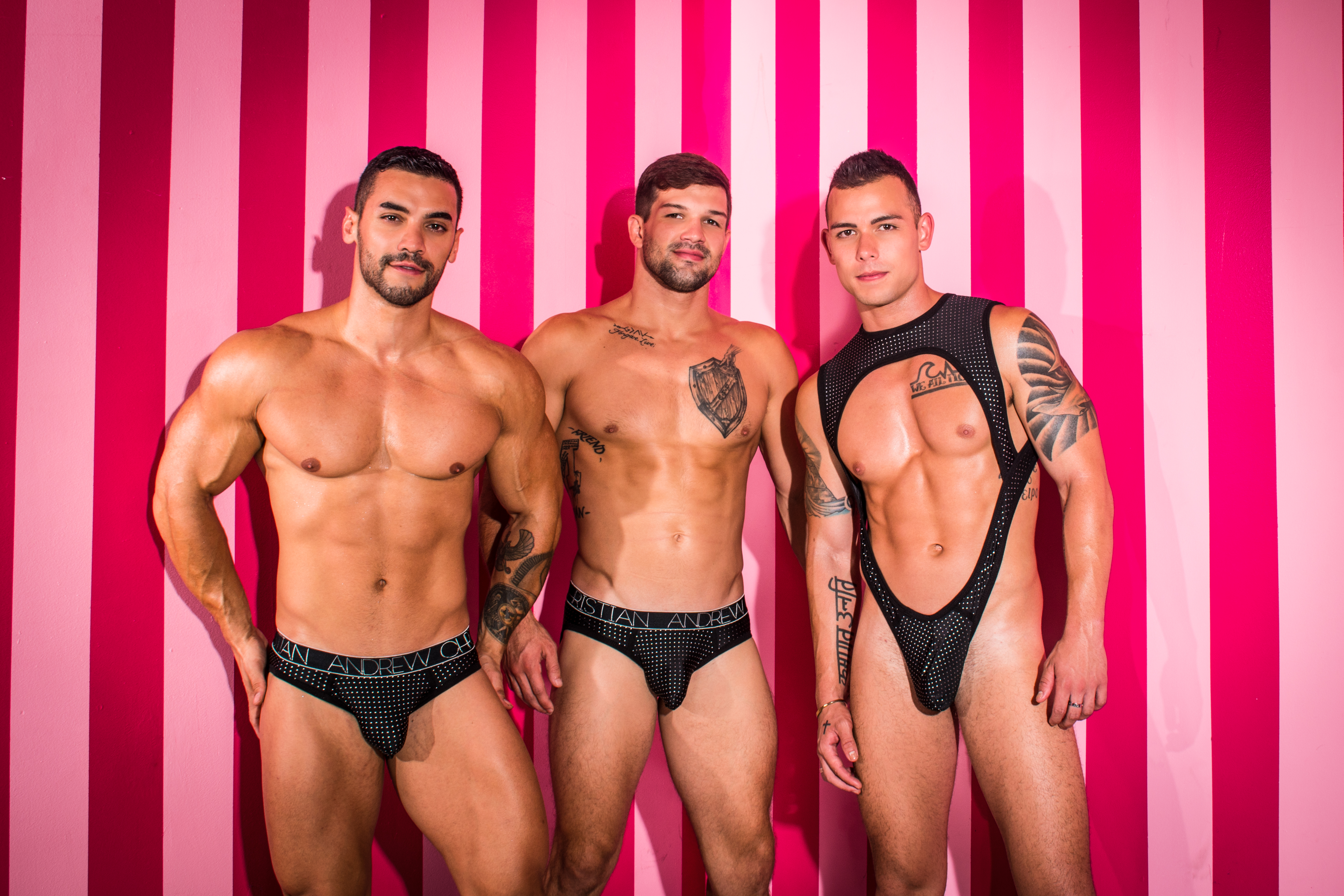 Ryan Murphy has ensured that every season of American Horror Story is as inclusive as the last but he really outdid himself with Apocalypse. Horror Story darling Evan Peters really shined in the first part of the season as a gay hair stylist (okay...a little on the nose but whatever). His grandma was Joan Collins for fucks sake, but that was topped by the fact that he was fucked from behind by the anthologies most infamous sex fiend, the rubberman.

Dancing around in pants that resemble the anatomy of a female's nether region? Oh hell yessss! Janelle Monáe did that thing in her spirited video for "PYNK." She also dropped major bombs when she opened up about being queer to Rolling Stone in April 2018. Soon after that, it was revealed that she was romancing Sorry to Bother You's Tessa Thompson.

Another queer star-making continuous waves this year was Ezra Miller. He went from indie darling to Blockbuster Babe in the last few years but the growing fame hasn't really changed his eccentricities. It's only put them on a larger platform. Usually, big stars don't typically try to cosplay while at San Diego Comic-Con. Being a fanboy, Ezra ignored the norm and walked out on stage as a sexy Toadette from Super Mario Brothers. Hey, if you're going to cosplay, always stand out. Here we are on the verge of 2019 and there are still men out there sitting in the closet while simultaneously playing professional sports. Ironic that they think they're so strong and manly, but they can't handle being true to themselves? Well, it takes a real man to live their truth and this year that was Minnesota United midfielder Collin Martin. Right before the team's annual Pride Night game, the soccer player decided to live his own truth and come out on Twitter saying, "Tonight my team, @MNUFC, is having their Pride night. It's an important night for me — I'll be announcing that I am an openly gay player in Major League Soccer. #soccerforall."

Former MMA fighter Sharice Davids didn't come out this year, but she did make insane strides in the real world when she not only ran for Congress but won. Making her the first Native American lesbian to get the job and we're sure she's going to get it done well. Go. Girl.

Another winner we need to talk about is RuPaul. Can you believe we've been hooked on Drag Race for nine years? Okay, 10 for those who actually cared about the first - Bebe who? RuPaul had taken home Emmys before for hosting, but 2018 was the first time Drag Race won Outstanding Reality Show Program as a whole. No shade to the others but The Voice really doesn't hold a candle to Drag Race and all its glory(holes).

Sorry Tina Turner and Selena but Freddie Mercury has the best (and most profitable) biopic of all time. Fans of The Bachelor have been yearning for a gay version since the start and while there has been reality dating shows that focus on the LGBTQ community, The Bachelor has yet to be one of them. That is until this year when the Vietnamese version delivered quite the shocker when two women who were supposed win the Bachelor's heart wound up leaving the show...together!

Two guncles wanted to get their niece a Barbie set that represented their reality but surprise! They couldn't find a pair of Kens about to get married. So they took things into their own hands and made one. After their homemade kit went viral, they were contacted by toymakers Mattel to see if they could make the set a reality.

Stoners and kids alike were saddened to see Cartoon Network's Adventure Time come to an end this year but not before they were ecstatic to see Princess Bubblegum and Marceline kiss. If you thought that was wild for a cartoon, a few months before the big kiss Steven's Universe featured a same-sex proposal and wedding. Somewhere out there Peppermint Patty is crying tears of happiness in an animated retirement home.

Right before the end of the year, it was announced that Bravo is in the early stages of rebooting the groundbreaking series Queer as Folk. Only it's said that they're looking to redo the British version and not the Showtime rendition that came about in 2000 and ran for five seasons. It's also been reported that it'll be a whole new cast. Like, okay, really? We get it, no one can ever replace Brian Kinney but still...someone better let Gale Harold guest star.

Reboots were as common as E. Coli this year and Queer Eye was among the finest. We quickly replaced This Is Us as the show to cry ourselves to sleep to with the heartfelt tales of unkempt residents of Georgia. Of course, we just didn't binge for the makeovers, we all fell head over heels for the new Fab Five. Bobby's quick wit, Tan's gravity-defying hair, Karamo's bomber jackets, Jonathan Van Ness' extra ways, and Antoni who served body. At least he does on his Insta, which we all followed immediately after episode one.