Gays Know the Best Ways to Entertain Themselves in Quarantine

Being stuck at home against your will can actually be put to good use! We imagine that a stereotypical straight guy would do things he’s been putting off forever, like fixing the crooked kitchen cabinets or cleaning the inside of the car. What would a gay guy do?Actually, there’re tons of fun (but not all of them useful, we’re afraid) things one can do during self-isolation. Here are some crazy suggestions.

Become the queer Shakespeare of your time

Did you know that one of the greatest playwrights of all time, William Shakespeare, most probably wrote his bleakest tragedy King Lear in plague quarantine? In the summer of 1606, there was a major bubonic plague event going on in the city of London, which caused the closing down of the theaters, among which the Globe where Shakespeare would put on his plays. So, if he could write THAT well while in self-isolation and in an absolute uncertainty about his professional future, why can’t you? Remember that when you were a teenager and you read To Kill a Mockingbird for the first time, you dreamt about writing the next Great American Novel? Or at least a comic book about the adventures of a gay Superman in the City of Gaytown? Well now, my dear prisoner-of-your-own-home is the perfect time to finally unleash your creative powers and give the LGBTQ community an outstanding literary text!

Be your own Figaro

It had been only a week after March 12 when queer celebs  started posting pictures of themselves on Twitter and Instagram showing hair-styling dexterity… or the total lack of it. Suddenly, all massively bored queens in quarantine are dying their hair all possible rainbow colors and giving their flatmates (and even their innocent fuzzy pet dogs!) haircuts. Most of them claim it’s out of stress. But even if you are not experiencing mental and emotional strain, you should know you are entitled to crisis-bleach your hair at least once in your life. And see how it works for you. Even if the procedure doesn’t have the anticipated results, nobody will notice for quite a long time. Unless, of course, you don’t reveal the extent of the damage done on your social media profile!

If you think knitting is for old ladies only, you are so-o-o wrong. Because knitting is a super edgy pastime activity right now. In case you’ve never held knitting needles before, there’re ways to learn how to do it. Of course, now it’s not possible to attend any of those fashionable coffee shops where they offer knitting lessons and sell yarn, but you certainly will find tutorials on YouTube. Knitting for gay men is the new yoga! And once you’ve mastered the skill, you can knit yourself a scarf. But you know, fuck it. Let’s think bigger - why not knit a whole blanket! 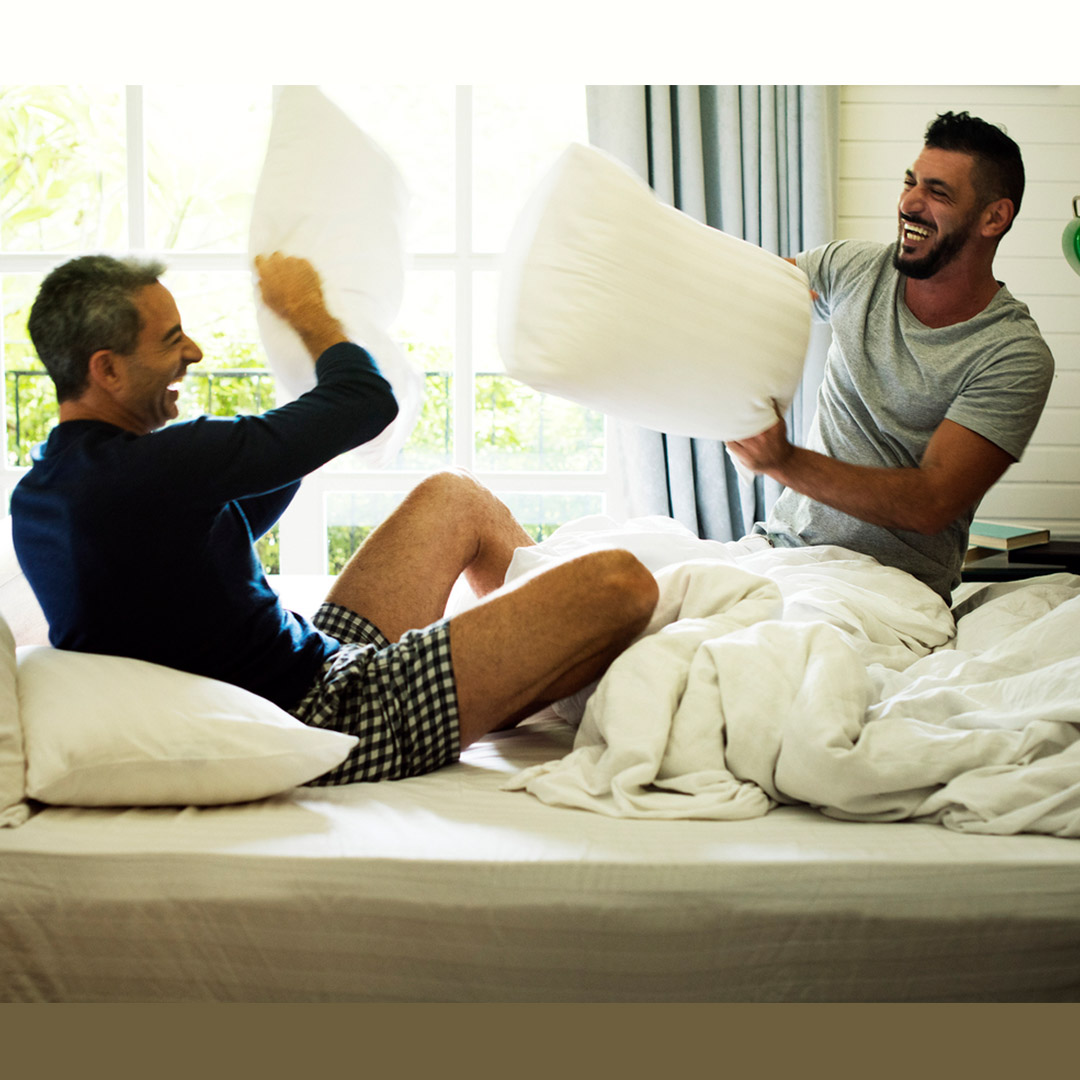 Show the world who your new-boyfriend-in-crisis is

Yes, his name is Chardonnay, yes, he’s French (only, in this particular case, born in the Californian Valley), and no, you are not ashamed of him!
Let’s be honest. Day drinking is something we all have been wanted to do and not only during vacations. So, what better time to practice it! However, in order to manage your excessive drinking in self-quarantine, we suggest that you try hosting virtual happy hours. Wine is for sharing, and you know from personal experiences it always tastes better in a company of friends. Plus, sharing a bottle of your “boyfriend” Chardonnay with your favorite people via a video conference chat raises no eyebrows.

Whatever you do during those hard times, keep in mind that the best policy to keep your sanity intact is to stay positive... and make at least a handful of people laugh.