Posted on September 26, 2019 by Andrew Christian

It’s like, when Josh at school pulls your hair and kicks you, and eats your lunch, and screams into your face that he hates you and he wants you dead forever, but what he really means is that he likes you, honey! Well, I guess, you’re right, Mom.

You don’t need to have taken Psychology 101 to realize that individuals who want to beat the sh*t out of you for а reason that pisses them off, might actually have a split between their unconscious attraction to you (for the exact same reason!) and what they consciously say about themselves. Gay men want to believe that the evil tongues that have been insulting them all those years belong to heterosexual men who get aroused by gay porn. But how much of this is true? Are homophobic guys closeted homosexuals for whom getting out of the closet is simply impossible? Or is it just a myth gay people use to rationalize the irrational hared of homophobes?

Homophobia is not by default a result of repressed same-sex attraction. When people grow up in highly religious and/or conservative environments, they are more inclined to adopt anti-gay beliefs. Regardless of their sexual orientation, they are deeply convinced that gays are a demonic abomination. They learn the stereotypes and do not question the negatives that come with them, and by showing anti-gay attitudes they receive unconditional approval from their friends, their family, their religious group. 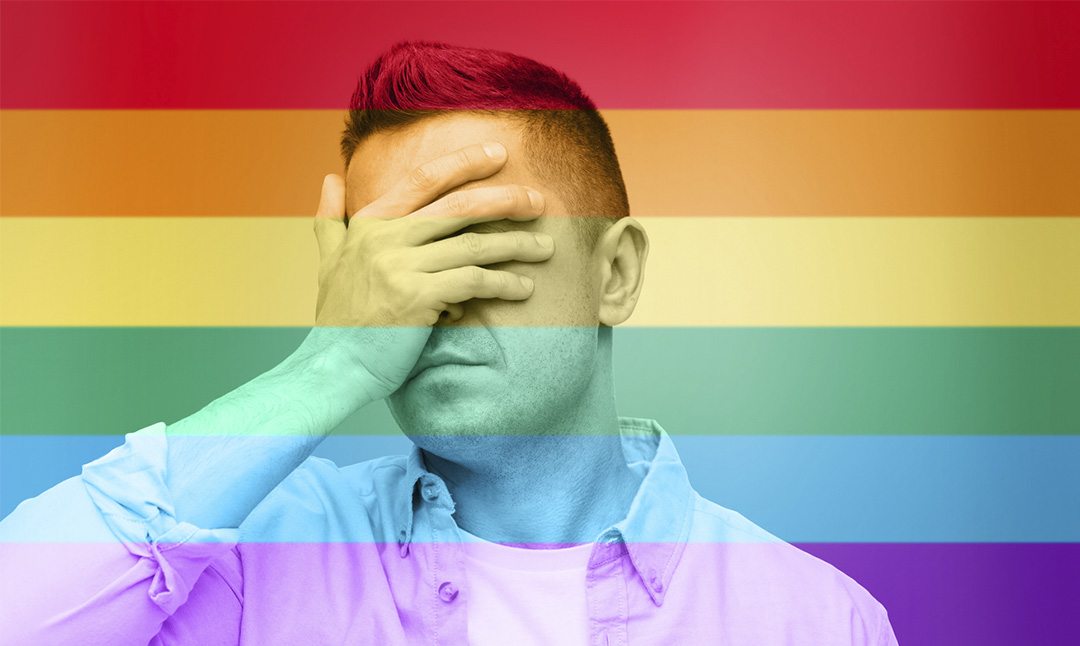 Self-loathing among gay people is not news. For example, my hair-dresser, who’s been openly gay since forever, is the most outrageous homophobe I’ve ever met! The psychological motive behind such a behavior can be unresolved issues with shame and embarrassment about one’s own sexual orientation. Or rejection. Or unrequited love. Or anything, really.

So far, little research has been done into what causes anti-gay attitudes. Yet, there are two solid studies, one of 1996 and another one of 2012, that measured homophobia, via questionnaires and interviews. The earlier study was conducted by psychologists at the University of Georgia. The subjects were self-identified heterosexual men, some of which claimed they were homophobic, and the rest not. They were all shown gay male erotica. The results couldn’t be more explicit: The homophobic straight guys showed an impressive penile erection compared to the one demonstrated by the group of those who identified themselves as non-homophobic.

As for the 2012 research, the results spoke even more eloquently in favor of the tested hypothesis. The lead researcher of the study, Netta Weinstein, a lecturer in the School of Psychology at Cardiff University, came to the conclusion that “individuals who identify as straight but in psychological tests show a strong attraction to the same sex may be threatened by gays and lesbians because homosexuals remind them of similar tendencies within themselves.” (Psychology Today, April 26, 2012). Of course, the findings are far from being robust, and yet, we cannot but trust Netta and her colleagues!

Whatever we choose to believe, though, one thing is for sure: Being a part of a predominant heterosexual society can be a challenge to every gay person, and especially to those in adolescence and in a vulnerable family position. But what is even more challenging is to embrace your own sexuality and feel OK about it even if you have grown up in a controlling and homophobic home and social environment. And everyone who’s grinding their teeth out of unreasonable anger towards homosexual people should know this: Gay people don’t bite. Unless, of course, you don’t ask them to…nicely.