How to Keep Your Sex Life Active As a Gay Father

Posted on September 2, 2020 by Andrew Christian

Being a gay father is a privilege one should cherish forever, but taking constant care of a kid, whether adopted or the fruit of your loins, has its drawbacks too. Especially when it comes to being sexually active with your husband. Let’s see if we can help you find the perfect balance between being a dad and being sexually active gay man.

Case study #1: Being in a steady, monogamous relationship

Make some time just for the two of you

Your relationship status is not much different than that of any exclusive heterosexual couple. But you must have already realized that. For one, you don’t feel like having sex that often anymore. But when you ARE in a mood for some kinky play, kids are ALWAYS around. A total of 46% of all couples with kids, no matter gay or straight, complain of not having enough time alone. But it doesn’t have to be so. Get a babysitter! Some responsible high school senior, who’ll see that the kids are safe and fed while you and your partner are having a “tea party” for two in some chic hotel room. It’s romantic. And it’s damn steamy, too.

But in case booking a room in a hotel is not an option, you can always ask the babysitter to take the kids out for a walk in the park, or for pancakes, or whatever, and spend the afternoon sweet lovemaking in your own bedroom. Investing even an hour in your sex life is still priceless.

Once the kids are old enough to walk around the house sticking their noses everywhere, you should teach them to respect the closed doors of their daddies’ bedroom. Kids generally don’t believe in closed doors, especially if their parents are “hiding” behind them. That’s why, it’s vital that they realize their needs are no more urgent than their dads' needs! What’s more, the locked doors give you the green light to get naked without worrying that you’d give the kids an eyeball shock. 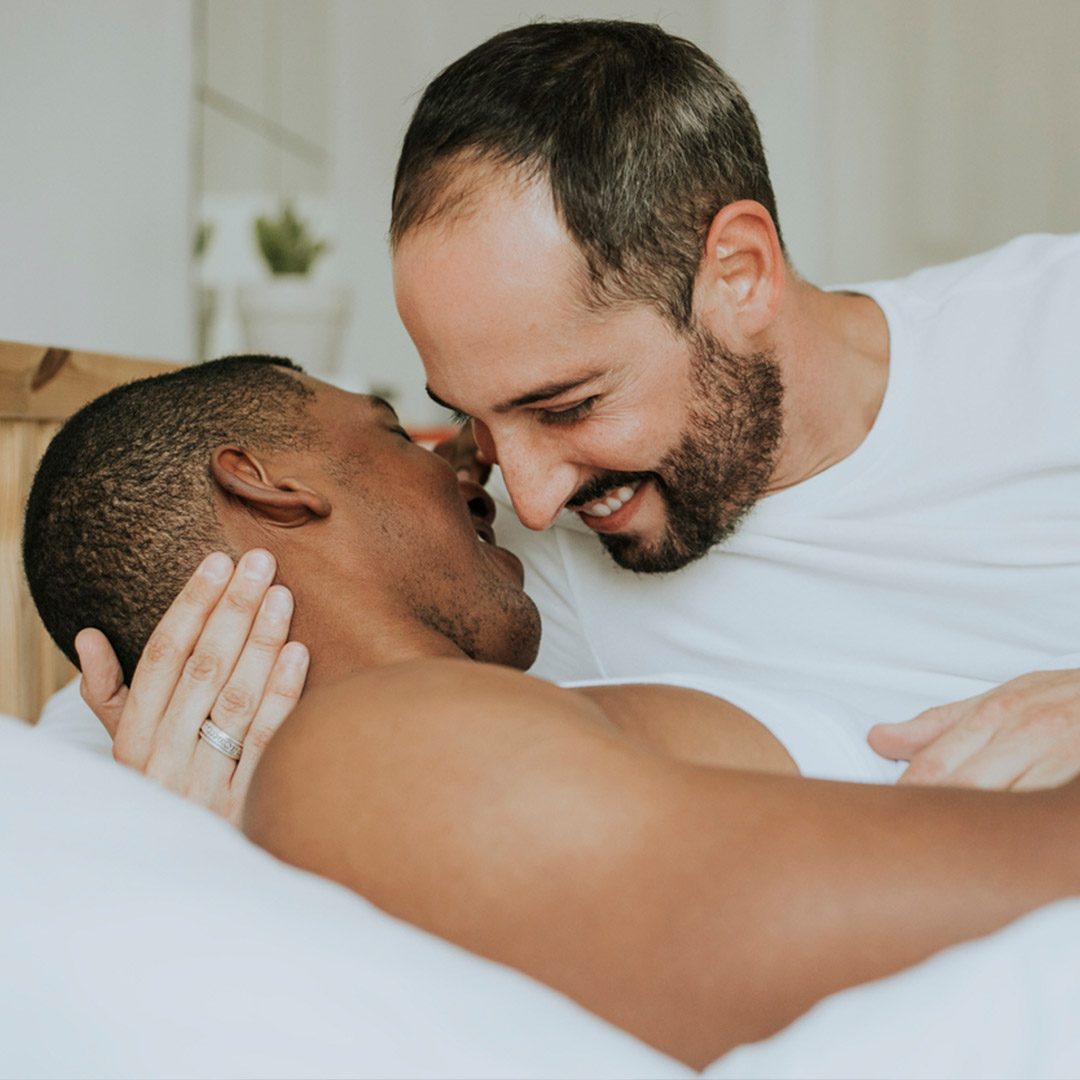 Change the subject from time to time

The kids may be the most precious thing in every parent’s life, but you shouldn’t make them the topic of every conversation with your partner. Sex is not only about opportunity, it’s also about staying connected with your man. Talking nonstop about the children reduces the relationship to a prosaic undertaking.

Don’t keep it a secret that you’re a father

If you’re looking just for a quick fuck in an alley, then you’re not expected to sit down and converse with your partner about the weather, the presidential elections, or your family status, for that matter. But if you’re looking for a hot ass to fuck AND a relationship, then you shouldn’t avoid the fatherhood topic. You probably worry that the childless gays out there are going to consider your situation as bad news, and yes, there certainly will be guys who’ll think negatively of that. But contrary to what you imagine, a child of your own is not necessarily a cock-blocker. If you act like a self-doubting gay dad around the guys you fancy, they will smell your insecurity and take off. But if you conduct yourself as a charismatic man with high self-esteem, they’ll see you as attractive and fuckable boyfriend material.

The sex appeal of the single dad is not a myth! Ask any single straight dad and he’ll tell you that chicks melt down at the sight of a man in a grocery store pushing a shopping cart with a 4-year-old in it. If you think this example doesn’t concern you, we have some news for you: gay men also go shopping for veggies, eggs, steaks, and wine, which they just might decide to share those things with some hot gay dad.