Is an Open Relationship Right for You? The Amazing, the Bad, the Ugly

Posted on November 7, 2018 by Andrew Christian

When everything from a pizza to wine to a fine man can be delivered to your doorstep with an app, it's hard to settle on one option. Alas, some of us do find ourselves with the best slice, a perfect glass, and our soulmate, but then again...Does finding "the one" mean we have to actually settle down for good? I love a glass of red, but does that mean I can never have white? Exactly.

The same goes for those who are in open relationships. They may have found the person they want to be shacked up with for eternity but that doesn't mean they have to close shop forever. Open relationships are becoming less and less taboo every day with the pros and cons balancing out. Take a look for yourself and see which side you lean towards. Maybe you'll want to turn your closed sign over to "Open for Business."

Uh, duh! The main reason to have an open relationship is so that you can go out and get it on with different people and it not be cheating. Guilt-free sex and a man waiting for you at home with Netflix ready to go? Did someone say, "Dream come true?"

Your partner may not be ready or comfortable exploring as much of their sexual side as you, but maybe a new partner would be. This gives you the freedom to go and get your freak on outside of your marital bed without freaking out your main squeeze.

If you're too wild and don't pay attention to who you're giving free rides to, you may wind up paying the price at the free clinic. 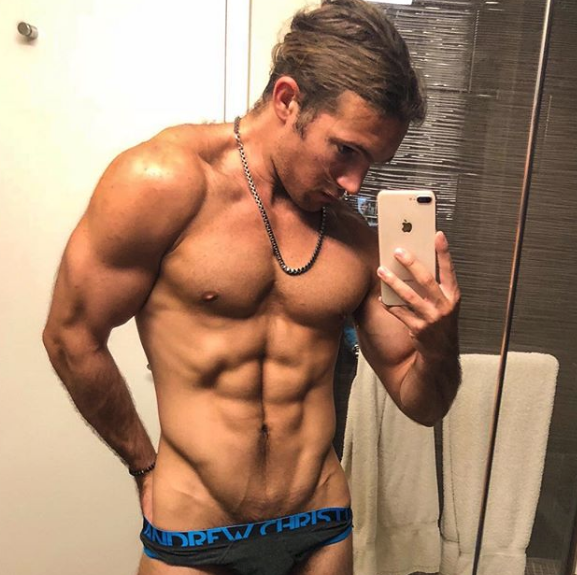 A couple has to have an insane amount of trust between the two of them to agree to an open relationship. You're pretty much saying that while you two are committed, you are 100% down with one another going out and being intimate with other people. Not pretty much. That is exactly what you're saying. With that, it's clear that you two believe you have an unbreakable bond.

Like the washboard abs of Nick Jonas sing, "I still get jealous." Even the coolest cucumbers on earth can still get a bit jealous when they see their partner with someone else. Even if they, too, are banging other people. That jealousy can build up and eventually lead to long-term issues between you two.

Some couples can become too dependent on one another. So much so they lose a piece of who they are as they form into one of those couples that have a joint name. Brangelina ring a bell? You're no longer you, but part of a pair. Being open helps a person keep or even regain their identity as an individual.

Con: You Lose Time Together

Being in a relationship means you don't have to always go out and impress someone. You can just Netflix and literally chill without expectations. Those in an open relationship may have to take time away from their main partner and that coziness to go out all the time and impress these new potential bangs. That time away could put a strain on the OG ship.

This is for those youngins out there who are in committed relationships because settling down in your 20's and even early 30's can seem daunting. We're not our grandparents. We don't meet and marry someone at homecoming. Our generation is still deciding whether or not monogamy is for us and while there are some of us who enjoy it, being open can allow for us to explore other options while trying to make "the one" work. Sort of like a new normal.

The absolute worst thing about an open relationship is the fact that either you or your partner could potentially fall for someone else. But hey, this could and does happen in relationships that aren't open so...?