Is Your Crush Gay? Here's 8 Ways To Tell

You think you are blessed with an accurate gaydar, but sometimes people are not what they seem to be, or what you think they may be. Nowadays, more and more straight men are tempted into appropriating certain elements from queer culture - they are into interior design, dance and yoga, and are not afraid to wear crop tops at the gym. Given that, it has become almost impossible to say whether one is gay or straight. The task gets even trickier when it comes to guessing the sexuality of someone we've fallen for. If you don’t want to make fool of yourself by making a move on your secret crush without being 100 percent sure that he's gay, here are some useful tips on how to make sure you’re not barking at the wrong tree.

People underestimate the potential of nonverbal communication, but in our case, it turns out to be more than useful. Prolonged eye contact, no matter whether you are in the subway, at a smoothie bar, or the dry cleaner’s, is always correlated with interest. And sometimes with physical attraction, too! Now, straight men don’t tend to look at another man for more than two seconds. Otherwise, people will start doubting their heterosexuality. If, however, a guy stares at you, and there’s a subtle question in his look, that’s a clear sign he is gay as pink ink.

Him and the ladies

The way guys behave around women can be an indicator of their sexual orientation. So, next time, when you come upon your person of romantic interest being in the company of a female friend, attentively observe his body language. Straight males prefer face-to-face communication. They spread their legs while sitting opposite their female acquaintance, for, so to say, an open display. A gay man will sit next to the person he’s communicating with and is likely to be touching them more than it’s conventionally accepted (especially after #MeToo!). All in all, the body movements of a gay man are more relaxed in the presence of women. For understandable reasons.

Check out the bathroom

Although bathroom inspection is a very shallow basis for evaluating people’s sexuality, it is actually an excellent method for that. David Beckham may keep 150 bottles of top designer perfumes and balms on his bathroom shelves, but only a true gay man would know the difference between an emollient-based moisturizer and a humectant-based one. 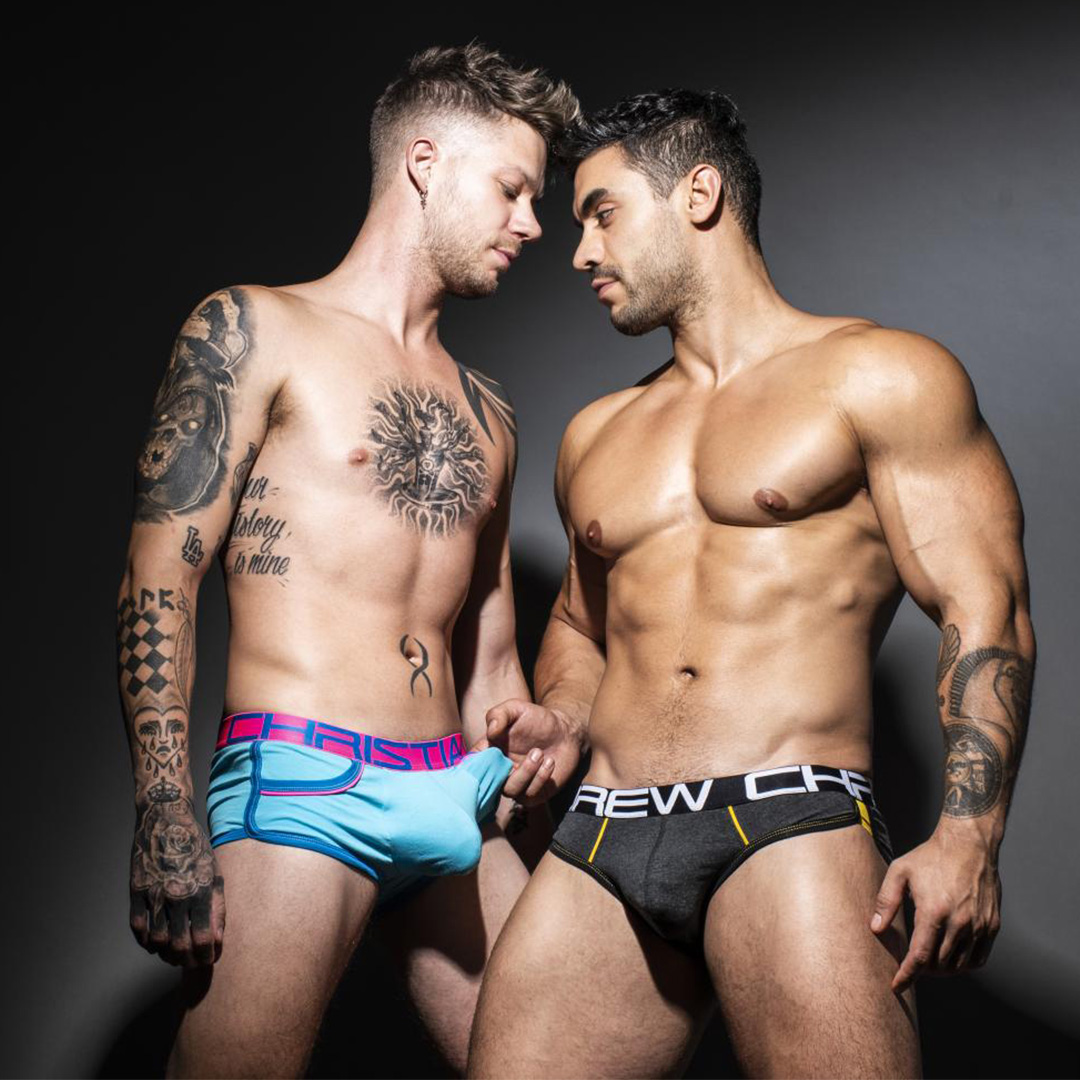 This one requires a little bit more of an intimate investigation, but it’s not completely impossible to be done. If a guy owns even one piece of Andrew Christian underwear, OK, no question about it, he is gay. Straight guys don’t wear AC...or do they?

Currently, it’s “single.” And it’s been single forever. If he’s avoiding the question of why he’s never had a girlfriend or is reluctant to speak about his previous relationships, that’s probably because they were not exclusively with women.

In case you can’t get to meet in person your crush, and see for yourself whether the above-described criteria apply to him, you can still refer to science. Just recently, researchers from Stanford University have come up with a computer algorithm which can tell from a photo whether a guy is straight or gay. Tests have shown that this machine intelligence can distinguish between gay and straight features with up to 91% accuracy! The findings of the researchers come in strong support of the theory that “faces contain more information about sexual orientation than can be perceived and interpreted by the human brain.”

But if nothing works for you, and you’re still wondering if your crush is gay, why not just ask?