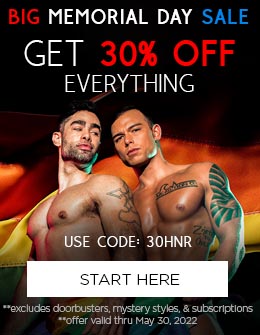 Posted on September 30, 2021 by Andrew Christian

Adult film star Isaac X hit the scene in a, pardon the pun, big way. He won this year’s Grabby Award for Best Newcomer for his featured work for Falcon Studios, Next Door Studios, and Raging Stallion, just to name a few. He's a perfect mashup of the All American Boy Next Door and the bad boy with tatts that your mom warned you about; his personality is much the same, a total sweetheart who can turn up the heat and steal the scene in a twosome, threesome, or even a quadruplesome. It is easy to see why he has quickly become a fan favorite and studio darling.

He stopped by to give us an Andrew Christian exclusive, chat about the industry and about getting wild in and out of the bedroom. 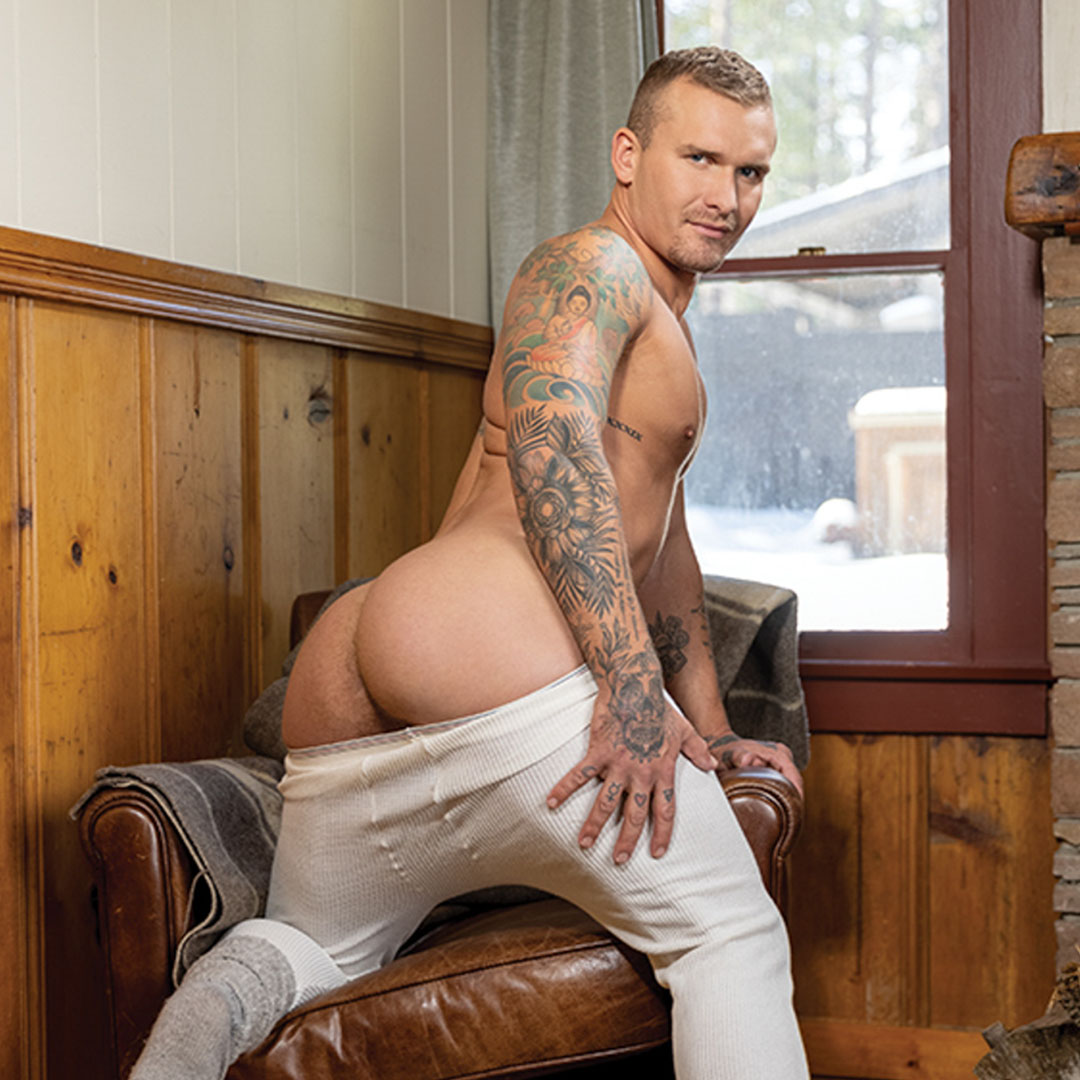 What does the “X” stand for in Isaac X?

What is your favorite type of scene to film?

What has been one of the most challenging scenes in your career?

I have not had many scenes that have been super challenging in my career. The only one that was difficult was a 4 way I filmed with Raging Stallion at CCBC resort. The only reason it was challenging was because it was extremely hot outside and we were filming for hours and I do not do well in the heat. The scene came out beautifully though and it’s one of my favorites to date! The challenge is always worth it!

What is your ritual after a day of filming?

How are you most different than the Isaac we see on camera?

I do not believe I am different from who you see on film! I tend to try to be as authentic as possible in all areas of my life.

What are your top 3 favorite TV shows?

I rarely watch TV I prefer to listen to music! If I had the choice I would just listen to my favorite artists for hours over watching a TV show or movie.

What would the name of your biography be?

I thought about this question for a while and it’s way too difficult to answer as I’ve lived many different versions of life in the last 32 years. I would probably just call my biography my real first and last name.

What was your first audition like getting into the adult industry?

I never had an audition, I was given a referral from a friend I did Onlyfans with and I just showed up and shot my first movie.

What do you notice first about a guy?

What I notice first about a guy is their ability to connect and be present. I prefer to connect with people who are open, down with good conversation, and willing to be open about who they are.

What is something you do in the bedroom that you don't do on camera?

Nothing. The most wild I get is on camera for a scene. At home, with a hookup, I love rough sex but I also prefer to add some passion in there that you might not see on camera as it wouldn’t be appropriate for the scene.

Where do you see yourself in five years?

I have zero idea. My life has changed so much so quickly, even when I had plans of going a different direction. So I just see where life takes me. 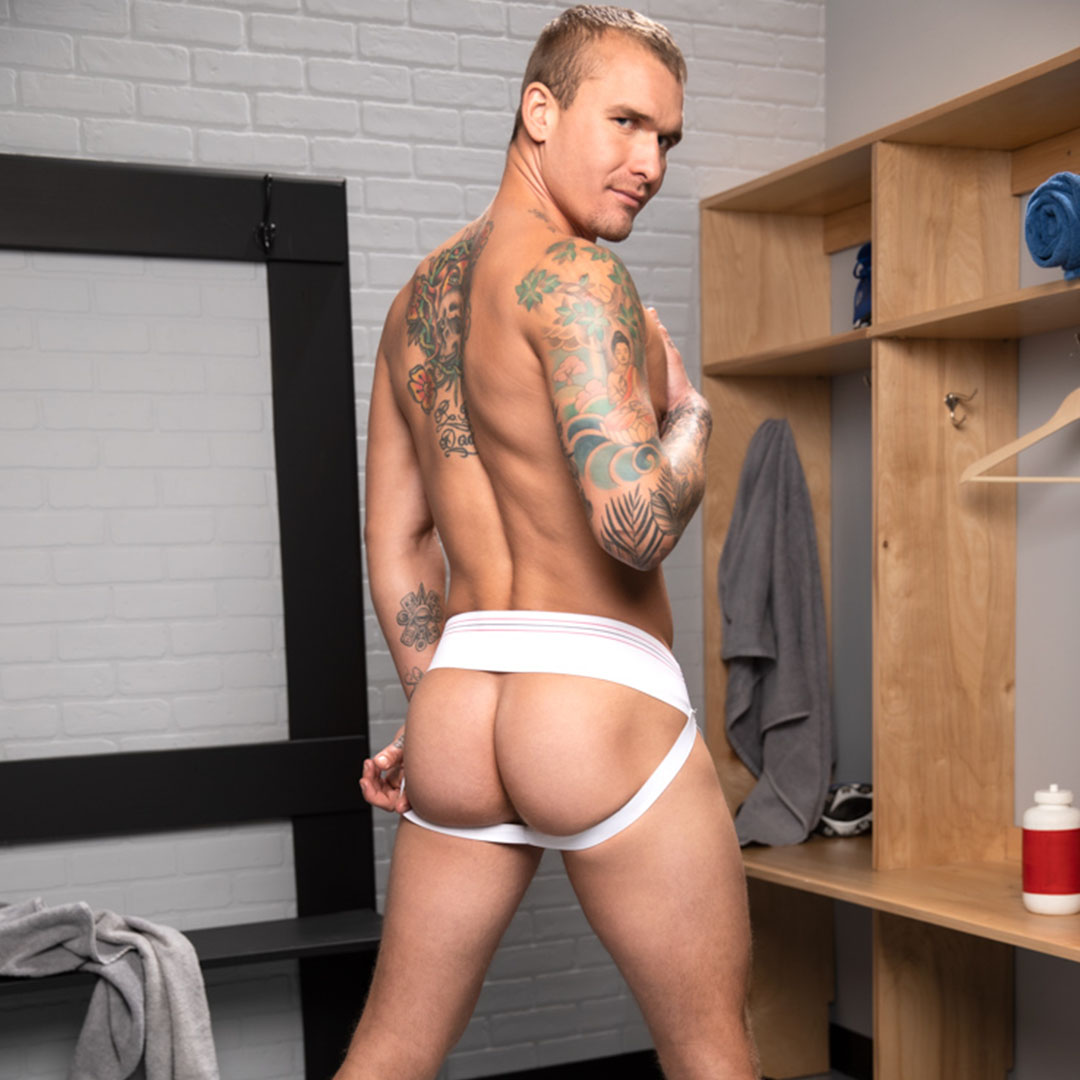 Who has been a favorite co-star, why?

I can’t pick one. My favorites are Sir Peter, Cole Connor, Chris Damned, Valentin Amour, Gabriel Phoenix, Beau Butler, Marco Napoli... I know I listed many names I can’t pick one person even though the question asked me for one name.

What do you wear around the house?

I usually am naked or in really comfy clothes like sweats and sweatshirts when I’m around the house.

I would love a pair of black Andrew Christians with red embroidery.