Meet Jack Andy, the daddy candy we need right now. He’s been in the industry for over five years and has worked with Falcon, GayRoom, and Lucas Entertainment. His solo work is as hot as his duo, trio, and even quadruple men scenes. He’s filmed with daddies, twinks, and everything in between. During COVID, he’s gone back to his roots as a webcam performer and has beefed up his self-produced and filmed content for JustFor.Fans. He’s been very blessed in the crotch department, and there’s plenty there to play with. He’s also very into fitness, he’s a trainer and diet coach, and his muscled body is a welcome distraction as we order more COVID carbs from Postmates. 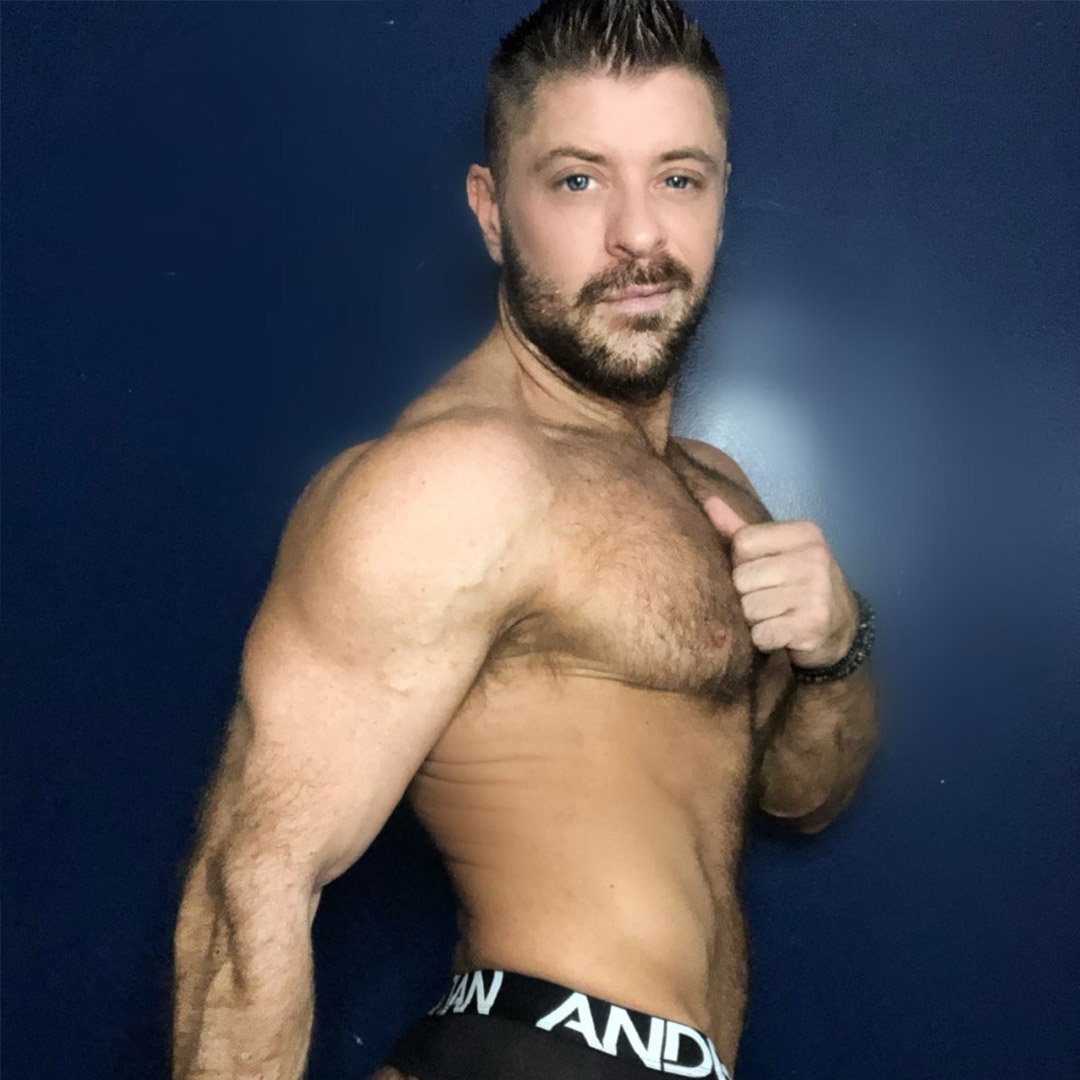 We chatted with Jack about what he’s packing, his adult film career, and what goes on when the cameras stop rolling:

When did you first realize you were bigger than the other guys?

Working at a lil hole in the wall strip club in Centerville Illinois called Boxers N Briefs. A very fierce drag queen/male stripper was the first to notice, ha ha!

Is having a big dick as amazing as people fantasize it is?

It’s a blessing and a curse depending on the bottom. God love my boyfriend for taking it deep.

Was with this boy who has no idea how to top. Was like getting fucked with a 5” pumice stone.

You share your fitness journey on your website...you had gained some weight but used fitness to get yourself back on track. How can we keep to a healthy eating and fitness routine when awful life events happen?

I turned my living room into a gym and created a space for me and other like-minded to go it keeps me motivated and wanting to workout myself. But everybody should have a balanced diet and that’s as easy as learning to navigate the diet apps on iPhone.

What do you do when your partner starts to get out of shape? Dump them?

I actually am my partner's personal trainer. But I was attracted to him at the beginning of his fitness journey so it doesn’t really matter to me. I’m glad he invites the knowledge I acquired during my studies to better his life. I’ve encountered so many people unwilling to change their ways because they think they know Bioenergetics better than a professional without a lick of studying. My partner is smart. He’s going places.

What was the first film scene you filmed for the adult biz?

It was for Raging Stallion with Michael Roman. That slut, god love em.

What do you do in the bedroom that you don't do on camera? Or vice versa?

I don’t think I had the gerbils consent so I can’t say. ... kidding. I’m very intimate with my partner in the bedroom. He knows he’s the one for me. It’s hard to fake that on camera.

What do you enjoy about filming a scene the most?

What do you not enjoy about filming a scene the most?

All the starting and stopping.

What are your top three sexiest requirements?

They make me laugh, can take my dick, have internal orgasms.

Who is an adult film star you haven't filmed with yet that is on your wish list?

There are film stars I haven’t filmed with yet?