Posted on September 18, 2020 by Andrew Christian

Celebrities have the power and reach to influence the world in a myriad of ways. From the clothes we buy to the food we take in, famous faces have always shifted society, but with that level of power - some are realizing they can do better. There are many celebrities who have always been vocal about politics, but ever since Election Day 2016, there have been a wave of LGBTQ celebrities that have taken their political stances to the next level. Whether it be on social media or strutting into DC, these LBTGQ celebrities said, fuck this, and worked overtime in 2020 to ensure people get out and vote.

We all know Sarah Paulson for stealing every scene on ‘American Horror Story.’ She has proven to be a true queen of the small screen, and even has the accolades to prove it, but what she has also done with her reach is stand up for basic human rights every chance she has gotten. Like many, she is sick and tired of the level of violence from cops, the government’s lack of response to the pandemic, gun violence, and more. She has urged her fans to not only stand up for what is right but to get out to the polls this November to enact change.

Sarah Paulson’s co-star Billy Eichner is another LGBTQ celebrity that is not shy about sharing how they feel about the political climate. Hell, anyone who has ever seen his show, ‘Billy on the Street,’ knows just how loud this man can be, and he is using those booming pipes to shove a mic in the face of America. He is not shy about making his thoughts on every issue known and in turn has encouraged many to speak out, loud and proud about what needs to change in this country moving forward. 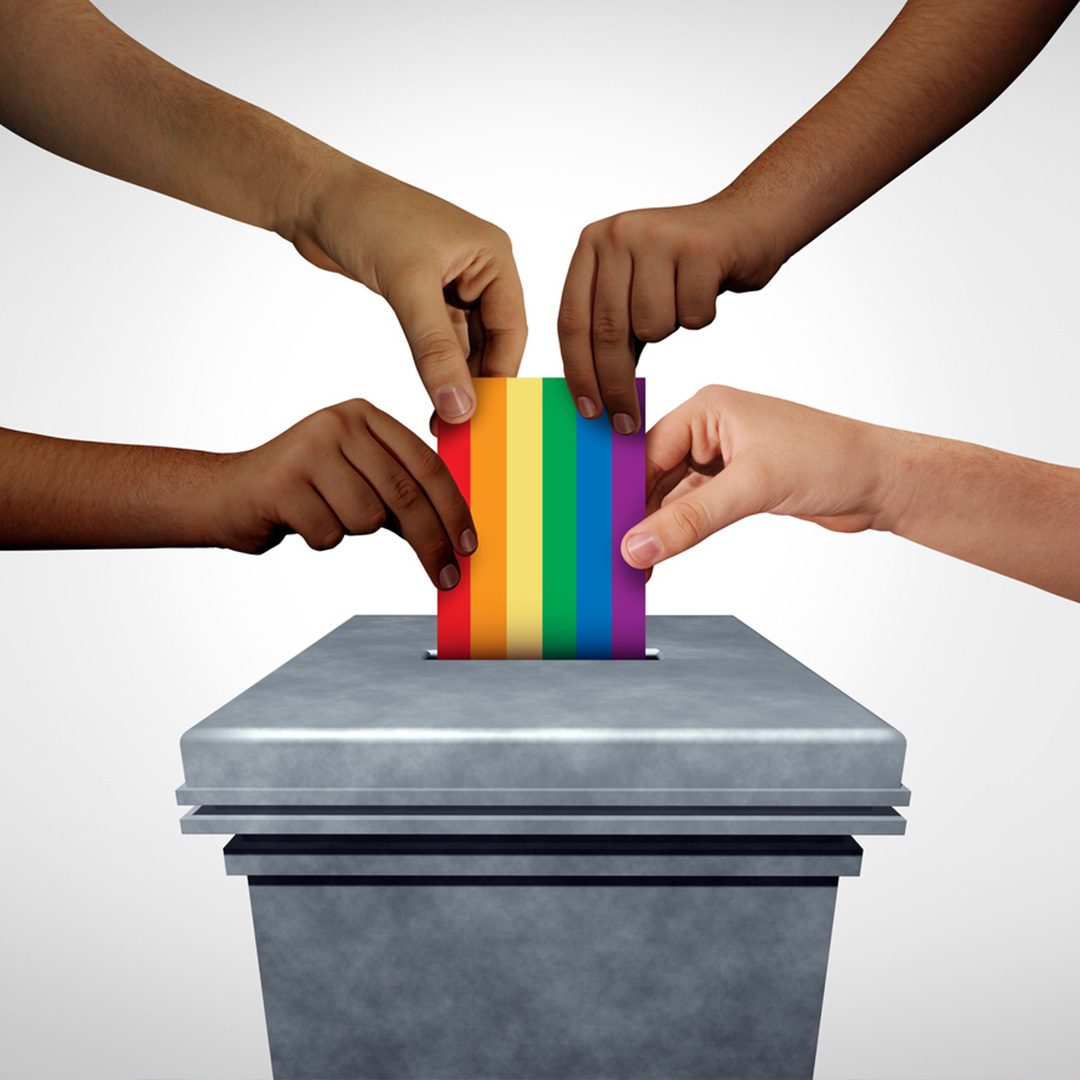 If there is an injustice going down, Demi Lovato is like, what can I do? The former teen star has gone through more than many of her peers but has come out the other end an amazing part of the LGBTQ community, but the world as a whole. She is bright, gifted, and ready to use her platform to cause change for those who have been beaten down for far too long because she knows all too well what it is like to feel that way.

Many think ‘Queer Eye’s’ Johnathan Van Ness is just a ball of whimsy, but no. That is not the case. Yes, JVN is cute and funny but honey, there is so much more. JVN knows what’s up when it comes to politics and has even been to DC with the rest of the ‘Queer Eye’ cast to dish on the issues with the one and only AOC. JVN is a political powerhouse with a purpose and we are here for it!

As a Black lesbian in comedy, it was not easy for Wanda Sykes to get to where she is today but overcame, and is now using her voice to speak out for others who cannot when it comes to Black Lives Matter, and voting for better leadership in America.

When it comes to celebrities that really grasp the mentality of millennials, there is no one better than ‘The Daily Show’ correspondent and comedian Jaboukie. If one were to win awards for tweets that make you think and cry laughing, Jaboukie’s would take every one of them. Not sugarcoating the reality of politics, Jaboukie delivers it to you as straight as some VPs claim to be.