Posted on September 18, 2020 by Andrew Christian

With his baby face good looks, bubble butt goodness, and mischievous grin, Liam Riley is instantly recognizable as one of the main faces of Cockboys and Helix Studios. He packs high octane energy in every inch of his pocket gay frame. He hit the adult industry with a controversial turn from high profile cheerleading with a loyal fan base to porn. A master of the basket toss (a cheerleading move not usually performed by males), he is now mastering basket tosses of another sort, and we couldn’t be more into it. However, parents of the youth that followed Liam from his cheerleading fame were quick to attack. Liam emerged a confident star in the adult industry, proud of his work and proud of his sexuality.

In addition to his on-camera work, he has traveled to over 184 cities as a personal assistant to drag star Shangela Laquifa Wadley, who has appeared in RuPaul’s Drag Race, A Star is Born, and HBO’s hit show, We’re Here. 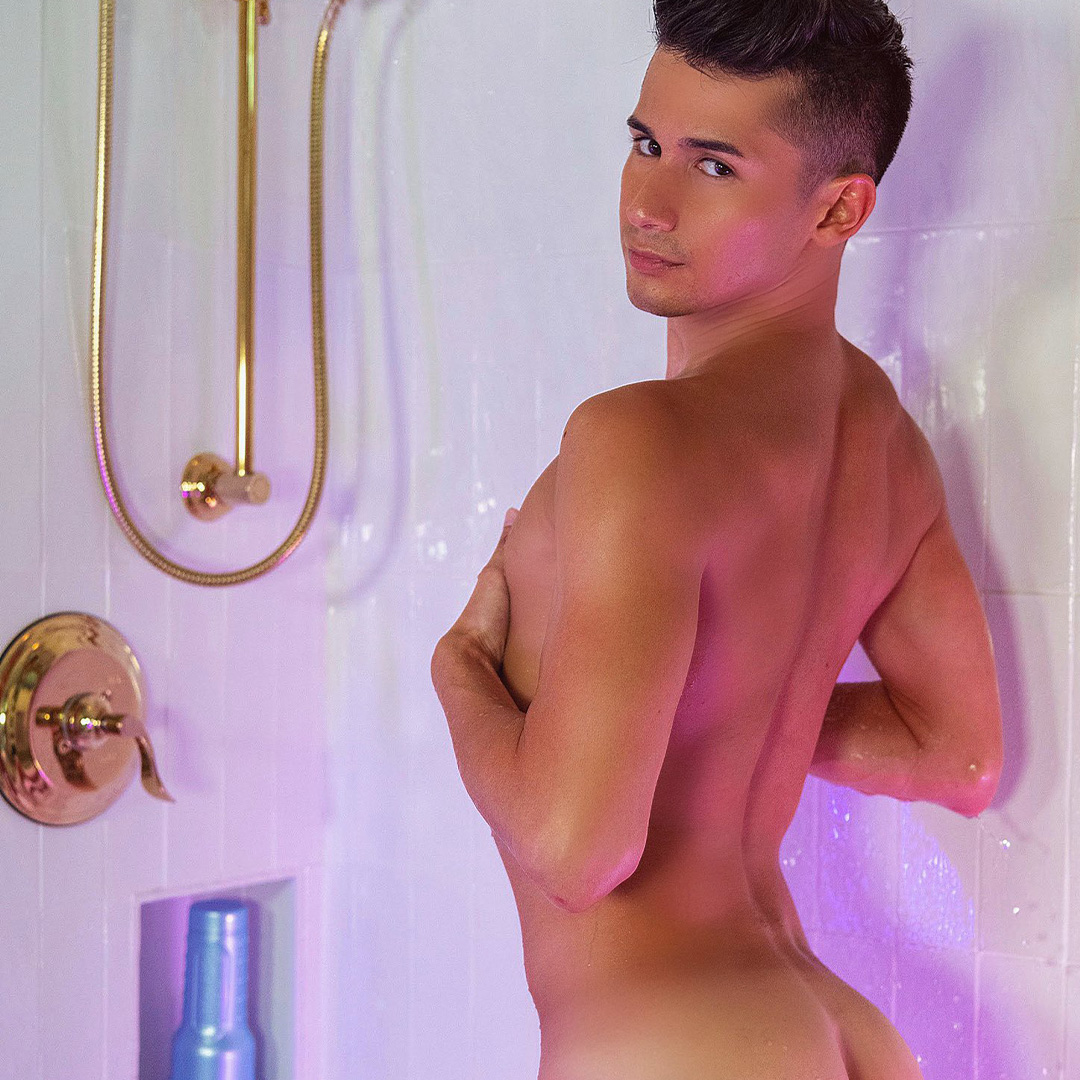 We chatted with Liam for an AC exclusive:

What was your coming out story?

Growing up I was always a little more feminine than most boys so it wasn’t something that was easy to hide. I have an accepting mother and an amazing stepdad who gave me a lot of support to be my most authentic self. Competitive cheerleading also gave me an opportunity to be surrounded by queer people like myself.

What was your first audition like as an adult film actor?

My debut scene was nothing less than breathtaking. I was signed as an exclusive model for Helix Studios and under Director Casey Roman and Alex Roman, we created “Sex En Rouge”, an inspired European cabaret, meets red-light district, live sex show. It went on to win “Best Sex Scene” in 2013.

What do you enjoy most about being in the adult industry?

I’ve gotten to meet a lot of amazing people and have worked with amazing companies, while also getting to create art and express my sexual liberation as a gay man.

What are the biggest misconceptions about being an adult film actor?

The biggest misconception about being an adult star is that sex work is real work. Like any other job you wake up and you go to work. It’s a form of art and sexual freedom and liberation if done correctly. In my career I’ve always tried to lead a positive message that sex is healthy and natural and should not feel shameful or guilty - we ALL do it.

How do you prepare for a day of filming?

I like to start my days early on a shoot day. I like to wake up, check out social media, start getting up and stretching. I like to sit at my vanity doing my beauty products and anything and everything that makes me feel good. I’ll then shower and do my bottom duties to make sure I’m taken care of and smelling like a flower after. To finish off before a long day on set, I’ll have a light fruit bowl or parfait!

What do you do after a day of filming?

I like to relax after a long day on set. I usually just shower and watch Youtube videos. I’ve been obsessed with David Dobrik lately. I’ll have dinner and just fall asleep pretty early.

Do you have any sex tips for FaceTime sex during quarantine?

Get creative and use your imagination during quarantine. We have all come together, while also still being apart. You can definitely have a great time on Facetime, throw on a cute outfit, and show off your best angles.

You enjoy exploring both your feminine and masculine side - I love your drag queen alter ego Bambi! Is there any push back from either side for crossing over?

Thank you! I love getting to express both sides of myself. In my drag persona, I really get to express my more feminine side while in my adult work I am in my most masculine form. I’ve had a lot of positive feedback from people who support me. A lot of them have followed my journey since cheerleading!

What do you find most attractive in a sexual partner?

I find most attractive when someone is hands-on and knows what they want. I like guys who have a good head on their shoulders. Someone who is driven and determined and has goals for themself. Someone who inspires me to be a better person.

What elements would you include if you were to design the perfect Andrew Christian underwear?

I like the perfect boy cut brief, something a little cheeky and innocent. I would also have to pick a soft pink or baby blue with white trim.

Worst Hookup Story: The worst hookup you could possibly have is not being 100% not into someone and still going through with it! Even as awkward as it may be, USE YOUR VOICE.

Most embarrassing song on your playlist: NB Ridaz

Most romantic thing you've done on a date: I’m a hopeless romantic and such a good boyfriend. I like to always go further and beyond for every date night, I think that’s what makes it so special. I love to be in love and I love being someone's everything. Love is very special to me.