You may have noticed a new stud heating up the Andrew Christian arena. Handsome, scruffy, and those beautiful eyes! Did we mention how well he fills out his undies? He loves performing and is equally comfortable appearing in videos as he is in still photos. His Instagram is artistic, playful, and super sexy. If you are in Southern California, you may see him putting his dancing skills to hot use at a variety of nightclubs. Not only are we jealous of his moves and smoldering good looks, but we are also super jealous of his pics with Jennifer Coolidge at the White Lotus Season 2 premiere party.

Besides his looks, his personality is equally hot. He’s super nice, very playful, and a great talker. We caught up with JeanPaul for this AC exclusive and chatted about his career in entertainment, his first sexual experience, his struggle with body dysmorphia, and what kind of undies he’s wearing around the house: 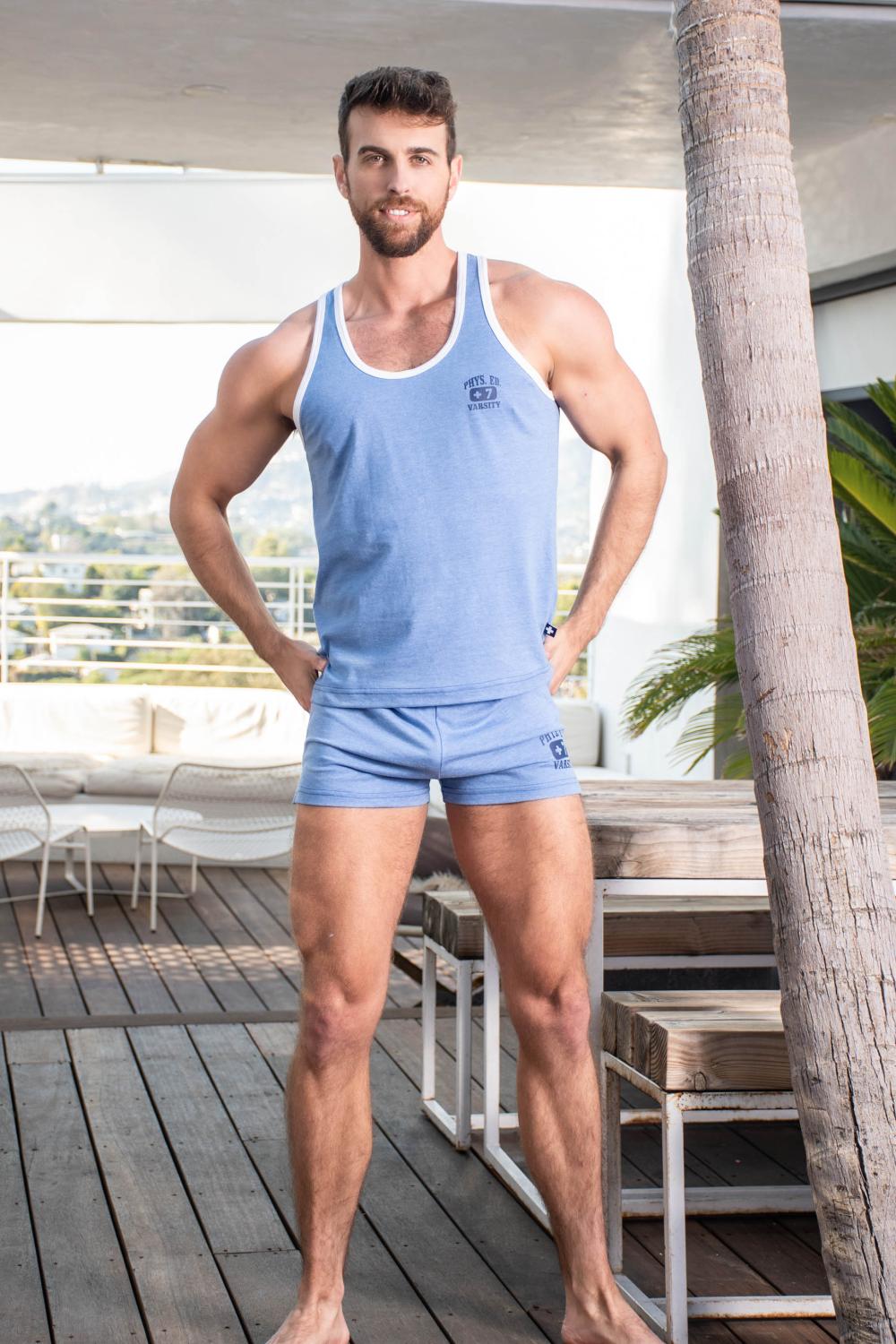 Where are you from? Tell us a little bit about your background.

I grew up in Boca Raton, Florida. I was a very artistic child, I started playing the clarinet in 6th grade and eventually went to an Arts high school for music. My passion for dance sparked in early high school and I started studying ballet, jazz, modern, and hip-hop. From there I started college at the University of Central Florida as a hospitality Major and a Dance Minor. Eventually, I became a performer at Disney and over the course of the next 10 years I did many shows, parades, and characters, and even got to work in Japan and France for a year!

Do you remember buying your first pair of Andrew Christians? Tell us about them!

I don't remember specifically buying my first pair of Andrew Christians, but I do remember the feeling of liberation I felt when I put on a pair of AC and how sexy I felt as well.

What do you love most about wearing Andrew Christians?

I love how confident AC underwear makes me feel. I can be an introverted person, but if I'm showing off a sexy pair of ACs I feel unstoppable for sure.

What was the audition process for becoming a Trophy Boy?

Andrew Christian contacted me via Instagram and asked if I would like to come in for a shoot for the brand. I was excited to work with Andrew, and the shoot ended up being so much fun! From there, I was asked to come to Palm Springs to film a few bartending videos for the AC blog. Being a bartender myself, this was right up my alley. After the videos, I participated in an in-studio shoot for the brand, where I was asked officially to be a Trophy Boy, which I gladly accepted.

What does being a Trophy Boy mean most to you?

Being a Trophy Boy is certainly a huge honor. I know a lot of people know the Trophy Boys, and I feel humbled and thankful to have gotten the opportunity myself!

Tell us about your first sexual experience.

My first sexual experience was ridiculous. I was in the car with a guy I had been chatting with on Adam4adam (dating myself), and we finally decided to meet up. I was a freshman in college at the time and had only recently come out of the closet. I get in his car, we made out for a bit, and then he tries to go down on me. I was so nervous and excited that the second his tongue touched the edge of my penis, I started hysterically laughing because I was so incredibly sensitive for some reason. We never finished and I went back to my dorm horrified. I've since gotten over that sensitivity thank goodness. 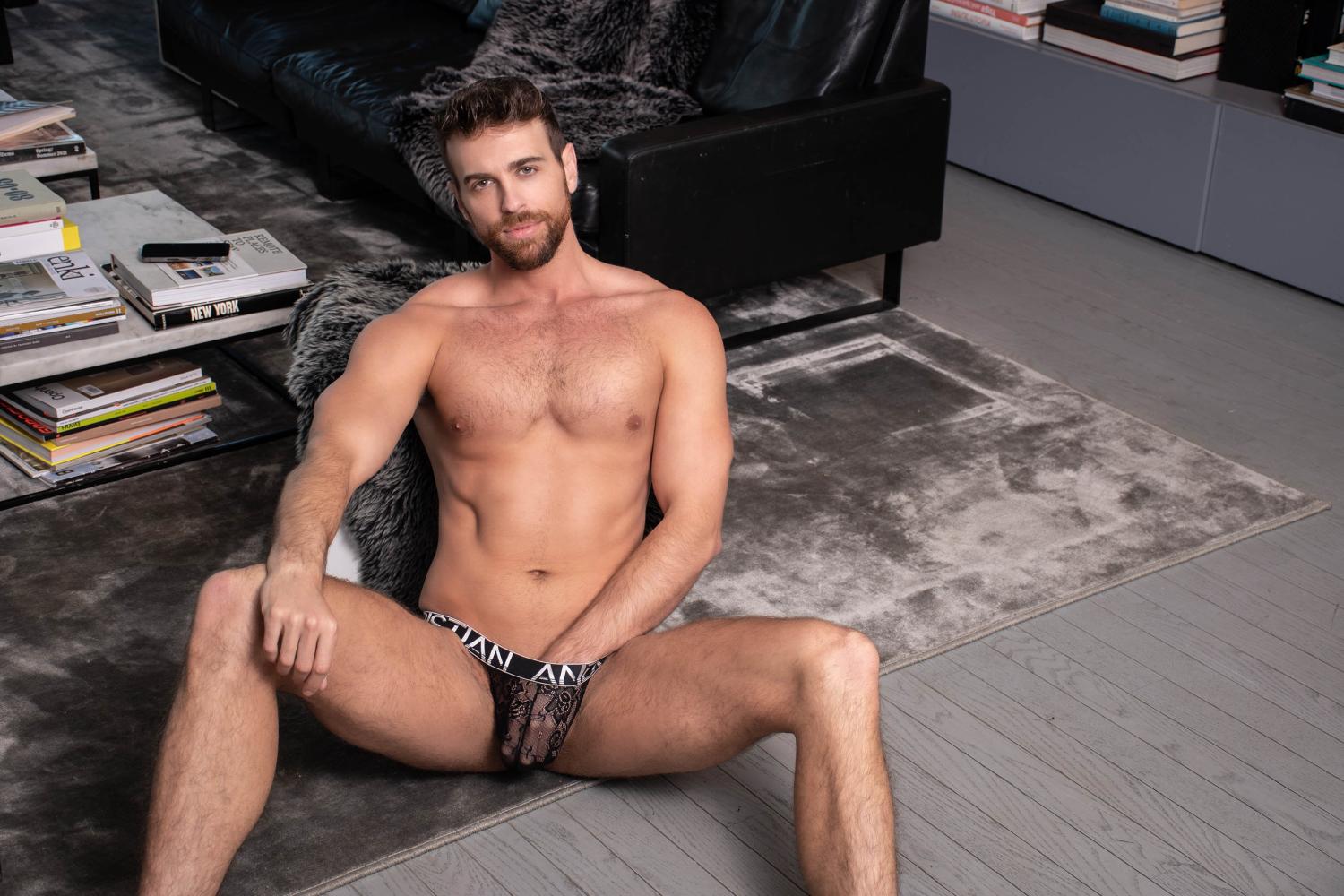 Have you always loved showing off your body?

Definitely not. I suffered a lot of body dysmorphia all through middle, high school, and even college. I wouldn't even look in the mirror, or I wouldn't wear a tank top if I didn't feel like my arms looked nice that day. It took a lot to get through that hatred of myself, but after a lot of self-discovery I can say I'm very comfortable and happy with my body now.

What is your favorite body part on yourself?

My favorite body part would probably be my chest. I do 300 pushups every day at the gym when I'm not working out my chest. I started with 100 and worked my way up over time to do them in sets of 50 in between my sets.

What attracts you most about a man?

Goofiness. An attractive body is great, but I need more substance than just that. There are so many pretty faces in LA, I need a guy to have something extra to really draw me in.

Does being a part of the nightlife and modeling world affect your romantic life?

I think it definitely has. I've learned a lot about myself being in this world, and mainly it's that I'm so happy on my own right now I can't even picture myself dating someone! I'm still learning, growing, and finding my path here in LA, and I think that once I am more established career/workwise, I can think about opening myself up to finding someone for me.

What are the biggest misconceptions people have about you?

That I'm some kind of sex kitten. I love to be sexy in photoshoots, and look like I have the confidence and look to sell a pair of underwear. I love transforming into this character that is so drastically different from who I really am. I have such a goofy, silly, chilled-out personality that I think sometimes people think I'm more the character of sexy JeanPaul, and not who I really am. I always say it's like being a drag queen. I get to put on this character of a larger-than-life personality, but then I can go back to being nerdy quiet JeanPaul after. I'm basically Hannah Montana.

What are some hobbies/talents you have that we would be surprised to find out?

As I mentioned in the previous questions, I have a dance background. Performing Arts has always been something that has come naturally to me, and something I've always been very passionate about. Now, I go-go dance all over LA and really get to throw myself into nightlife while doing what I love. 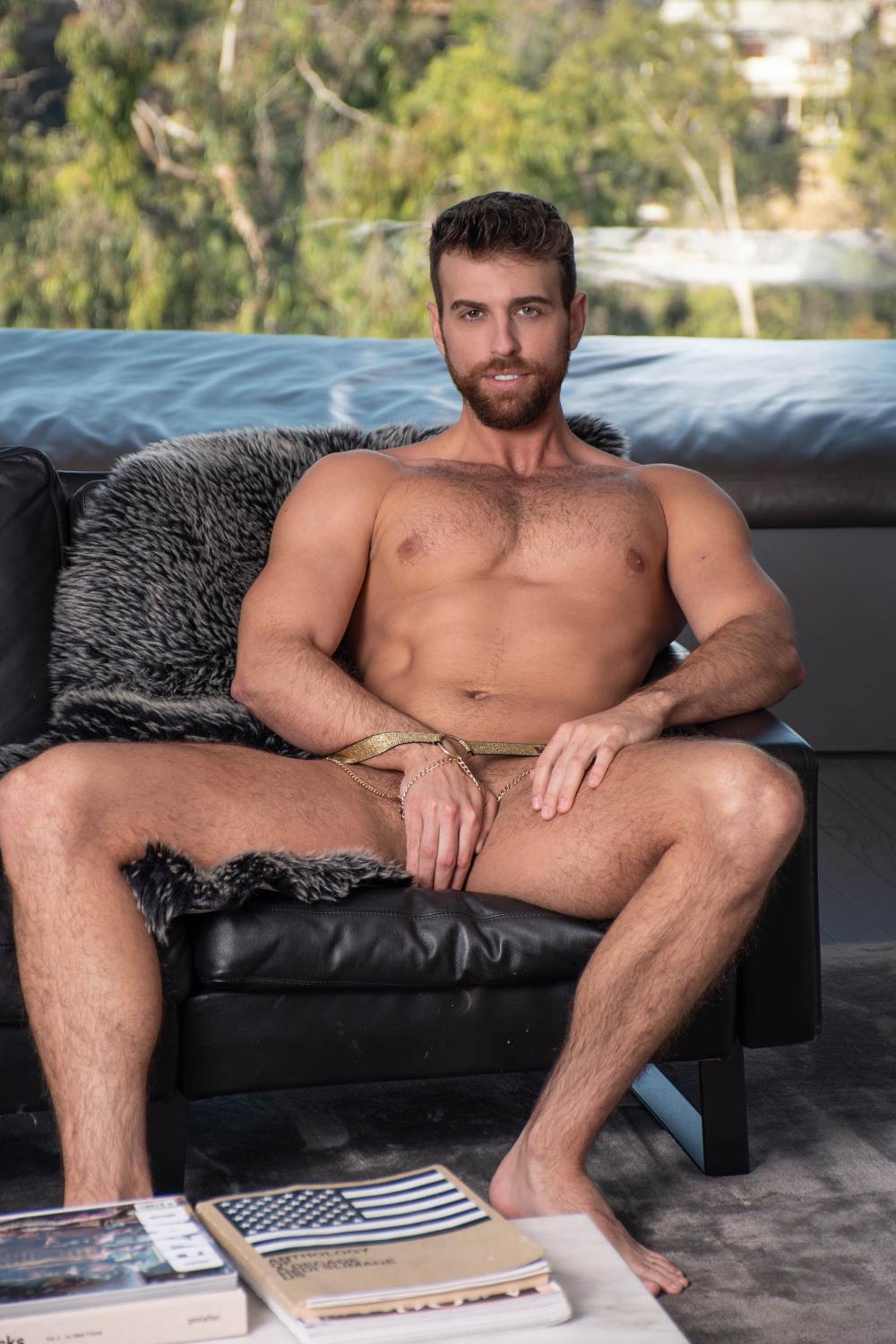 White Lotus season 2, RuPaul's Drag Race all 25 seasons that have come out this last year, Dragula Titans, and most of the true-crime docuseries on Netflix

Chris Pratt, the things I would do.

What’s your biggest personal goal for 2023?

Just continue to better myself in my career, modeling, acting, and establishing myself as a force here in LA

What kind of underwear do you wear around the house on a day off?

I usually stick to boxer briefs on a day off. But every now and again I'll throw on a jock if I'm feeling sassy.

Oh! My design would be dark, lacey, lingerie-like, maybe with some leather. I love when a man can wear something naturally meant to be more feminine, and still bring out the masculinity in it. Or on the flip side, I'd want something pink and absolutely covered in rhinestones.