Meeting His Mom for The First Time? Look Out for These Traps

The day you started dating him you knew he was а mama’s boy. The signs are everywhere. For one, the extent of his cooking skills are limited to the microwave. He and Mom constantly Snapchat each other, and what’s more, he runs all his decisions by her. When Mother says that something (or somebody!) is no good, then it’s so. Full stop. Because Mother is always right. Given all that, you are, of course, terrified to meet her. But your boyfriend insists, so what can you do but oblige, and try not to fuck it up?

Here are some useful tips to follow, and some traps to avoid to prevent calamity. Study them now while you have the time, because odds are no one is meeting the parents right now... But later on, you will be prepared.

Mom has played that game before

And that’s why she is not easily fooled by your smart looks and your gifts - flowers, wine, chocolates, whatever. You are not the first boyfriend her son has introduced to her, and she’ll instinctively start comparing you to Handsome Bobby or Diligent Jack. She’ll doubt every single word and gesture of yours. It’ll be difficult to dampen her suspicions, but if you don’t try hard to make the best possible first impression and just behave normal, she’ll feel more relaxed about you. The woman is a walking lie detector and she can literally smell even the tiniest speck of dishonesty.

Research is your secret weapon

Doing some research in advance is absolutely mandatory. It doesn’t matter whether you ask your BF about things you should know about his mother, google her, or both. What if she has some kind of OCD you are not aware of? Let’s say, she likes to keep things in a specific order, and you accidentally misplace a porcelain duck figurine or a chair. She freaks out, and the dinner is over. And probably so is your relationship with her son.
Despite the potentially scary stuff in her biography, there must also be some interesting facts about this woman, such as special talents she may have, awards she’s won, exotic countries she’s been to, or sports she excelled at when she was younger. At some point of the conversation, you could nonchalantly bring that information up, and thus, make her feel special and, most importantly, seen! 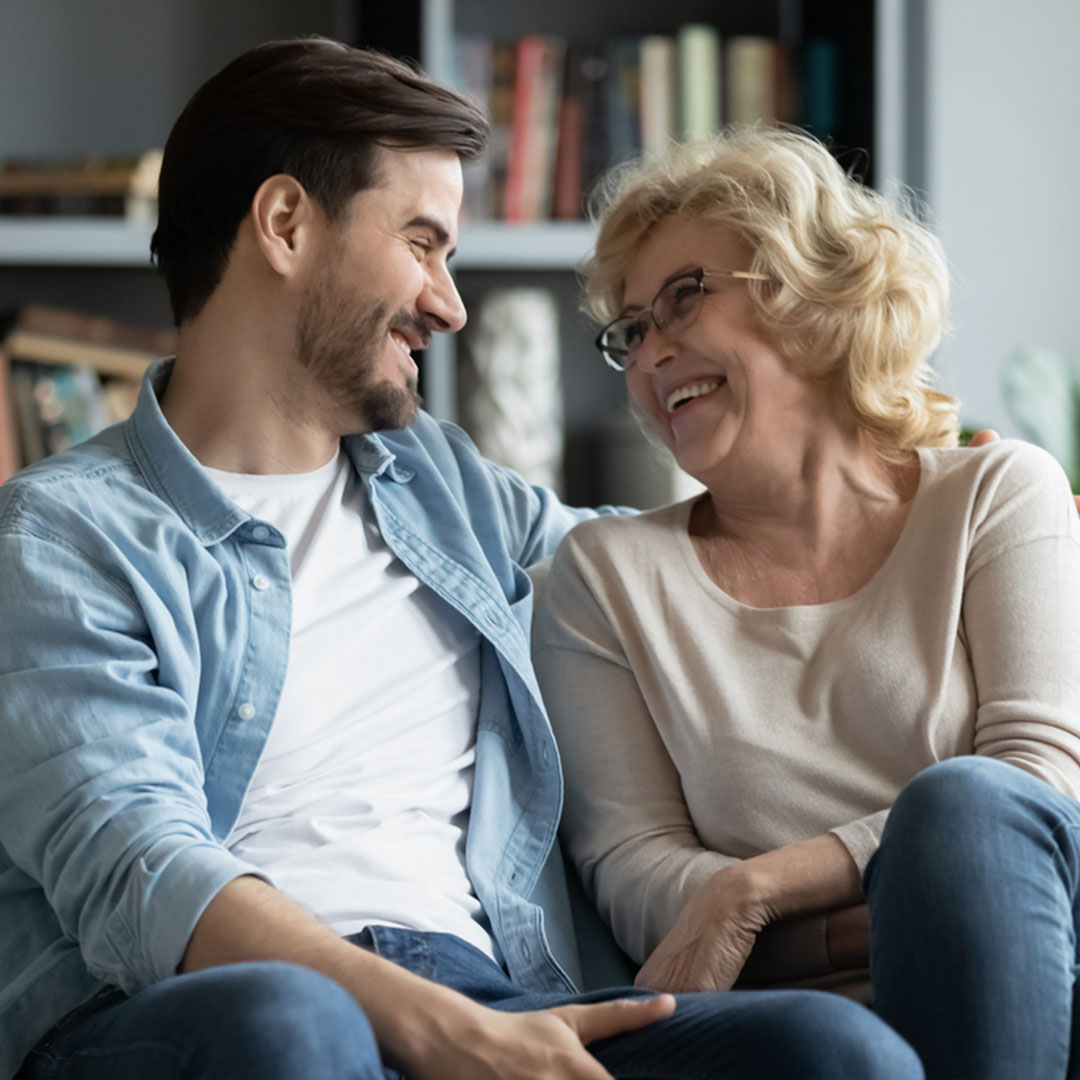 Go easy on the compliments toward the son

It’s totally understandable why you keep complementing your boyfriend in the presence of his mother. You just want her to know how much you adore him. Every mother loves to hear good things about her kids, and for sure she appreciates what you’re saying. However, you are not doing yourself a favor by laughing at all his jokes (even when they are not funny at all) and mentioning for one-hundred-and-seventh time this evening that he means the world to you. Come on, dude! Even his mom doesn’t love him THAT MUCH.

His crotch is a no-no area

When she goes to the bathroom, or to the kitchen to get something, do not instantly jump on your BF or grab his dick under the table! Hand-holding and a subtle kiss on the mouth now and then is OK, but just do not take it any further than that when Mother is around. Some parents are extremely liberal and open minded, and yet, you don’t want to risk making them feel uncomfortable with your indecent actions of affection.

It’s their family drama, not yours

Family issues will come up. And awkwardness will follow. When it happens, the wisest thing to do is stay neutral. Do not take sides, because, no matter how much you are involved in this relationship, it is still their family business, and you have to stay out of it.

Our intention is not to freak you out before meeting his mother for the first time. On the contrary, we want to Usain-Bolt train you. And we hope we’ve given you some really good advice. And remember, whatever happens, you are not Ben Stiller and this is not Meet the Parents. Just don’t forget to breathe, and bring a bottle of really good wine.