Pandora: Inside Her Boxx

For someone who won Miss Congeniality for Drag Race Season 2, Pandora Boxx is not delicate with her words. As her Snatch Game gal, Miss Carol Channing, did before her – she can read you from behind a Cheshire smile and a fierce batting of the eyes. Pandora has used her voice and platform to read anyone for filth who dishonors anyone of her sisters. If you’re a slimy politician, God help you. As a veteran of the Drag Race family, she has nothing to prove as she has been there done that and has contributed to the early days of the runway that have paved the way for Queens of Drag Race after her. After her appearance on Drag Race Season 2, she was a contestant on the first season of All Stars and appeared in all three seasons of Drag U.

In addition to her drag, she is a consummate event emcee, musician, podcaster, and playwright. She’s as kind in person as she is fierce and is the epitome of an optimistic assertive. You’re good in her book until you’re not, and it all comes from a good place. She is the Mother Hen and we love to see her show off that plume.

We chatted with Pandora about her career, sex, and what’s in her boxx: 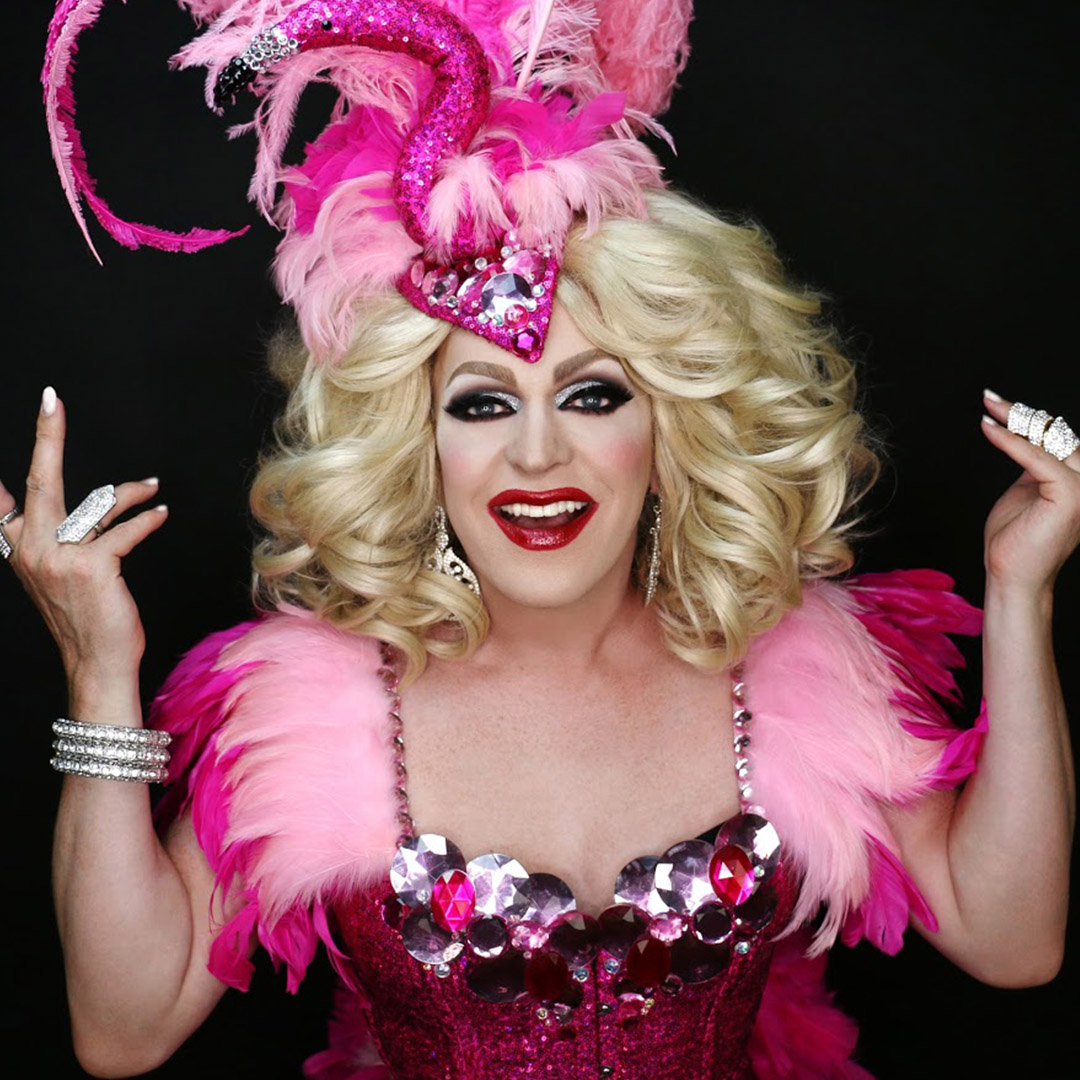 Madonna. I love not only her music but just how bold she was. She didn't give a fuck and I always wanted to be like that.

When was your first drag appearance on stage?

It was at a dive bar in Rochester, NY on a late Sunday night. I think it was like 300 years ago. They always gave the drag queens late Sunday night because they thought drag was never going to bring in that many people.

Was it a success?

Nope. I tripped over a chair then sat in the chair to try and make it look like I meant to do that. So then the chair falls back and I smack my head on the concrete. I did finish the song though. She was a trouper then.

What do you love most about doing drag?

Money. I also do enjoy entertaining people and making them laugh.

Putting my makeup on.

How has drag changed the most from your first appearance?

We don't have to use picked berries as lipstick anymore.

How have you changed the most from your first appearance?

If you were to have drinks with Carol Channing, what would be the first thing you’d ask her?

How did she come back to life? Can ghosts drink?

You appeared on three seasons of Drag U – what lessons do you think present-day Drag Race Queens need to learn?

Well Drag U was really more about helping the women we worked with to find their inner drag queen. It was using drag to help them gain confidence which is a good lesson for anyone.

What are the most fundamental elements of good comedy?

What is your creative process when writing a new single?

I have no idea. I usually just get random ideas for songs. I usually make a voice memo of it. Sometimes it goes somewhere, sometimes not. Music is also expensive to make and this pandemic has me on a strict budget.

What is your creative process in developing a look for an appearance?

Is it one I actually want to make or one I feel forced to go to? I kid. But honestly, sometimes things come up quickly and it's like what can I make work? If it's a video or photoshoot or performance number it's usually a process of hitting up someone and saying, hey I'd like something like this. I'll send them photo inspirations or a crude sketch. Sometimes it's bouncing off ideas to complete it or there are times where I want something very specific.

There’s been a lot of discussion of social media haters vs drag queens, the contention being that we should be supporting all queens and hate speech towards a queen is wrong. Shouldn’t someone who puts themselves on a reality show expect that kind of attention? Should the producers of a reality show be held accountable for starting/editing drama and glorifying shady comments thrown towards the queens?

Not one queen that's ever been on that show deserves racism bullshit and/or death threats. Period. It's a drag queen competition. People need to reevaluate their lives if they feel the need to send someone a death threat about it. The producers most definitely finesse characters in certain ways. However, you can never be made to be a bitch if you were never a bitch. Can they just ONLY show your bitchy moments? For sure.

What tips do you have for Queens on how to survive life after Drag Race?

How have you been surviving COVID?

I don't even know what month or year it is anymore. Thankfully I have a dog, a husband, and a Nintendo Switch so it's helped save my sanity a bit.

Do you have any great sex tips?

If we were to break open your Boxx, what would we find?

Something that gave off some superhero vibes to it. Shiny, metallic, and assless.