Posted on August 3, 2020 by Andrew Christian

When meeting Falcon Exclusive Steven Lee, you really can’t pinpoint what is bigger – his great personality, his smile, or his, uh, endowment. Relatively new to the adult industry, he has quickly become a fan favorite, filming scenes with some of the biggest names in the biz.

He is a gay man’s fantasy – Georgia born, high school jock, and smart guy – he holds a bachelor’s degree in Atmospheric Science. For a brief time, he showed off his assets on television, working as a TV meteorologist in Texas – can you imagine waking up to that everyone morning? The weather was never sexier. He could easily fill a pair of Andrew Christian Trophy Boys with 8.5 inches to work with, and though he’s often cast as the top, has an ass as perfect as his front. He’s also not afraid to play with his feminine side and took part in Falcon Studios’ Miss Pineapple Pageant as his alter ego, Kara MascKara. In his short time in the industry, he has racked up a number of hot scenes that are worth checking out – over and over – especially stuck at home during quarantine. 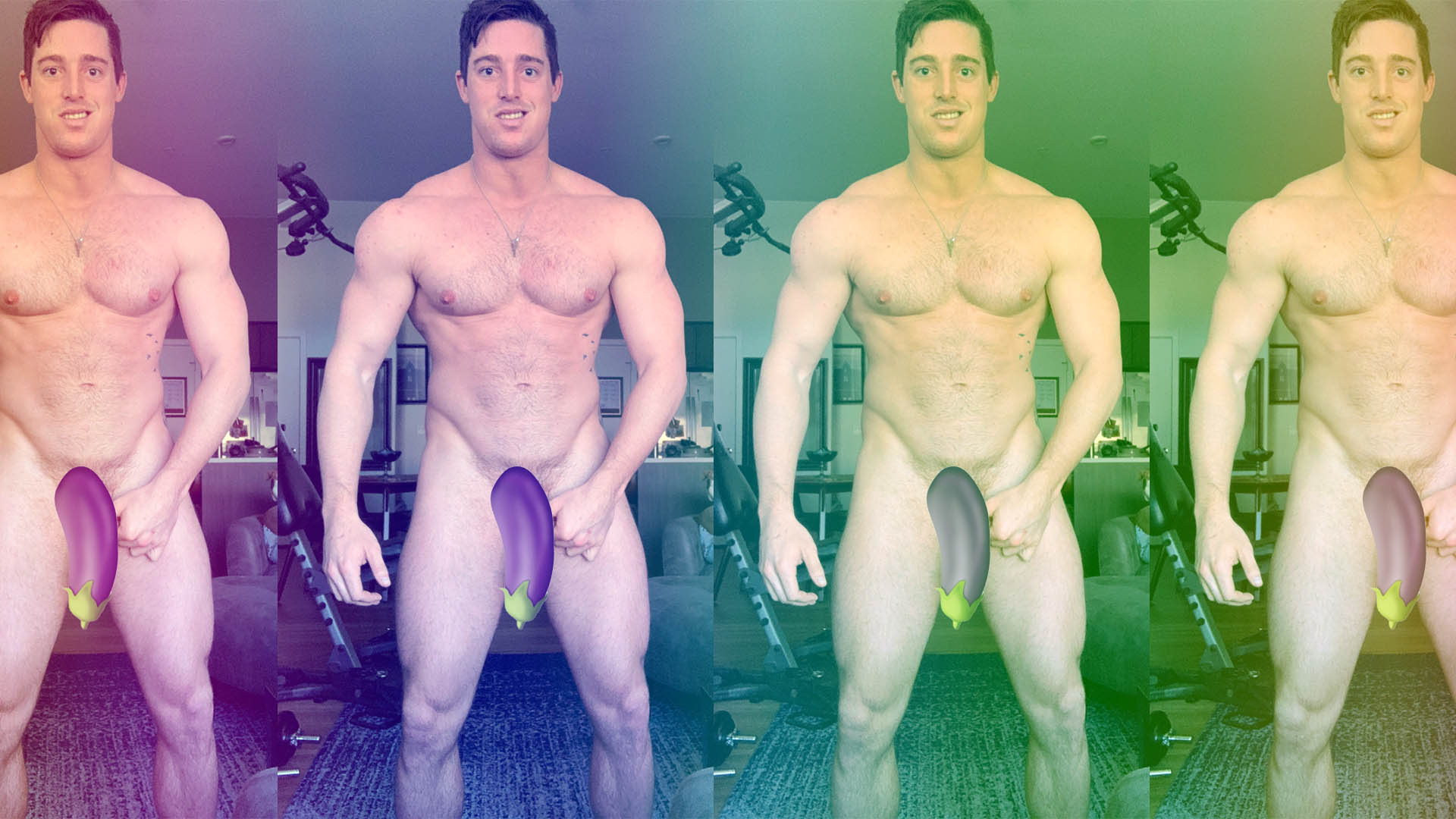 When did you first realize that you were a little more well endowed than other boys?

Awful! Some married guy in a trailer in the middle of nowhere, Ohio. Like 3 towns over from where I grew up. He totally cat-fished me but I was 18 and in high school so I didn’t know what to do. If someone tries it now, I’ll laugh in their face and say “bye bitch”. After that experience, I was like, “never doing that again”. 🤦🏼‍♀‍

What kind of guys are you first attracted to?

I like a lot of different body types, but thicc boys are my favorite. I like a big, big peach.

What bedroom tips do you have for other tops?

Take your time on the bottom. They spent a hell of a lot longer getting ready than you did. So the least you can do is spend a lot of time on them, and make sure they get off (if they want to) before you do.

You have become very popular in a relatively short time in the adult industry, why do you think fans respond to well to you?

I really don’t know. I think it’s because I look like very Midwest boy next door. I’m not particularly responsive on social media because I tend to take long breaks from posting, so it must be just how I look 😅.

You worked as a television meteorologist for a while, why did you leave?

The pays awful, the hours are awful, and viewers are assholes. I did it for 2 years in 2 different cities and that was plenty!

What's your funniest or craziest on set story?

When I was at my first job I was also a reporter. This woman was on the news because she killed her newborn baby. I was watching the story and suddenly realized I had interviewed her while she was pregnant just a few months earlier. It was wild.

How do you prepare for a day of filming?

Wake up, shower, eat a little something, workout, and then go.

Sure the fuck do! I like that sketchy sex shit 😂

Get on a schedule and stick to it. It will force you to stay active. And spend time outside if you can.

If you were to design a style of Andrew Christian underwear, what would you insist on including?

It would be simple with pops of color. Like black underwear with pastel trim.

Have you hooked up with a fan?