Posted on September 20, 2022 by Andrew Christian

Porn has a newcomer and he’s got a big…personality. Making his debut in the adult industry just this last year, he’s brought his dom top energy to studios that include Bondage Bros, Nasty Daddy, and Trailer Trash Boys. Tall, thin, and covered in tattoos, he fulfills our bad boy fantasy but is actually super sweet in real life. He’s a consummate tattoo artist and loves showing off his art. Though not a man of many words, he is a joy to hang out with and talks openly about his sober journey, his love for older men, and his nudist tendencies.

Check out this exclusive chat for Andrew Christian: 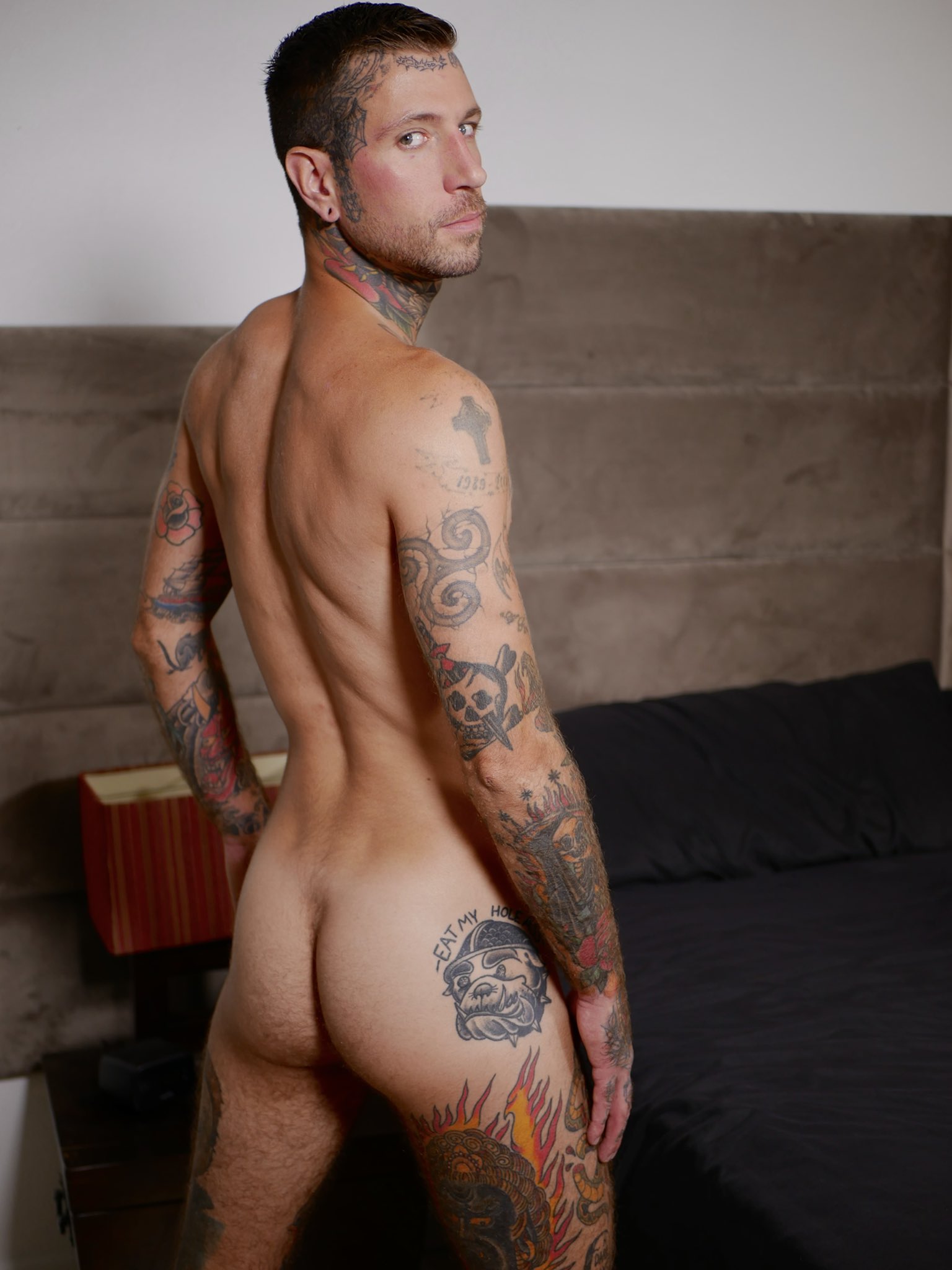 How many tatts do you have?

What is your favorite tattoo and what is the story behind it?

My Keith Haring tattoo - I’m a full-time tattoo artist and I tattooed the same one on him. When we were finished, I said, “Ok, now you do me” as he sat there, scared to death, while I walked him through giving his first tattoo ever.

Would you consider yourself a bad boy?

Maybe just a little. I did tattoo “egregious” on my forehead for a reason.

How did you get into the industry?

Actually, through becoming sober. Many people in this industry are sober and attend the same meetings I do.

What was it like filming your first scene, did you nail it?

Driving there, I was a little nervous. As I pulled up, I parked and said to myself, “it’s just sex, you’ve done this before.” I walked into the studio and had an amazing experience and yes, I’d like to think my performance was well above average.

What do you love most about being in the adult industry?

I get paid to have sex and hang out with my friends.

I’d say I am one of the most verse performers and there isn’t much I won’t do.

What is your favorite position on camera?

What is your favorite position off camera? 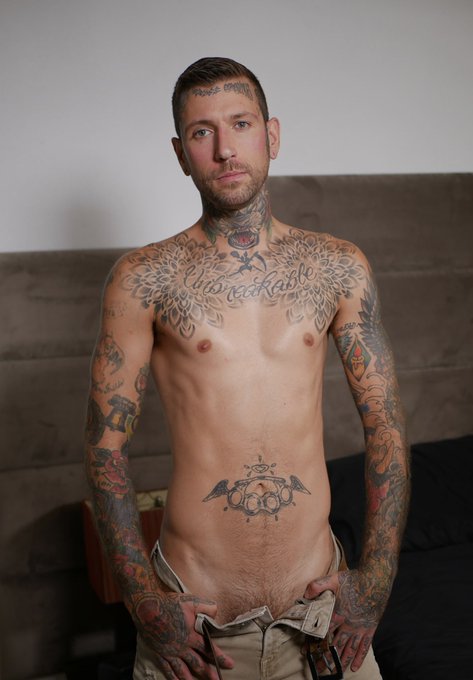 What is one of your biggest sexual fantasies?

To get gang banged by a group of hot muscle daddies!

What kind of guy do you typically fall for?

How do you unwind after a day of filming?

Hot shower, nice dinner, and snuggles with my dogs and man.

What celebrity would you most love to film with?

What is your guilty pleasure?

Dancing in front of the mirror to 80s and 90s club music.

What kind of underwear are you wearing around the house on a day off?