Queens We'd Want to Crown...If You Know What We Mean

For what seems like the past 35 years we’ve been tuning in to ‘RuPaul’s Drag Race’ for everything from fashion to our favorite, the drama! What we have also enjoyed over the years is the amount of hot ass that has walked into the Werk Room. In and out of drag, these Queens have delivered eye candy realness, and honey--we’re riddled with cavities! So let’s take a look at the Queens that have presented themselves not only in the competition but in our wildest (wet) dreams. 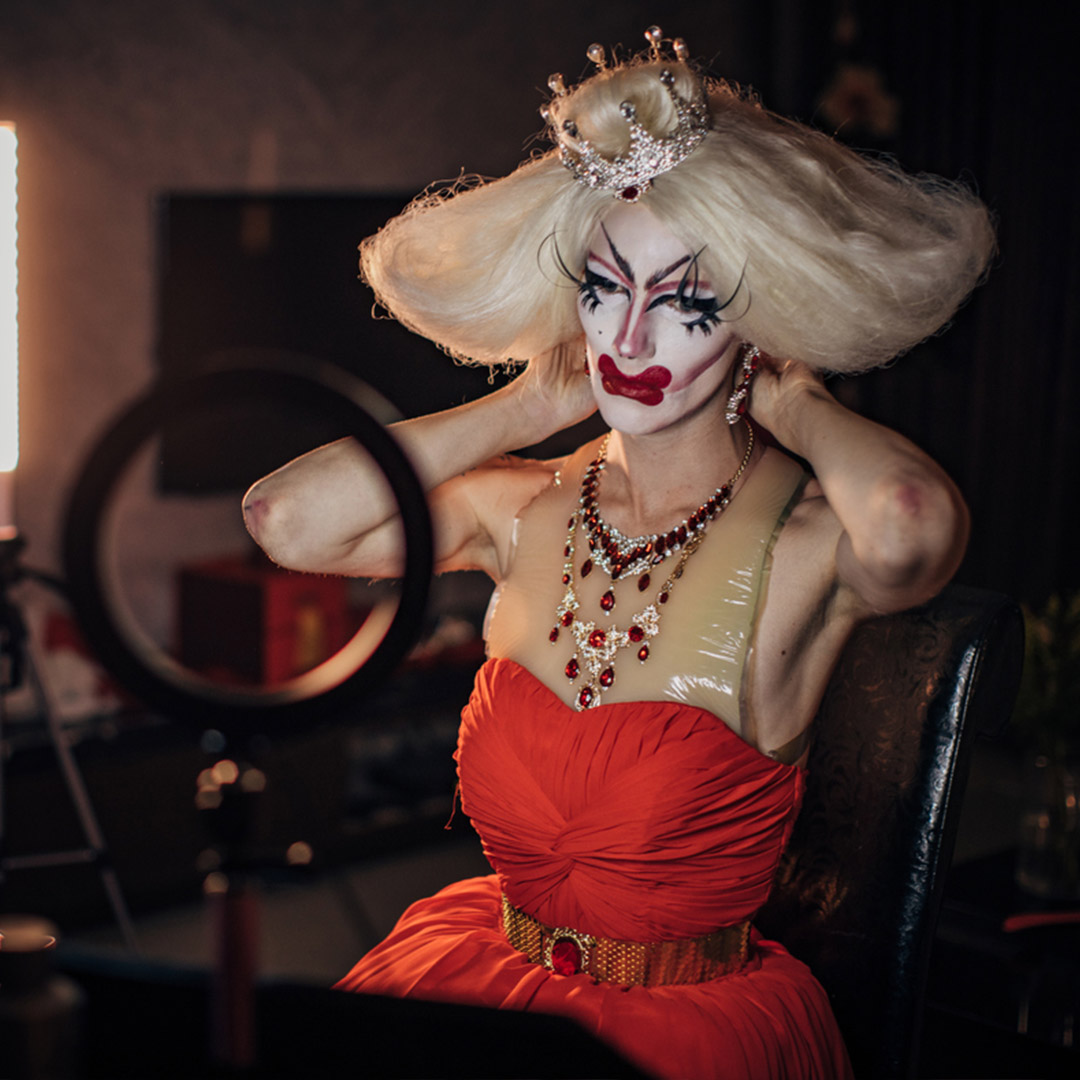 Kameron Michaels
This muscular queen may have been a runner-up on season 10 but Kameron Michaels was a winner in our hearts. A Bodybuilder Barbie sent from the gawds, we wouldn’t dare leave this Nashville queen in second place - ever.

Naomi Smalls
How many times have you imagined yourself wrapped up in those legs?

Rock M. Sakura
Rock M. Sakura may not have lasted long on season 12, but as soon as fans saw those guns - everyone knew this queen was going to leave a huge dent in the sexual fantasies of the fandom around the world.

Roxxxy Andrews
There is no way in hell we’d leave this thick and juicy queen at a bus stop!

Raja
Raja walked into season three a seasoned vet and it showed. Taking the crown and our hearts along for a wild ride, we’ve watched Raja go from a supermodel we’d like to fuck to a gray-haired goddess we’d like to well, fuck. Yeah, nothing has changed.

Widow Von'Du
She serves body, she serves face, she can serve it all over our face!

Pearl
What we’ve come to find incredibly sexy about Pearl over the years? The activism honey. Pearl uses social media as a platform to push for positive change in this world on the regular and that? That’s hot as fuck.

Jaida Essence Hall
There’s a winner Jaida is a winner baby. The current reigning queen of season 12, we could soak in her glow all damn day.

Valentina
We live for this non-binary queen who showed the world the importance of a mask way before 2020.

Manila Luzon
Perfection is best served with a side of Manila, right?

Brooke Lynn Hytes
As soon as we learned Brooke Lynn was a former dancer, our bodies were ready for whatever Brooke wanted to send our way.

Jackie Cox
Jackie Cox brought everything from camp to conversation to season 12, and for that - and the Cox - we’re forever grateful.

Shea Couleé
Only two words come to mind when our eyes gaze upon Shea Couleé and they are, fuck and me.

Milk
Even the lactose intolerant wouldn’t deny this big glass of Milk.

Plastique Tiara
They have the plastique but if we ever had the chance we’d ask for the latex...if you catch our drift.

Crystal Methyd
Not since Billy Ray have we been so turned on by a mullet.

Yvie Oddly
What can we say, we like it freaky and no one knows how to freak them out better than the winner of the eleventh season.

Nina West
We’re a sucker for a theater nerd, girl next door kind of queen.

Jujubee
It’s one thing to be hot as hell. It’s next level to be hot and hilarious.

Raven
There is nothing like being second place, twice but you know what? Who cares, because when you look like Raven - you won at fucking life.

Gigi Goode
But really, what that mouth do?