The Art (And Rules) of Cruising

Cruising has been around for centuries. The search for instant sex with strangers in public places goes back as early to England in 1810 — where documented police records detail raids and arrests in discreet “queer” spaces. Because homosexuality was criminalized in many regions of the world (if not all), gay and bi men had to be crafty to act on their natural urges. Sucking dick and fucking strangers occurred in the blink of an eye, beginning with that certain “look” of the eye. Jump ahead to the 1970s and cruising in public bathrooms, parks, bathhouses, adult movie theaters and gyms became extremely popular — but in the most discreet way. If you weren’t looking for it, then it wouldn’t find you. Skip ahead to today and cruising is still a thing but it’s not as authentic and genuine as it once was. Sure, spontaneity in public still takes place but cruising (in my opinion) has lost its lust and that “je ne said quoi”.

But lets not be naïve now chyle, as you read this, there are men all over the world beating their dicks at urinal right now in some random bathroom. Sure, the game of cruising has changed, with the addition of all of these dating apps, cruising spots being exposed and every Tom, Dick and Harry boldly cruising without any sort of discretion — but it still exists. So I think it’s time for a crash course, for those who need a reminder and for those who simply never knew any better. There are do’s and don’ts of public play. There’s an art to it. These are the rules of cruising. 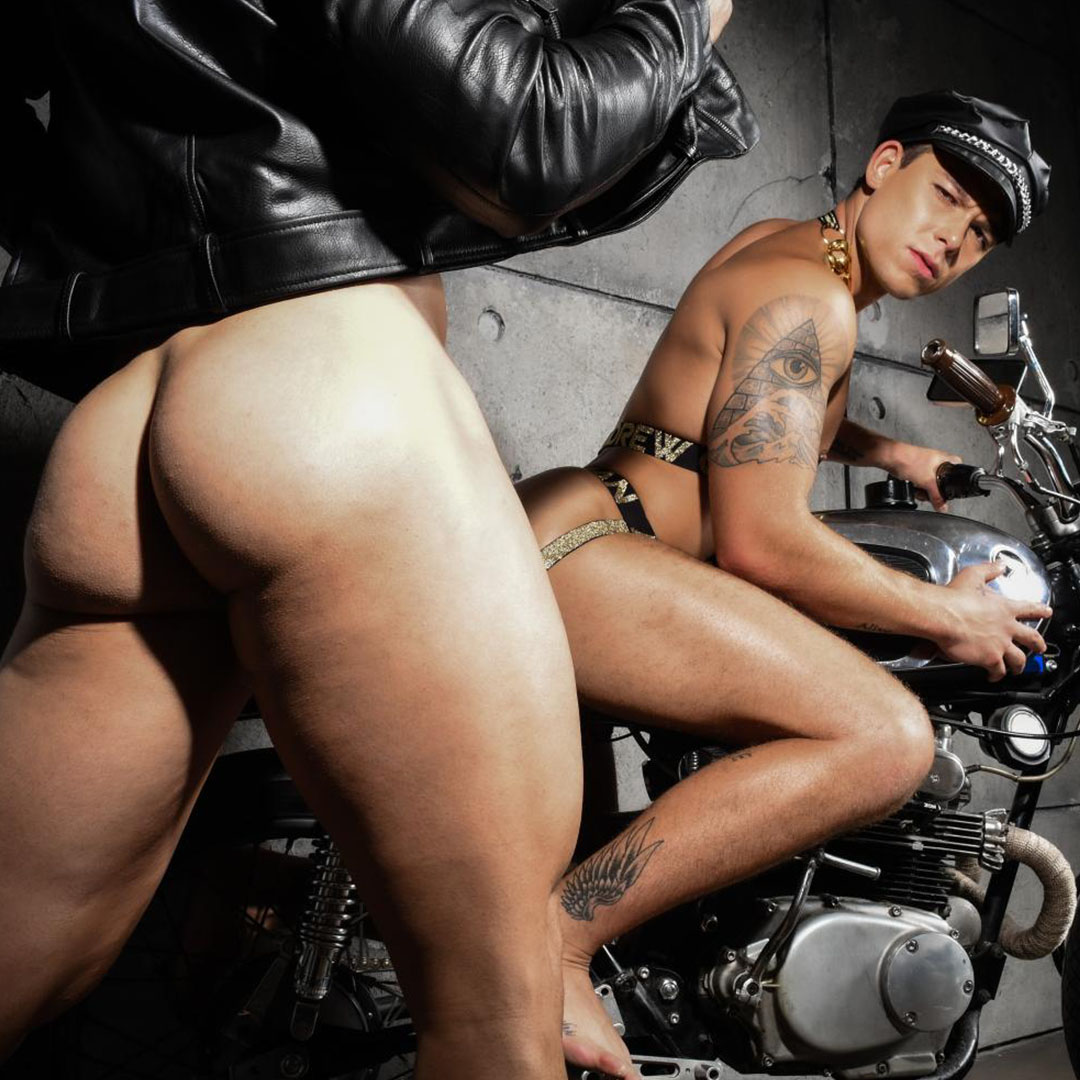 You have to be a pretty shitty gay, to secretly record people (especially without their consent), in a bathroom that’s engaging in some sort of a sexual act. But you not only record them, you then put it out on the internet. Aside from potentially “outing” someone and just invading someone’s personal privacy, you’re going against everything that cruising stood for. It was about bussing a nut discreetly. It was anonymous. It was spontaneous. It wasn’t contrived. Now we have a generation that doesn’t actively cruise, but instead will go to cruising spots just to record others with their phones or worse — a disguised camera. One of those hi-tech cameras hidden in a button on your sweater, or your glasses. Do not record people while cruising, it’s fucked up! Either suck a dick or get yo’ ass up out of there.

Look, we all want to get off. You didn’t show up to the hot spot just to take up residency. You either want to stroke, suck, fuck, do it all in reverse and then everything else in between. But unless that welcoming look was given to you, don’t try to forcefully insert yourself in another situation. I see this most commonly in the bathroom and sauna scenes. If two guys have their chemistry flowing and they are clearly into each other, let them have their fun. Fall back and turn on your voyeurism mode. Nothing is worse then when some desperate guy keeps trying to insert himself in between two men who are already (and passionately) engaging in sex. Or maybe he keeps following them to the showers or back and forth from the steam room to the sauna. It’s pathetic bro! Sit this one out and let them have it. Don’t be “that guy”. If one win, we all win! Besides, cock blocking is bad gay karma.

The art of cruising is to be discreet! Back in the day, when homosexuality was criminalized — you did not want to get caught. Hell, you didn’t want anyone else in the same cruising spot to get caught, because then you’re guilty by association. Gay men were anal about being discreet. If someone walked into a cruising spot, you wouldn’t just keep jerking your dick. You would stop, wait to see if that person that walked in was actually looking to participate himself or, he really needed to just take a piss. Maybe he’s straight! Maybe he’s a gay man who is prudish and isn’t into public play. But these are the things you have to consider when cruising! Don’t get fully naked, the chances of you being caught are way higher. Don’t be too loud or bold with your actions. Don’t make things awkward for the other cruisers. Everyone’s experience won’t be the same. Some may be shy but intrigued, others may like stall action only. Yes, we all want to rock out with our cocks out but read the room. Lastly, don’t ask anyone for their name or number. Unless you’re 100% certain that someone wants to keep in touch with you, It’s best to just keep things anonymous.

If you tend to cruise a lot, I think having a little “hoe kit” on you will only add to your experience. A little travel size bag of lube, condoms, wet wipes, hand sanitizer, etc. But if you’re looking to go all the way, clean that ass out before you leave your home or work! Cruising is supposed to be quick, easy, non-complicated fun. So if a guy pulls his dick out of your ass and it’s a mess… what the hell are you two supposed to do? Not only did you paint him but you stained his cruising experience. But had you cleaned, we wouldn’t be here. So, if you know you’re not prepared for that — don’t offer the cakes up. That mouth will work just fine.