The Best Positions For Threesomes

Some may say three is a crowd but that is far from how we feel about that. Especially when it comes to anything involving sex. Threesomes are far from uncommon and there is a good chance you know someone who has partaken, but if you are wary about it that is probably because you just have not felt comfortable about how to go about it, physically. Yeah, it is easy enough to get two people to agree to sleep with you but what is the best way to go about when it is time to get to the action? Let’s explore the best positions for pairs plus one, or rather the best threesome positions, shall we?

One of the most common, but always a good time is the Spit Roast. That is when one of you takes it up the ass while blowing another guy. It is pretty basic and a good jumping-off point if you are new to the world of threesomes. It is like an introductory course. When you are comfortable there, you can then move on to more daring positions that require more skill and gusto.

If you are a fan of oral pleasure, then we recommend the Blow Rim Train. This pleasurable take on the human centipede puts one of you at the end of the caboose blowing the middle man, while he then tosses the leading man’s salad as he takes charge in the front of the action. Of course, please do not stick to the same arrangement the whole time. You have to get diverse and take turns so everyone has a chance to lead. Do not be stingy with it. 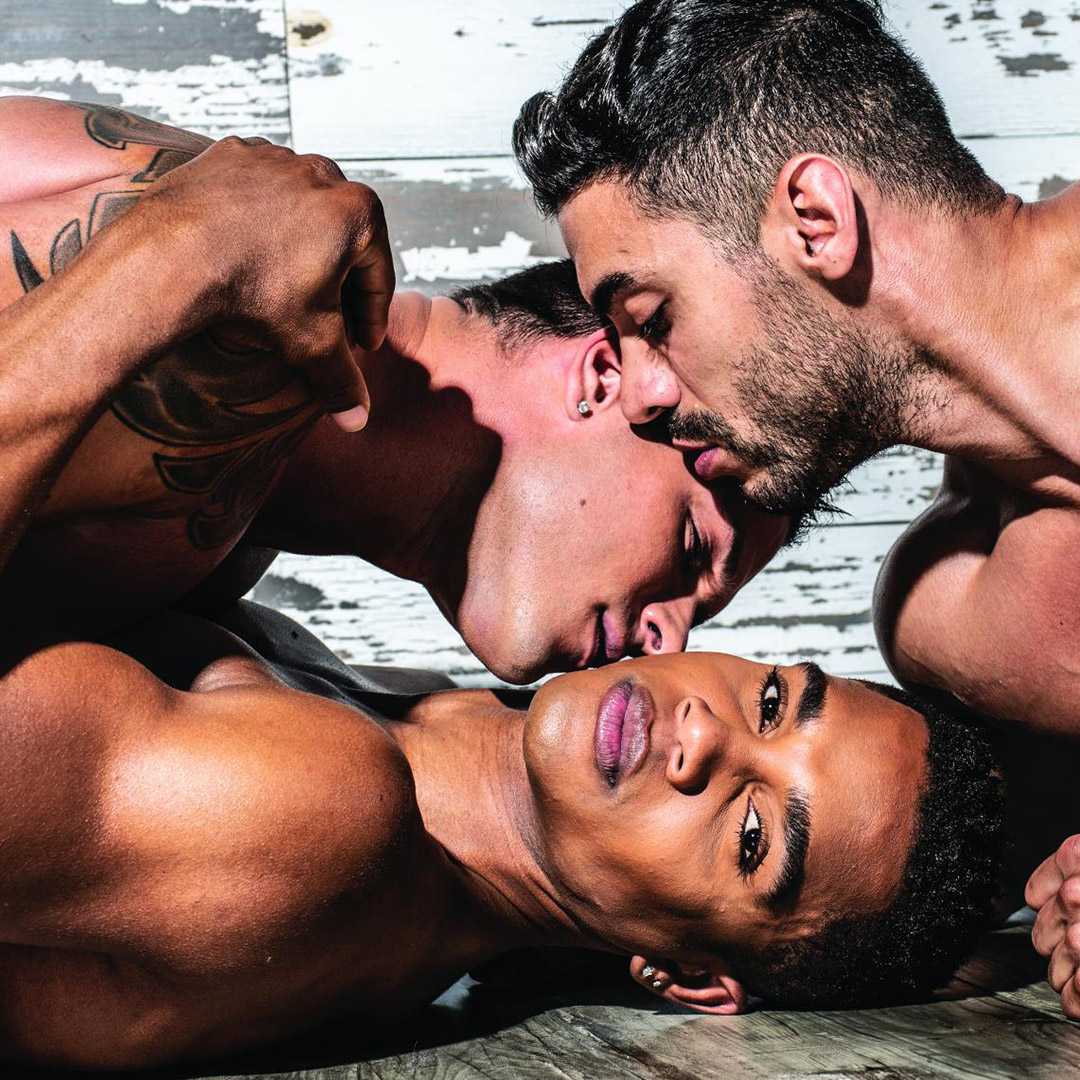 Three men, three dicks, three assholes. The math is there, but in case you have not figured it out just yet, triple penetration means that two of you are getting drilled while one of you heads things upfront. And if you are all up for round two (and possibly three), you will each have your chance in every position of the train.

You are going to want to stretch before you partake in this one, and it helps if you have some sort of love seat around. So this one does take teamwork for two of you as the dynamic duo lay on their backs (could have your legs draped over either side of the love seat so the one on top has better balance). They will then give the one on top a rim job while he jerks the pair off. So this one is a real win-win for everyone because no one is waiting for their turn and feeling left out at the time.

Say you have invited one more to the party. Now there are four dicks in the room and you have got to find a way to make this party as fantastic as ever. Triple Header to the rescue. One of you gets down on their knees while the other three, dicks out, circle around you. Then you just go to fucking down on those three dicks as your life depended on it.