The Best & Worst Ways to Propose During the Holidays

Posted on November 22, 2019 by Andrew Christian

The holidays make us feel all sorts of things. For most of us it’s angst, regret, and loneliness but for those in committed relationships that make everyone go, GOALS, it’s a time of year where it’s nothing but love. And when love is in the air, along with family gatherings, and good cheer - one major question is left lingering for at least one half of the couple. Yup, so many will be hearing “will you marry me” during the holidays and while there are a million and one ways to ask, there are definitely wrong and right ways. Let’s explore those so you don’t wind up with a big ass NO before the new year.

Most people think Christmas Day, but that’s expected. So we suggest doing it the night before. And don’t make it too obvious by wrapping the ring box. The best way is to wrap the ring box in an over the top, larger than life packaging. Sike them out and then make your move. Also, make sure someone is recording!

Worst: Hiding The Ring in Food

While you may have seen this in a movie or on like every sitcom ever, don’t. It’s not only a tired, played out way but it’s also hella dangerous. If they don’t know that shit is coming, they’re going to potentially swallow it. You don’t want your big moment to land your partner in the ER.

Best: With a Pet

Who can say no to a puppy with a ring around its collar?

This is equivalent to hiring a flash mob but with a holiday twist and nobody wants that. Unless you’re planning on marrying someone who is extra and admits it, we don’t suggest going that far. 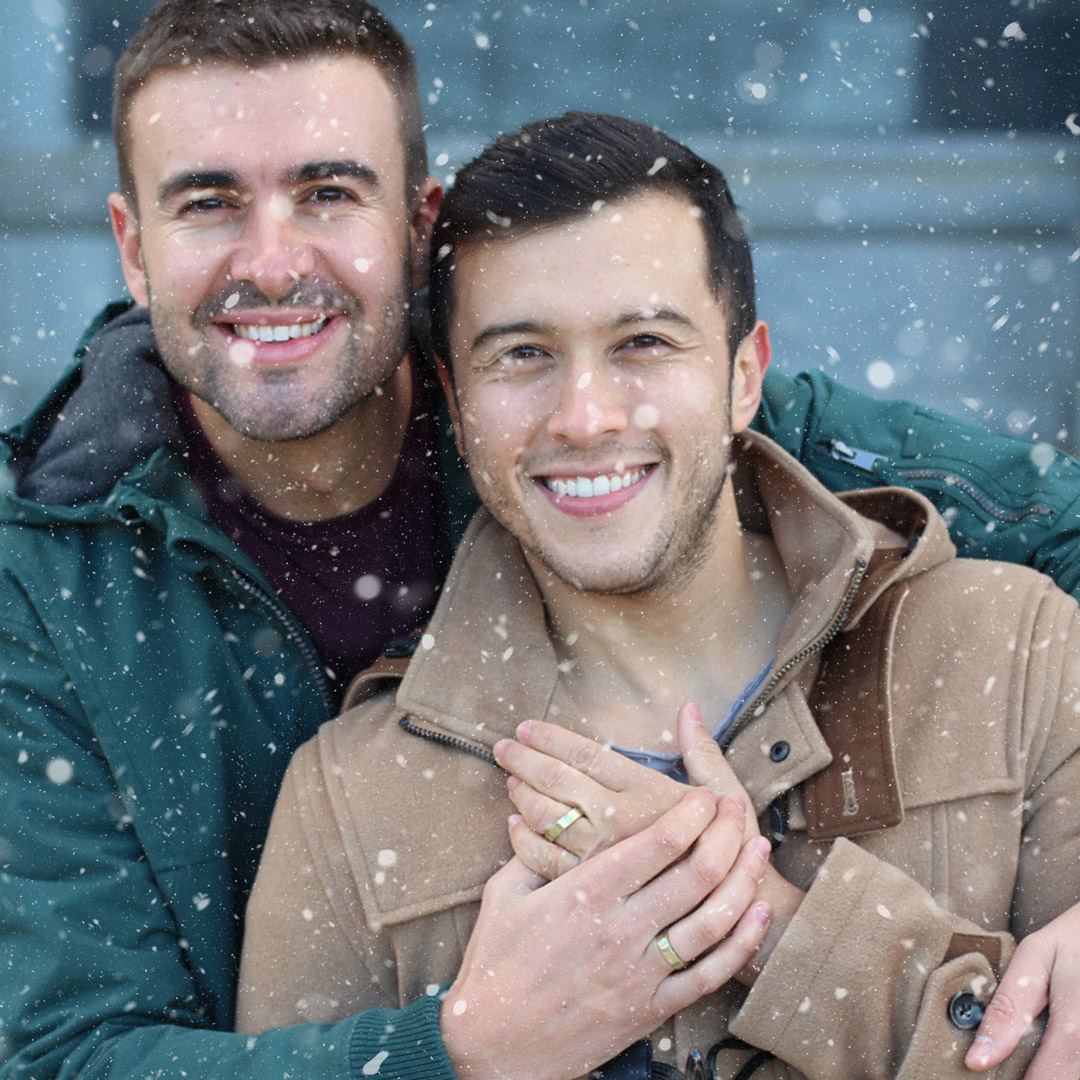 Best: At Your First Date Spot

Call us cheesy and give us a side of ham because we cannot deny how special and cute it is when a couple returns to where they had their first date for a proposal.

Worst: Outside in the Cold

Okay, we just said recreating your first date is super amazing BUT if you guys went on a picnic in July and live where it drops so low Florida would write a song about it, do not even. No one wants to be shivering, snot running down their face, and wet from the rain and/or snow when they get asked to marry them.

Best: On a Trip

If you’re lucky enough to be traveling somewhere for the holidays, make the most of it and propose then. It’ll make for great pictures, especially if it’s a place you don’t frequent often. Then you can look back and remember that trip as an even better memory than just a plain old holiday vacation.

While we’re all for Christmas Eve (and even Christmas Day if you must), we aren’t about Thanksgiving proposals. Here’s the thing, Thanksgiving tends to bring out the weirdest, most random relatives. Do you really want your second cousin twice removed there and in the potential photos? See what we’re saying. If you’re thinking of proposing in November, it can surely wait until December. Plus, after everyone eats - ain’t no one gonna care about the two of you. They’ll all be in a turkey coma.

Best: Under the Mistletoe

You already know they’ll be down to give you a big ass kiss, so why not take it up a notch and get down on one knee?

Unless you’ve got some Kristi Yamaguchi level skills, don’t. We can already see it now. You’re trying to get down on one knee, fall, scrape your face and bam - it’s like hiding it in the food, only you’re the one in the ER this time!