Trouble in Paradise? This is How a Family Therapist Can Help Gay Couples

Posted on December 27, 2019 by Andrew Christian

Infidelity.
Problems in bed.
Communication issues.
Trust issues.
Or simply you had enough of each other’s bad habits.

There are many things that can bring storm clouds in the sky over the green paradise of your relationship. And if the smell of divorce is in the air, you shouldn’t wait for the actual thunder storm to hit before you see a couples therapist. You may have concerns that they might be unaware of the pitfalls of same-sex relationships. However, ultimately there aren't really unique treatments for gay couples. After all, gay couples share many common features with straight couples. That being said, there are also certainly some issues unique to gay men due to the ramifications of societal homophobia--and this is something that an experienced and sensitive therapist has to take into consideration when counselling a gay couple in distress.

Here is what to expect when you start seeing a gay couples therapist. And for our convenience, let’s call him Dr. Richard.

Dr. Richard wоn’t take a side

It will be a stupid idea to try to make him like you more than your partner. Remember that he is not there to judge you and decide who’s right and who’s wrong. His job is to pin down the real cause of the emotional mayhem, and help you two negotiate the conflict. Dr. Richard's practice is a blame/shame-free zone, and you can expect he will always be on the side of the relationship. 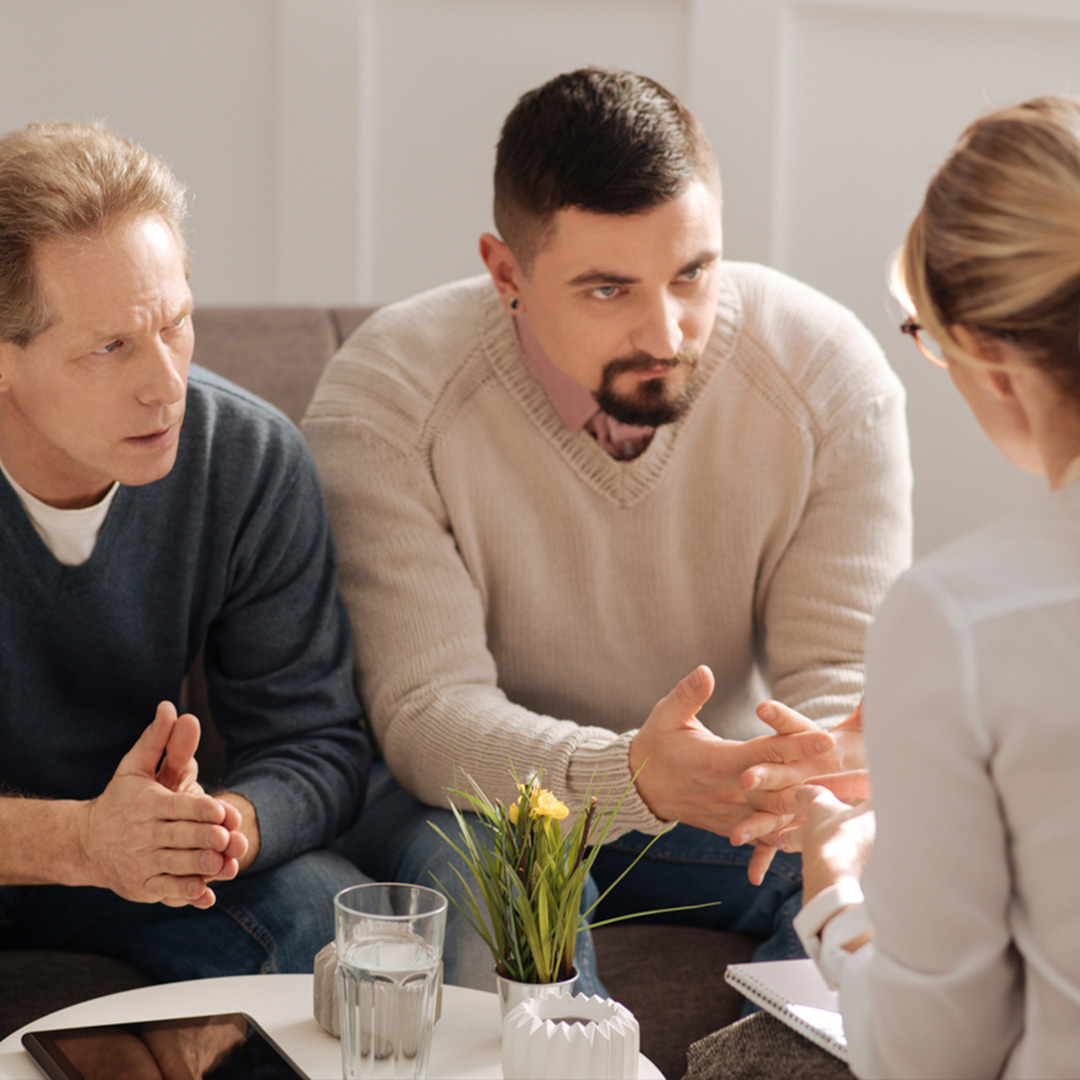 Dr. Richard will address you as you are

A person is not just a name and a social security number. Each one of us is a multi-faceted gem - we’re defined by our family, ethnic heritage, community, friends, workplace, and so much more. That’s the reason why relationships between two complex personalities are sometimes hard to manage. The therapist will assess you on your specific level. You may have ignored some of your differences in the beginning of the relationship, but eventually they may have become the little cobble that overturn the applecart.

Dr. James will evaluate the level of each partner’s sexual and emotional development

You’ve known you’re gay since fifth grade. That’s why you’ve probably never thought about this, but generally, it takes many years after the first moment of clarity for a gay person to fully embrace their sexual identity. For your partner, this moment could have come much later, meaning he still hasn’t reached his sexual “maturity”. Such discrepancy in your sexual orientation development is a problem your therapist will be able to instantly detect and help you deal with.

Dr. Richard will not be your safety net

Another thing that your therapist won’t tolerate is to use him as your personal Pulp Fiction “cleaner” - a guy who’s going to take care of your boneheaded mistakes. Couples therapy is not the place where you deliver the news to your partner that you are ending your relationship. You maybe think it’s OK to do so, because you’ll be leaving his hysterical, grieving ass in the hands of a professional. But it’s not OK. Your partner will hurt just as much regardless of whether Dr. Richard is there or not.

Probably both you and your partner are thinking that couples therapy already means the game is over. But it’s not necessarily so. Going to therapy is like going to the gym - it means that you are committed to the health of your relationship the way you’re committed to the health of your body. Therapy will provide you with a chance to make your relationship as good as new. Def not for free, but in some cases, it’s well worth the money.