What Does It Mean to Dress "Gay"?

Posted on September 10, 2020 by Andrew Christian

Have you been asked whether you are gay just because you wear skinny jeans or dress stylish? The question is absolutely ridiculous, of course. Why would one assume that any well-dressed American guy is either gay… or European? Although there’s no direct link between one’s dressing style and sexuality, clothes and accessories can be used as symbols of status and means of attracting attention. Tight-fitting, forms-accentuating garments, extravagant prints and embroidered wool scarves: Is there really such thing as “dressing as a gay man”?

Straight men often complain there’s nothing left for them to buy in the clothing stores since gays have become the center of attention of the fast-fashion retailers. Indeed, gay men are a target market whose massive fashion needs have to be diligently catered to. That’s why they are offered more fashion options to play around with, and also the chance to develop a distinctive dressing style. Although some bold and adventurous straight guys gladly steal ideas form the gay wardrobe, it’s still quite unpopular to go around in polka dots or floral patterns. So yes, gay men are the main focus group of fashion retailers, simply because they’re the better shoppers.

At some point in their careers, almost every straight guy in show business is rumored to be gay. The funny thing is that they don’t mind. On the contrary, that’s a desired effect. Being a trending male celebrity goes along with the idea that one doesn’t exactly fit the mold of what is generally considered as a 100% masculine look. Let’s take Maroon 5’s Adam Levine, for example. He says he wouldn’t have been that popular and adored (by both men and women!) if the question about his sexuality had never popped up. Straight guys with brains and attitude have realized that being taken for gays may actually work to their advantage. So, they go around looking scruffy no more. 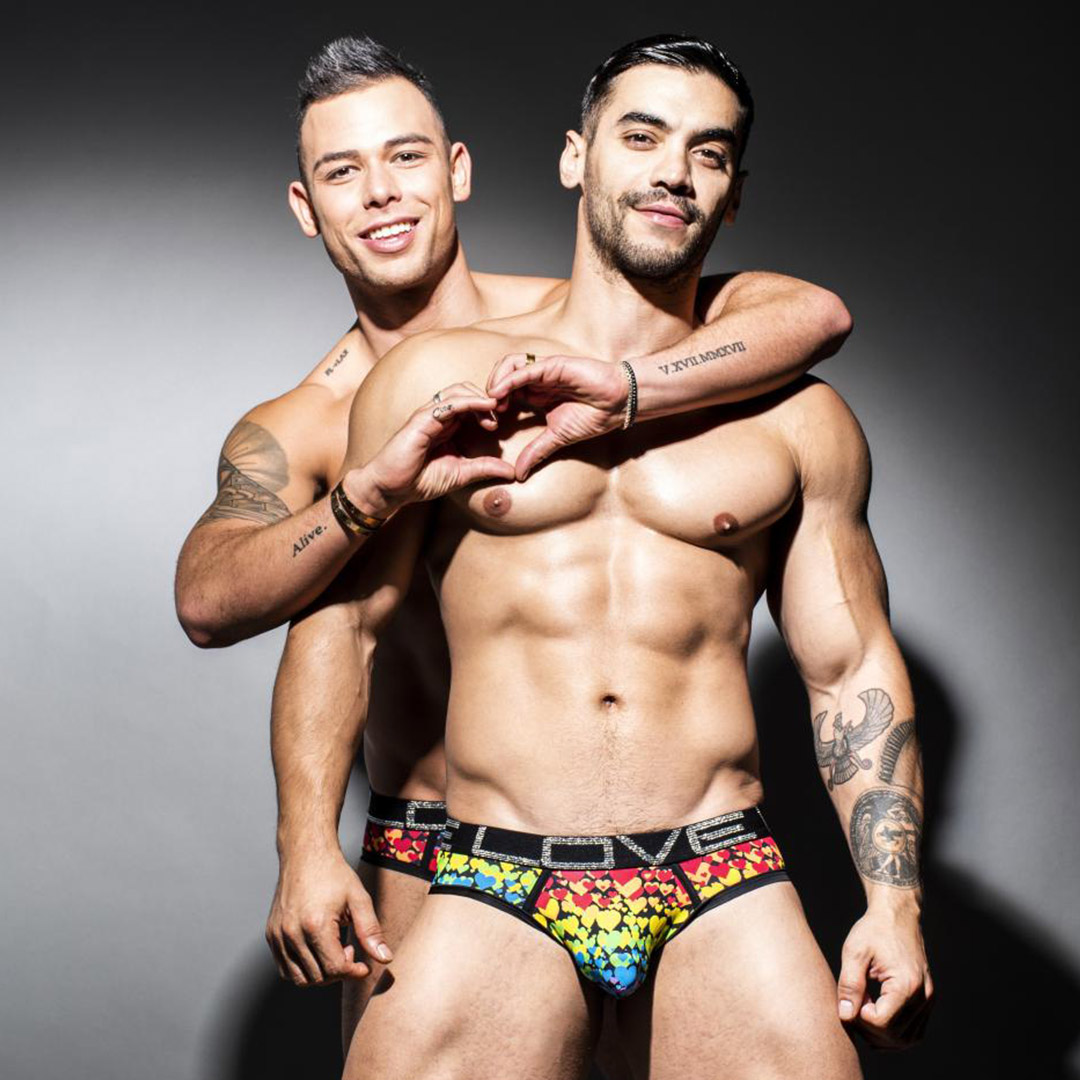 The fashion items that scream “GAY”

No, it’s not low-waisted shorts with sequins, c’mon! There are other, not that obvious clothing items that are generally associated with the gay fashion wardrobe.

Luxury oversized bags. No self-respecting gay will step out of his apartment tucking the wallet and the phone in his jeans’ back pockets. He’ll put all his belongings in a designer tote bag instead. And a big one at that!

Mandals. Straight men associate these with the hospital nurses or their 75-year-old grandfathers, but, believe it or not, mandals are the star of the summer footwear trends.

Scarf ties. They bring a little bit of vintage flare and a lot of British dandiness.

Floral prints. Again and again. Gay men just don’t mind looking like their Grandma’s wallpaper. On the other hand, these prints look gorgeous on a slim, boyish body.

Shorts. And they must be really short - the kind that George Michael used to wear back in the 80s. There’s nothing that looks sexier on a gay butt than short shorts. You can ask anybody who survived the Studio 54 fever!

Luminescent fabrics. It’s not exactly high fashion blinding someone with the texture of your pants, but some gay men do believe they will be the center of attraction if they sparkle.

The advent of gay chic

More and more contemporary designers draw heavily on looks they “steal” from gay clubs and dance scene. As a result, a whole new style in men’s fashion is born, which combines seemingly unlikely elements of both gay and straight culture - cycling shorts, oversized jerseys, skirts, bomber jackets, boots… The concept of what is categorized ‘gay chic’ is now elevated to the next level, where gay fashion style is even more intense, exciting and thought-provoking.