What His Tattoos Say About His Dick Game

Posted on February 20, 2020 by Andrew Christian

Deciding to get a tattoo is not something to take lightly because everything from what you get to where you get it says a lot about you, and your dick game. Yes, you can learn a lot about how good a man's dick is by his tattoo and where on his body he decided to get it. Trust us, you are going to think twice about your next ink session after this. I mean, you do not want to send the wrong message about your own dick, do you? Let's start with what you get first.

Men with tribal tattoos, unless it is part of their heritage, are typically of a particular age because ain't nobody got a tribal tattoo willingly since the '90s. So you are usually dealing with an older man. That could either work in your favor because he's experienced or it could bite you in the ass when his old-timey dick needs a special blue pill to work it.

Obviously, lyrics showcase a passion for music and typically point towards an artsy guy with something to prove to the world, including how good he is in the sack. Lyrical tatted guys are going to go the extra mile when it comes to passion. So take full advantage and let him paint you like a canvas!

Men willing to place their favorite animated characters on them definitely have a sense of humor, but can be a little juvenile at times. That equals more of a mediocre, inexperienced performance when it comes to fucking. So don’t be surprised if things get messy, and not in a good way, by the end of the night.

Flowers, trees, any homage to the outdoors means you are in for one of those lengthy, get in touch with one another's body situations. That tantric sex type shit you hear Sting does.

Do you know how long a good portrait tattoo takes? This is the type of man who has a high pain tolerance and wouldn't be afraid to take major chances in the bedroom. He's down for just about anything. So if you’ve ever wanted to get experimental in the bedroom, a man with a portrait tattoo is your best bet to participate in some freaky shit.

Well, it's in the name, honey. His dick has seen more assholes than a reporter at a political event. 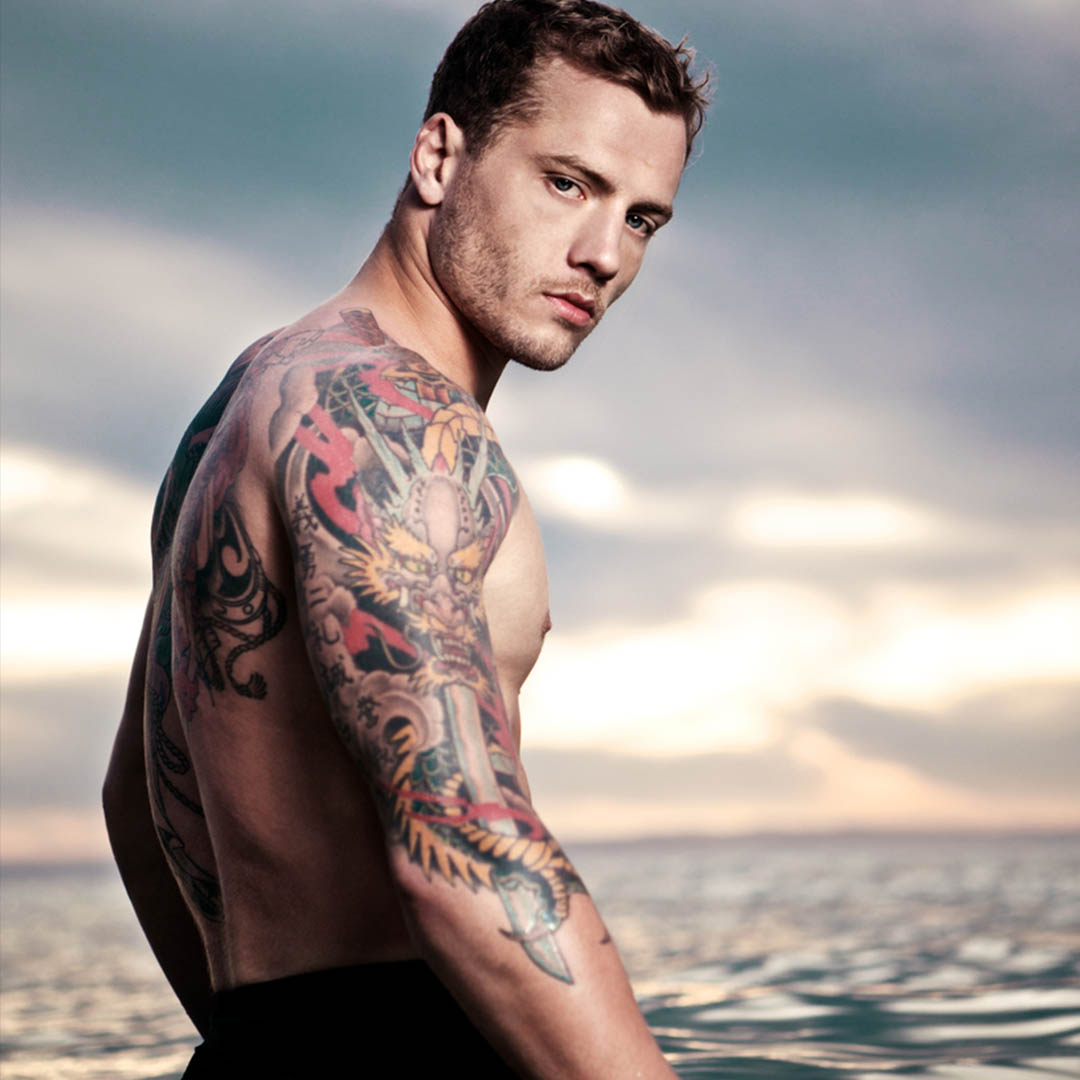 He's used to carrying the weight of the world on his shoulders and likes to take the lead in all that he does. A man with an upper back tattoo will toss you around like a rag doll and you'll like every second.

Gurl, we done told you about tramp stamps. He’s a man who’s done been around town.

He is a twink that wants a man to take charge. So if you get a guy with ankle ink with an upper back guy, watch out because that's a match made in heaven.

He's probably a professional who can't have visible ink so he plays by the rules. Which translates to a basic ass performance. You’ll get to the finish line but it won’t be a thrilling ride.

There are a number of tattoo shops that won't let you tattoo your hands unless you do something pretty radical for a living so you know this guy lives recklessly. Wild life. Wild sex. Simple as that.

Run. There's wild and then there's just stupid. If he has no respect for his face, he for sure will not have any respect for you and your sexual needs.