Why Straight Guys Fuck Each Other

“Str8 guy with blue balls here looking for another str8, masculine guy to jack off side by side. Str8 porn only!” We’ve all seen many such invitations written by supposedly straight men searching for quasi-homosexual adventures. When heterosexual chicks make out with one another at a party, it’s generally perceived as pushing the boundaries of the enigmatic and complicated female sexuality. But when two heterosexual men pair off, it’s a different story. Are these people for real, we wonder, or are they just frauds lying both to the others and themselves that they are straight as arrows, but are, in fact, in denial about their true sexuality? SMSM (Straight Men Sleeping with Men) is a phenomenon worth exploring. And that is what we intend to do now.

Men constantly look for reasons to play with assholes. One of the most popular explanations of why men fuck other men is that when no women are available, like in prisons, for example, it inevitably happens because men have their needs. But for exactly the same reason, it could happen in the military, too. The truth is that there are various closed masculine societies where it “could” happen, like biker gangs, frat houses, etc. The logic behind such group behavior is simple: A man has to do what a man has to do for reason X, and there is NO way out of this. 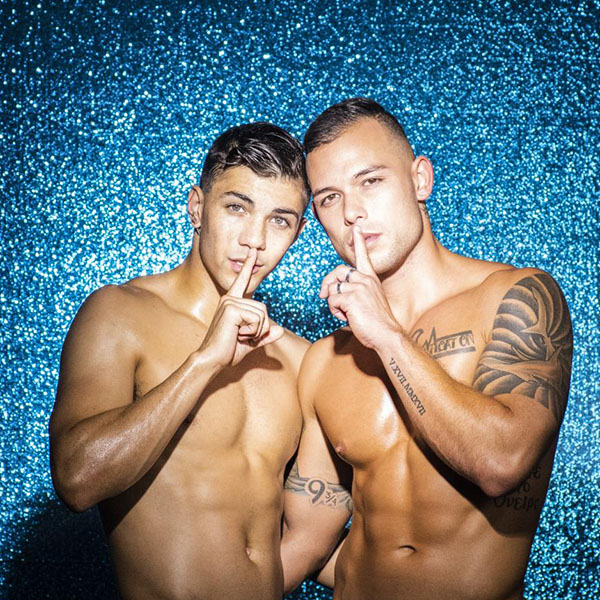 A 100% straight man never doubts his sexuality. Hence, it’s not a big deal if he lets another dude jerk him off, right? The way he sees it, even though the content of “the happening” might be totally gay, everything else screams heterosexuality: the clothing, the language, the cars… It may sound funny to any gay man, but the truth is that some straight guys DO believe that making out with another dude only adds to their heterosexuality!

When guys who identify themselves as straight post sex ads like the one we mentioned above, it’s a sign that there’s actually a lot of homophobia going on. Many so-called "straight guys" looking for homosexual encounters are filled with bigotry or self-loathing. Because to these “studs”, sex is about satisfying the needs of their monstrous fucked-up ego, and nothing more.

Sex with men is less complicated

Another excuse for straight men to turn to sex with other men is that there are almost zero responsibilities and obligations involved, at least the way they see it as compared to fucking a woman. They prefer women, of course, but women can be so complicated and unnerving that in many cases it’s not worth going through all the drama just to get your cock sucked. And besides, it’s general knowledge that men suck better than most chicks!