Why Tom of Finland's Work Is Still Important Today

Without the work of this guy, not only gay pop culture but today’s pop culture as a whole would have been as insipid as a chocolate dessert without the chocolate. If you don’t know who Tom of Finland is or have never seen a single drawing of his, you must have been living in a cave, really. Because Touko Laaksonen, a.k.a Tom of Finland, is a pioneer. He is the most renowned revolutionary homo-erotic fetish artist of the 20th century. But let us tell you in brief who the man behind all those behinds (and fronts) was.

Touko Laaksonen was born in 1920 in Kaarina, Finland, in the family of schoolteachers who cultivated in him love for music, literature and art. But instead of being impressed by sophisticated intellectuals, Touko was powerfully drawn to the working class men with their boorish attitude and strong bodies. At the age of 19, he moved to the capital to study advertising. But in postwar Helsinki homosexuality was still considered a mental illness, and it wasn’t before 1971 that it was decriminalized. It was in this world of hatred, shame, fear and prejudices that Laaksonen started to create his homoerotic art and continued to do so for 40 years. And not without a risk of persecution and imprisonment. Laaksonen never came out to his Finnish family - not as a gay man and definitely not as the man behind the iconic signature “Tom of Finland”. His sister was the only one who knew his secret. 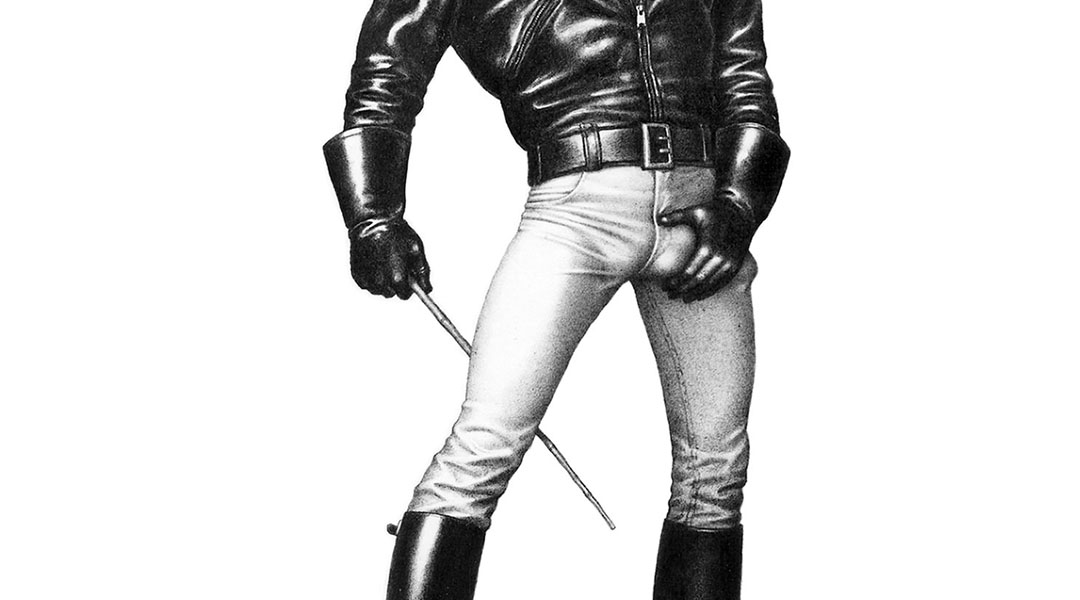 In the mid 1950’s, the artist took his friend’s advice to send off his drawings to the American sports magazine Physique Pictorial, whose target audience consisted not only of baseball fans, but mainly of gay men. The editor loved the drawings, and was impatient to get more of those and publish them. He, however, advised the talented Finn to adopt an American-sounding name if he wanted to be really successful. And that’s how Tom of Finland was born.

He fucked with the mainstream mindset

With his depiction of bikers, sailors, cowboys with budging biceps, monstrous dicks, and leather gear, he totally busted the then prevailing idea of homosexuals as effeminate fops. A wider public could now see gay men as alpha males. It was finally over with the stereotypical image of the frail, limp-wrist homosexual. And this was a tremendous mainstream crossover!

His art was and still is deeply political

Some critics have tried to reduce his work to a tasteless manifestation of one fucked-up man’s sexual needs and lust. They, however, are missing the big picture. While Tom was indeed drawing uniform-clad men he himself very much liked to fuck, he was actually rendering service for all gay men out there. The seemingly superficial depictions of gay sex have become symbols of equality and tolerance. Without even realizing it, Tom was a champion not only for gay rights, but for human rights, too.

He drew what he knew

Tom was outrageous and bold. He knew no shame, neither would he allow other people to shame him for what he was and what he loved. He’d often say that everything he drew he experienced himself.

And last, but not least, he brought gay heaven to earth by creating with his pencil the most perfect, flawless male specimens we all dream of.

Tom of Finland died on 7 November, 1991 in Helsinki, but his legacy and the cultural impact of his art live on.