Posted on February 2, 2021 by Andrew Christian

A good old country boy from Alabama, adult film star Zario Travezz started his multi-genre career about three years ago. His on-screen bottoming techniques have earned him industry award recognition and his loyal fan base continues to grow with every studio film and, during COVID, his self-produced content.

His background is interesting, to say the least. When he was born, it was still illegal for his parents to be married according to racial laws that banned white and black couples to marry. He was estranged from his white mother’s side of the family during his childhood and came to find out that his grandfather was actually a member of the Ku Klux Klan. As he was able to become more familiar with his entire family, he knew that Alabama and his conservative religious upbringing was not healthy for him.

We chatted with Zario about EVERYTHING: 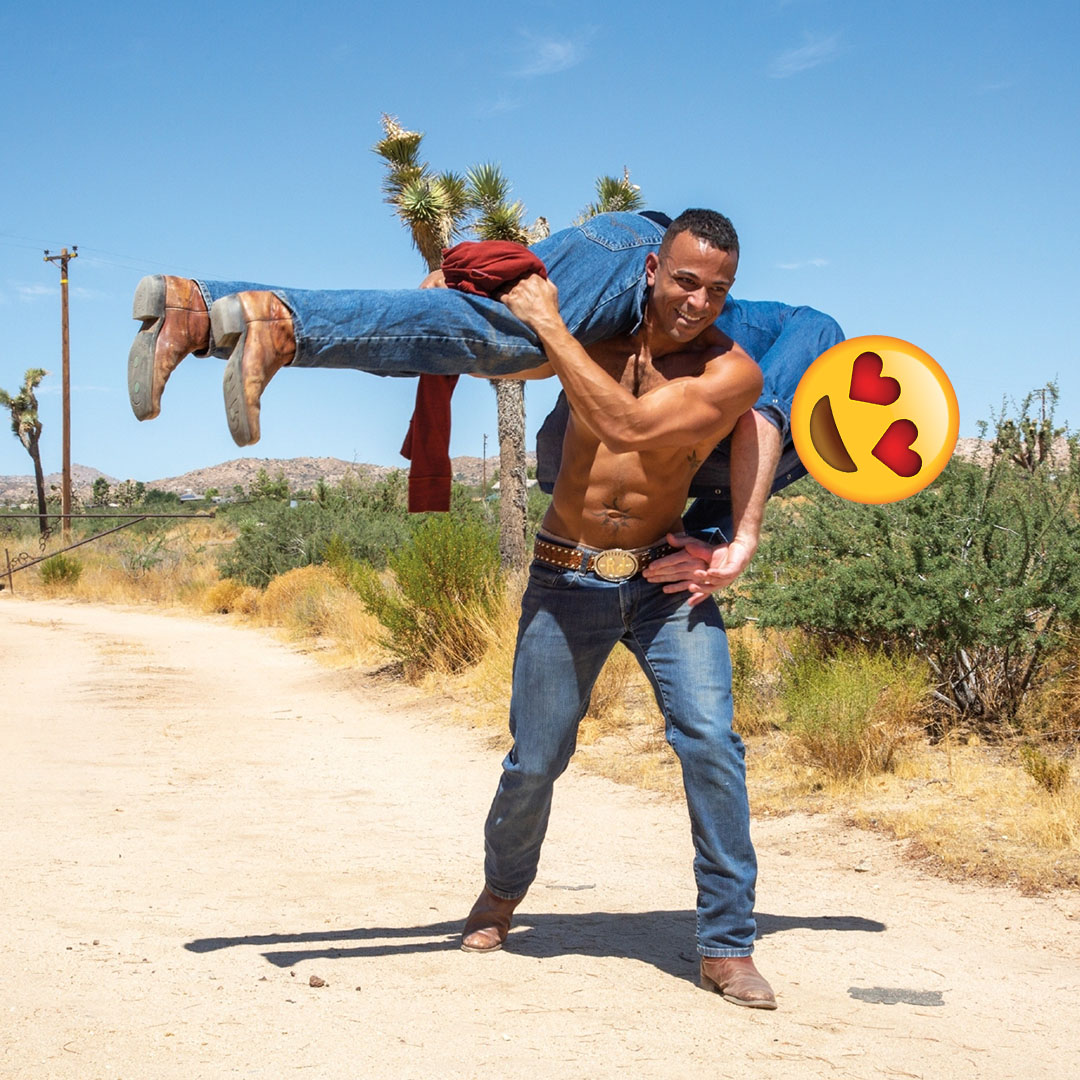 When moving to LA, what were the hardest things to get used to?

The hardest things that I had to get used to is navigating through the city without a GPS, the crazy traffic, paying too much for rent, and figuring out the gay scene, and making new friends.

You were with your first boyfriend for four years...was that too long for a first relationship? What did you learn most from that relationship?

No, I do not think four years is too long for a first relationship. What I learned the most from that relationship is how to love myself and to treat others the way I would like to be treated. Karma is a bitch! My ex put me through hell and I got put in jail because of his low down ass! I also learned that initially, I liked the idea of being in a relationship, not realizing how much work goes into being in one; It’s a lot of work and sacrifices involved.

It was illegal for your parents to marry due to interracial laws when you were conceived. What is your view on the progression of equality for the black community?

In this country, black people have to work twice, if not three times as hard as their white peers in order to make it anywhere in life; I saw it first hand from working in corporate America. It’s crazy to me that it’s 2021 and we are still hearing the term “First black _____.” The first black woman to hold the office of Vice-President, the first black man to be President, etc. Throughout the history of this country, black people have had to endure a lot of bullshi, you know, slavery, oppression, systemic racism, shit like that. Even though the cards were stacked against us, it is refreshing to see my people and people of color in general, breaking barriers in this country. Everything from politics, to education, to establishing black-owned businesses and the creation of generational wealth. Even though we have accomplished so much, there is still a lot of change that needs to happen within the black community as a people. What I mean by that is, there are some black people that are quick to say “Black Lives Matter” but they want to exclude black transgender lives due to their transphobia and homophobic traits. NEWS FLASH: It doesn’t work like that, you can’t pick and choose which black lives matter. You can’t be mad about George Floyd and Breonna Taylor but then turn your back on our black trans women. This is an issue that has to be addressed more frequently within our community in addition to tackling police brutality/reform and more.

How can the LGBTQ community best support BLM?

Continue to stand up for what’s right and march with us in this fight for justice. Also, you should donate to the cause. Visit the website for “The Center” which is a great resource for finding out what BLM organizations to donate to that are specific to the LGBTQ community.

Your first scene was for JustForFans....were you nervous? Tell me about it.

Yes, I was very nervous! I looked nervous in the video too; I was a virgin...a sex performer virgin. It was with this guy who goes by the name of BigC, I did not know anything about filming amateur content, editing videos, how to use Twitter, etc.; he showed me the ropes and was a great mentor and friend.

You were nominated for Favorite Bottom for GAYVN this year - what are your best sex tips for a bottom?

1.) Keep douching until the water is clear.
2.) Take Pure for Men and/or Imodium.
3.) Do not eat heavy the night before or the morning of the day of sexual intercourse.
4.) Avoid clenching your jaws during penetration in order to avoid muscle tension.
5.) Throw dat ass back like a big booty bitch on the pole at a strip club; when he fucks you, you fuck his ass back!

You have topped in some of your scenes...do you like topping in real life?

Yeah sometimes, just depends on who the bottom is.

What is one of the hottest scenes from your career?

I know that you’re only asking for one but there are just too many to choose from. I’m gonna give you a few to choose from and you tell me which one you think is the hottest!

You have also performed in live sex shows...is it odd having an audience in person watching?

Yes, it can be very awkward! That's why I get intoxicated prior to the show!

What do you do right after a long day of filming?

The first thing I do is COLLECT THAT CHECK! But for real though, it really depends on what I am doing on set. If I am topping on set then I like to relax by taking a shower, do my nightly skincare routine, and hit the bed. If I am the one to bottom, I love to eat first then shower and then catch up on some much-needed rest time. This also depends on how long filming is and when I get started, if I finish early enough then I will hit the gym and try to do something productive with the rest of my day!

Are you a romantic? What is the perfect date for you?

I can be romantic, I do enjoy setting the mood for sex. I really like a dimly lit room with candles, hopefully a fireplace, chill music, feathers, ice cubes, massage oil, and a bottle of Hennessy with some chocolates. FYI: The types of gifts that I like would be: expensive underwear, gallon-sized bottles of lube, poppers, a new cockring, dildo/vibrator, or some bondage equipment. The best way to show me you love me is by the way you fuck me!

I like doing fun shit for a date though, like going paintballing, bowling, laser-tag, working out, going to theme parks, an aquarium/zoo, riding ATVs on the beach or in the mountains, zip-lining, tubing down a river, riding jet skis, sailing, parasailing, taking hikes that lead to beautiful waterfalls and scenic views for us to make Justfor.fans content at. Also, two of my bucket list activities would be scuba diving and skydiving; my boyfriend is going to have to be adventurous! If someone wants to propose to me, it needs to be while we are doing something fun and exciting!

If you were to design a pair of Andrew Christian underwear...what would they look like?

I really haven't given much thought to designing underwear. However, if I were to design any type of underwear, it would be something that would allow me to be ready at all times for action!