Posted on September 9, 2020 by Andrew Christian

When you come for honey, you might get a little sting. LOL. Honey Davenport made a splash in the Work Room during Season 11 of RuPaul’s Drag Race. Even after a much too early elimination from the competition, she has used her platform with a no holds barred attitude as an activist for social justice, especially for trans rights in drag as well as against gun violence. This last Pride season, she made multiple appearances (courtesy of Zoom) to share her message of equality…served with a side of sass.

Honey started out in theater after moving to the Big Apple at the age of 17, touring with the national production of Hairspray, appearing to critical acclaim in numerous Off-Broadway productions, and performing as a backup dancer for Drag Race alum Peppermint.

Honey got her name from RuPaul during a book signing during which RuPaul misheard the name of Honey’s drag duo, The Hunties. Honey Davenport was born, and she hasn’t looked back since.

We sat with Honey for an AC Tea Party... 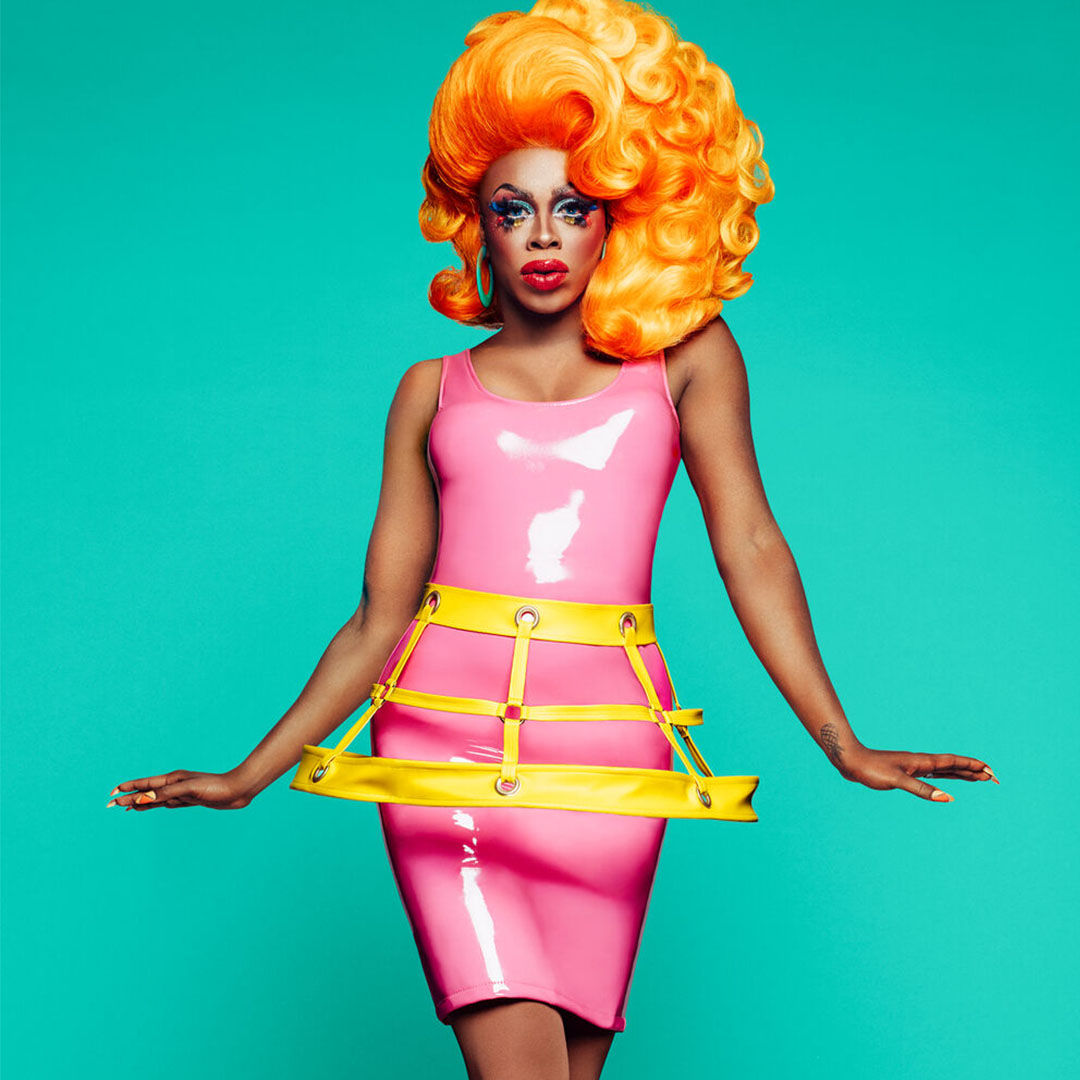 Who was your first celebrity crush?

Tell me about your first boy kiss.

My first kiss was while I was watching Soul Train on TV with my friend Travis. We were both 7 years old and a mattress commercial came on where a beautiful woman crawled into bed, snuggled with her husband, and gave him a kiss. We decided to re-enact that scene and my grandmother walked in on us. She made us pray about it and promise we would never do it again. But I remember being so confused and thinking to myself “What is it I shouldn’t do again? What did I do wrong?”

What was the first time you did drag?

Well back in the day, Bianca Del Rio, RuPaul, Linda Simpson, and I starred in one of those newfangled talkies. Just kidding, I was at the Pennsylvania Governor’s School of The Arts for Acting. There was a “Come As You Are Not” party; I decided to dress as my ballet dancer friend Becky and she went dressed as me.

How have you changed the most, as a person, from doing drag day 1?

I’ve definitely changed as a person. As James and as Honey. Honey is everything I have ever wanted to say to the world personified; so out of drag, at times, I can just sit back, relax, and reflect. When I was first doing drag, every moment of my life in and out of drag was focused on creating an outlet in which I could fully express myself.

Have you ever hooked up in drag?

Without a doubt, yes! Like, Honey Davenport is a sexy ass woman - of course I have! I would not deny the world the chance to enjoy Honey intimately. Back in the day, I also used to run a few stripper parties in New York City, and there were definitely some wild and crazy consensual situations in the dressing rooms beforehand. It was definitely a moment in NYC. Thank goodness, I am not that messy anymore.

What went wrong on Drag Race?

Nothing at all! I was able to appear as a real human being on my favorite television show ever! I wish I was able to showcase my talent and abilities more on the show, but I am so thankful that they decided to feature me…even if it was just for a brief moment, haha.

What would your strategy be if you were to come back for All Stars?

Make a lot of money beforehand. In my first time on Drag Race, I invested a lot of money into my outfits and preparation, and if I went back, I’d definitely want to do it even more over the top. Seriously though, RuPaul’s Drag Race gave me a platform to have a life where I can fully express who I am and create whatever I want. I think if I came back for an All Stars season I would want to go in with a clear message and plan on how to release my best possible art throughout the competition and afterward. I want to tell a story and expose the world to the art and message of Honey Davenport.

Every country is getting a Drag Race now! What country would you want to host Drag Race for?

Definitely Australia! I recently toured in Australia (before the whole pandemic) and I seriously think that country and myself are kindred spirits. I feel at peace every moment I am there. But if I couldn’t host Drag Race Australia, I would have to say that Bob the Drag Queen, Monet X Change, and myself should host Drag Race Wakanda. Seriously, Marvel needs to get their act together and make that happen! Think of the possibilities!

What was your biggest pet peeve about getting ready in the Work Room during Drag Race filming?

As much as I love her, I have to say Miss Vangie’s voice. She’s my sister and everything, I adore her, but she sounds like she smoked three blunts every day before filming, and even though I am fine without pot, it made me want some California Cannabis real bad.

You traveled on the road with Hairspray - do you have any fun, naughty stories from that experience?

Surprisingly enough, I was actually very celibate during that tour. So, while I may not have any particularly fun or naughty stories from that trip, it did help me develop my love of sex toys!!

In both, I definitely look for someone who’s romantic. If you can’t be romantic with me and sweep me off my feet, we’re not stepping foot in the bedroom. I always say, good trade comes with good snuggles.

No…. unless you’re talking about the size of someone’s heart. To me, a kind person is more attractive than any size.

If you were to design a pair of Andrew Christian underwear, what would it look like?

Hmm, that’s a good question. They would have to be backless because nothing covers my honey buns. It would also be helpful if they came with a small pouch to store condoms and PrEP. And in an ideal world, they would be self-lubricating. As the self-proclaimed “Queen of Lube” everyone knows I love lube, but I don’t always like getting it all over my hands. So, when are we working together to make this happen? LOL