6 Historic LGBTQ Monuments Around the World

The American musician Rhiannon Giddens once said, “Know thy history. Let it horrify you; let it inspire you.” Her message applies not only to the people of any nation but also to the members of the large LGBTQ community. Contrary to what one may think, LGBTQ history cannot be narrowed down to just one or two events, like the Stonewall riots, or the passing of Denmark’s pioneering act of allowing same-sex couples to register in legal unions. The rich history of the community is honored at many sites around the world. In times of pandemic, it is hard to travel, but our today’s list suggests important landmarks worth visiting in the future.

The Legacy Walk in Illinois

Those who live in Chicago must be aware of the fact that the Legacy Walk in Illinois is the world’s only outdoor LGBTG history museum. Once you’ve reached North Halsted Street at West Cornelia Avenue, a rainbow pylon welcomes you to the landmark gay village. The Walk consists of 38 bronze memorials, each of which commemorating the life and achievements of notable LGBTQ individuals, such as Leonard Bernstein, Walt Whitman, Cole Porter, Reinaldo Arenas, just to mention a few. Since the launch of the Legacy Project in October 2012, the Walk has been visited by 1.5 million people annually. In 2019, the Legacy Walk was declared a historic landmark.

This one is really beautiful and would bring tears into your eyes! The angel is made of bronze and stands near St. Peter’s Church in the center of a square in the shape of a cross in the German town of Frankfurt. The rather long and hard to pronounce German name under which this sculpture in memory to the victims of the Third Reich is known is Mahnmal Homosexuellenverfolgung, or Memorial of the Persecution of Homosexuals. The inscription on the statue further clarifies that it is dedicated to all the homosexual people who were hounded under the German Criminal Code during the 1950s and 1960s. Other similar memorials on the territory of Germany are the Rosa Winkel (Pink Triangle) Memorial in Cologne, and Denkmal für die im Nationalsozialismus verfolgten Homosexuellen (Memorial to the Homosexual Persecuted Under the Nazi Regime) in Berlin.

Been to Sydney and taken a walk around Darlinghurst, the city’s gayborhood? No? Well, then this place should definitely be your next destination when international borders reopen for tourism and travel. Let us prep you for what to expect once you’re in this funky, intense-energy, gay-friendly area east of Sydney’s central business district. Next to the Sydney Jewish Museum, there is a park, the Green Park, which hosts a memorial commemorating the lives of thousands of gay people killed in the Holocaust. It is in the form of a large pink triangle with black holes, no way to miss it!, which has been there since 2001.

In 1997, a site in Dublin’s Merrion Square Park, not far from Trinity College, was specifically chosen for a stone. And not just any stone, but the one on which Oscar Wilde would be resting in a carefree posture for eternity. Many find this statue of the great Irish writer and bon vivant rather eccentric and even mischievous. And it is, in fact, quite unusual. The colors and textures of the statue come as a surprise to anyone who sees it for the first time. The jacket of the most famous gay playwright of all times is carved from nephrite jade and collared in pink Norwegian variety of the mineral zoisite. His pants are “tailored” from glistening blue granite, and the shoes made from black granite look spit-shined. As a result, this life-size Oscar chiseled from stone looks as dandy and flamboyantly fashionable as the original one. 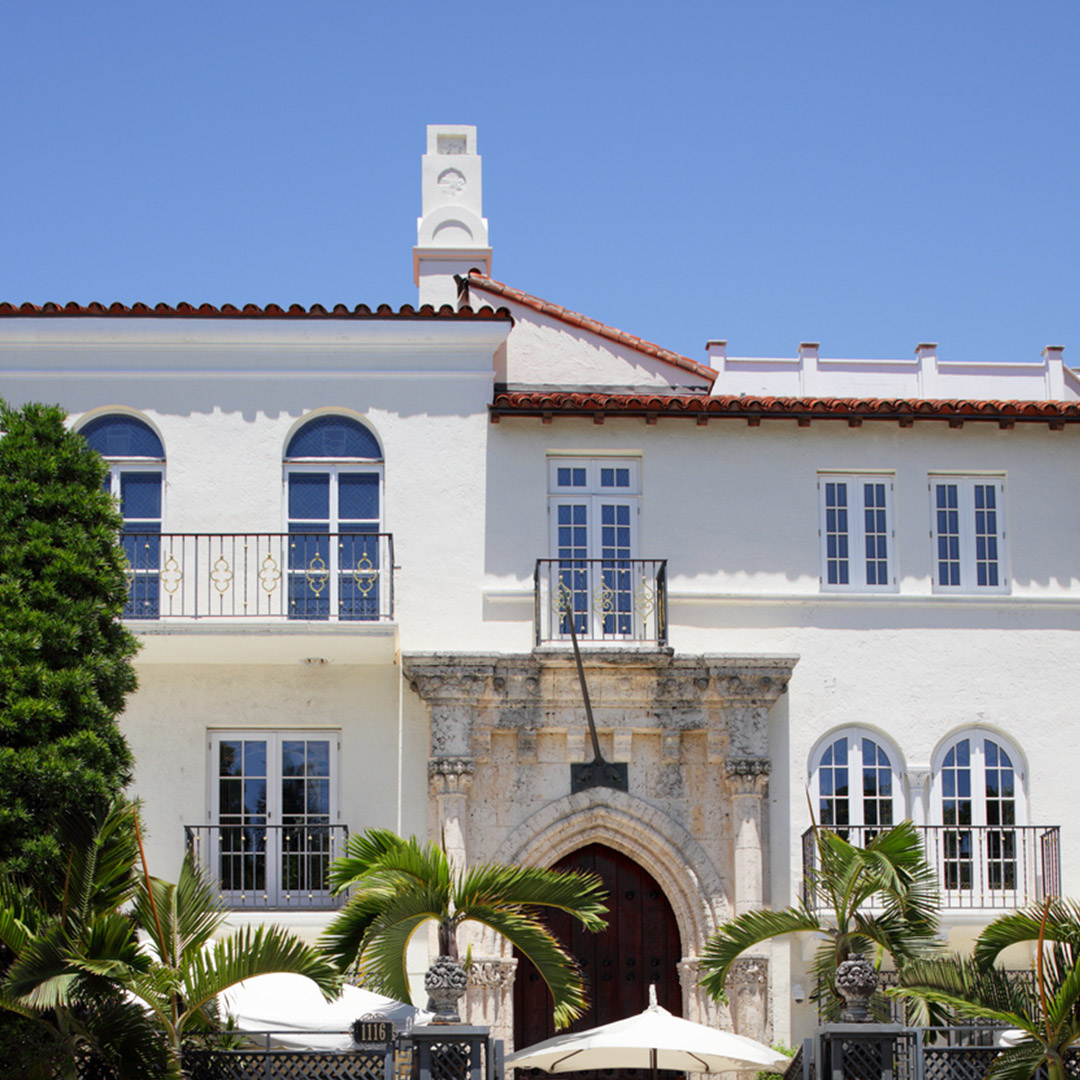 23 years after Gianni Versace was shot by Andrew Cunanan on the front steps of his home in Miami, Casa Casuarina continues to be a grim, but a very popular tourist attraction. Actually, the building was given historic designation in 1979, when South Beach preservationists applauded the Italian designer as the mansion’s savior. Back in the days, Casa Casuarina became a landmark because of the extravagant parties its owner threw, and its famous guests, like Princess Diana, Elton John, and Madonna. Nowadays, it’s totally possible to take a look inside the mansion and get an impression of what it was like to live there because it’s been turned into a hotel. And a very expensive one! If you want to feel like Versace even for one day, it will cost you $1000 for a room in one of the Casa’s 10 suits.

Amsterdam is an attractive touristic city for many different reasons, but to gay people, it’s the European Gay Mecca. The Homomonument was opened in September 1987. It is situated on the bank of the Keizersgracht canal, near the historic Westerkerk church. The monument represents three pink triangles made of granite, arranged in a way to form a larger triangle. It had been designed and commissioned seven years earlier following the actions of gay activists who were arrested in 1970 for placing wreaths on the War memorial in Dam Square to pay tribute to all homosexual people who died during the Second World War.