One of the largest and most popular travel book publishers ranked Denmark’s capital Copenhagen as the World’s Best In Travel City for 2019. In this “capital of cool”, as they call it, old-time cobbled streets, 19-century warehouses and canals meet trendy galleries, eateries, Indie bars and modern architecture. But not only is Copenhagen a cutting-edge city, it’s also the best place where you can unleash your gayest side.

Here are 7 solid reasons why Copenhagen should be your next tourist destination. Or why not, even the place where you are going to live happily ever after.

While many countries have just recently started to open up towards gay culture, Denmark has been a front-runner of gay rights for more than 80 years! In times when gays were still persecuted as criminals in many Western countries, Denmark was the first to legalize homosexuality in 1933, and to establish a National Association of Gays and Lesbians in 1948. Even the most thick-headed traditionalists have never thought that being “bøsse” (urban slang for gay) is unacceptable, gross, or something to be ashamed of, and would welcome you with open arms.

As an experienced gay traveler, you know that almost every big city nowadays has its gay district where you can enjoy the company fellow gays, and do your thing without being judged or frowned upon. So, now you’re probably eager to learn where to find the Copenhagen’s gay district. Actually, it’s very hard to find a distinct gay neighborhood, one like Le Marais in Paris, Schöneberg in Berlin, or Vauxhall in London. While getting to know the city, you suddenly realize that isn’t one gay friendly neighborhood, because the whole city of Copenhagen itself IS the gay friendly neighborhood of Scandinavia.

Yes, you read correctly. Centralhjørnet is one of the prides of the Danish capital. The bar’s name (The Central Corner) comes from its location: It occupies the ground floor of an old corner building in the very heart of the city. On 1 May, 1917, the former shoe store (where they used to sell not only shoes, but also brandy and beer) was officially transformed into a pub, where mostly middle aged “bøsser” would gather not only to share a beer and a laugh, but also to socialize with brothers in gayness. When the bar turned 100 in 2017, the event was largely covered by all the big media in the country. 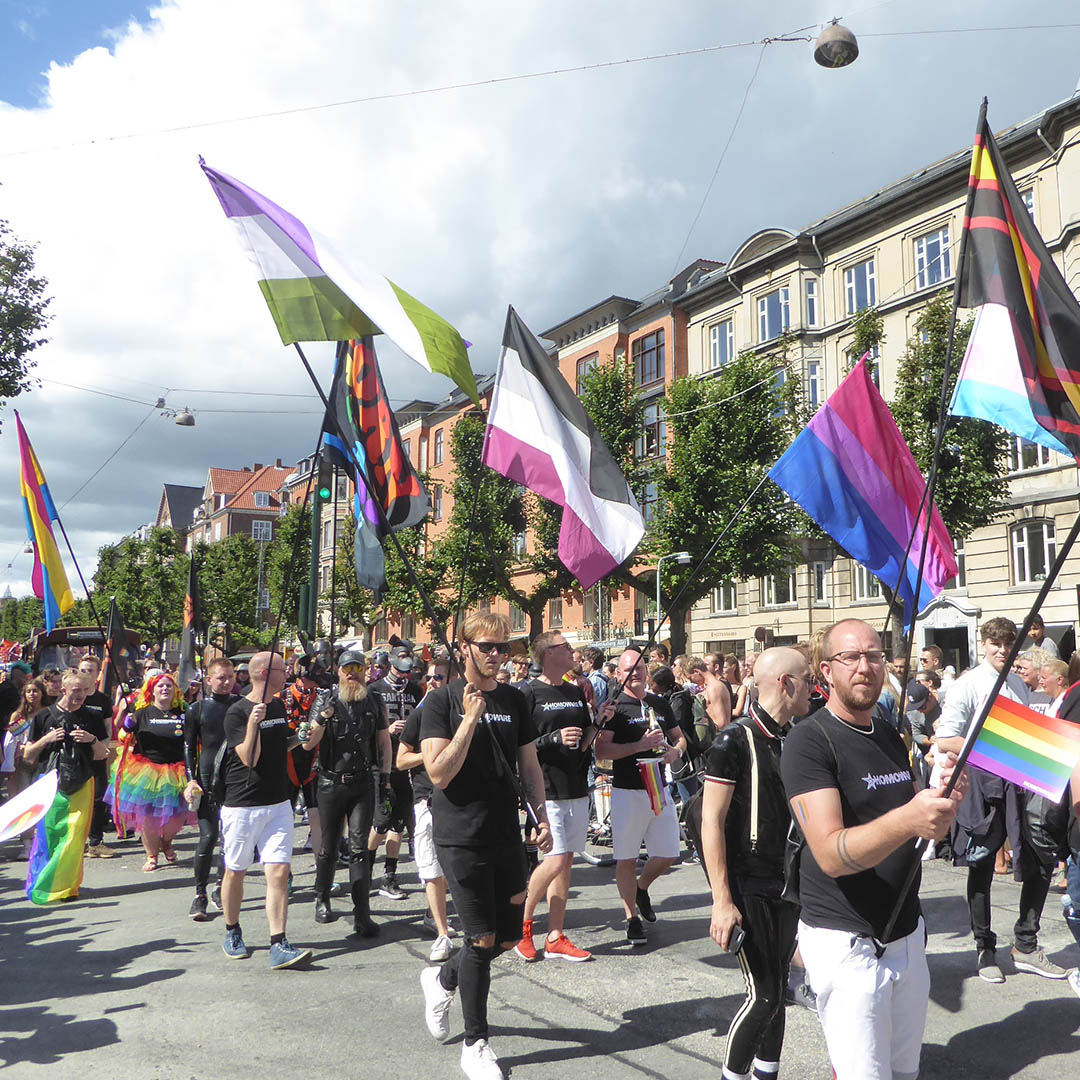 You can see them literally everywhere - in The King’s Garden park, on the streets in the shopping area, in cafés and on jogging lanes. Strikingly beautiful fathers proudly pushing strollers with their red-cheeked toddlers. Marriage, adoption rights and surrogate pregnancy have been available to gay couples for ten years now. A 2017 poll showed that 86% of the Danes supported same-sex marriage.

Needless to say, gay bars and clubs in Copenhagen are as many as the kindergartens and bakeries. The choice where to party tonight can be overwhelming for a newbie. But if I have to pick just a couple of names, I’d recommend some of the bars located within walking distance of each other, all of them in the City Hall Square area. Oscar is one of the most popular gay hangouts with voguish interiors and the cutest staff. If you’re into karaoke, My Fair Ladies is your place. Great priced drinks, cozy atmosphere, video screens playing popular musicals and Eurovision numbers. At first, Jailhouse may seem like a dump where suspicious characters are hanging out, but when you get to know the bartenders and the regulars, you’ll want to get arrested and stay there for quite a long time.

6. Splish-splash in the sauna

Let me warn the sauna and bathhouse goers. There is only one gay sauna of a traditional type in the city. Nevertheless, it’s totally enough if you want to enjoy not only a steamy bath, but also an exciting carnal experience. Amigo Sauna is situated in the city center and gets busiest on Fridays and Saturday evenings. And when you’re done, you can get refreshed with a pint of beer in one of the many gay bars nearby.

7. The pride of the Pride

Of course, you’ve been to many prides and you have your favorites, but If you happen to be in Copenhagen in late August, you’ll be able to see how the Danes do it. And you gonna love it! In the past two years, 40,000 took part in the parade on 180 different floats, and 300,000 more people were out along the parade route to experience it. The schedule of the Pride Week is jam-packed with electric parties, amazing drag, concerts, movies, and political discussions. What’s more, many couples, gay and straight, decide to tie the knot during the festivities. And in this respect, a Copenhagen wedding on a whim is way more stylish than a shotgun wedding in Las Vegas.

With all of the above said, now you realize why Copenhagen is a place where you can feel comfortable in your own skin, love and live freely, and express yourself in whatever way you wish.