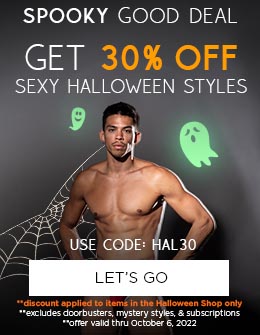 Boy Band Videos That Made Millennial Gays Jerk Off

New Kids on the Block “Step by Step”

Yes, NKOTB was more for the Gen X crowd, but once in a while you would get a taste of this boy band thanks to a MTV or Vh1 throwback hour and when you did, you were like - okay, I like this! And if you happened to continue to dive deeper into the Block, you probably developed a thing for older men that you are just now realizing is rooted in your childhood crush on Jordan Knight.

Those who grew up jerking off to Nick Lachey and Co. most definitely live to gawk at the gym now because...do you remember how bodied up this boy band would be in their videos? Especially this one. Like, who needed cable past midnight when MTV was showing you Nick Lachey’s nipples at 3pm?

Who didn’t see this trio of European hotties and think, damn give me that summer vacation abroad so I can get me a man like that?

N’SYNC “Tearin' Up My Heart”

There were so many N’SYNC videos that lent themselves to be jerk-off material but there was something special about this bare-bones, record label wasn’t too sure about investing them just yet, video. Perhaps you just enjoyed that it was five guys just enjoying life and one another’s company in very tight tees and tanks?

This was one of those boy bands that had very minimal success in the US but hey, there was a big wide world of millennials out there watching music videos - and somewhere out there, a kid saw this and was moved in all sorts of ways.

O-Town “We Fit Together”

You were years away from Fire Island, but in the back of your head seeing these five guys party on a boat was sending you there. Yes, “Liquid Dreams” was way more suggestive, but you were living for this sea men fantasy they delivered.

Westlife “What Makes A Man”

When it comes to men in shiny suits doing something for you, it is one of those you just had to be there moments in time because OMFG they were IT in those looks, right?

Backstreet Boys “Everybody (Backstreet's Back)”

Okay, so yeah they were dressed like various monsters from horror movies past but they were doing hot ass dances in Renaissance Faire-looking ensembles, asking you if you were sexual...I mean? When you are full of hormones and need a release, a hot blonde by the name of Nick Carter asking you that and then gyrating is really all you need as you scream, “YES!” back at the TV.